Does the THX Deep Note Actually Increase in SPL/IL?

This may be more of a question for the Physics StackExchange, but I thought I'd post it here since it is in some sense a musical question. The Wikipedia article on the Deep Note includes the description given for it in the trademark registration, which states that

The THX logo theme consists of 30 voices over seven measures, starting in a narrow range, 200 to 400 Hz, and slowly diverting to preselected pitches encompassing three octaves. The 30 voices begin at pitches between 200 Hz and 400 Hz and arrive at pre-selected pitches spanning three octaves by the fourth measure. The highest pitch is slightly detuned while there are double the number of voices of the lowest two pitches.

From this, and the later quote by sound designer Gary Rydstrom,

from a technical standpoint, 'Deep Note' just feels loud because it has a spectrum of frequencies that grows from small to large.

It's clear that the Deep Note's famous loudness comes at least in part from the psychoacoustic fact that the perceived loudness of a sound has a dependency on both its bandwidth and center frequency. In particular, the ear is most sensitive to sounds in the 1-5 kHz range, and as the bandwidth of a sound grows beyond a certain critical band, its perceived loudness increases. In combination, the upward glissando of each of the voices in the Deep Note and their divergence in frequency creates a sound that may seem incredibly loud even at a fairly low total intensity/sound pressure level.

My question on the Deep Note is instead: Do the separate voices actually undergo an increase in sound intensity, or is our perception of increased loudness only due to the frequency factors mentioned above?

Every resource I've found mentions the frequency changes, but I can't seem to find much information about a change in intensity. Any references you can provide would be appreciated.

Below is a screen shot of a 96 kHz PCM file of the Deep Note with peaks rendered by Wave Editor clearly showing a dramatic change in intensity: 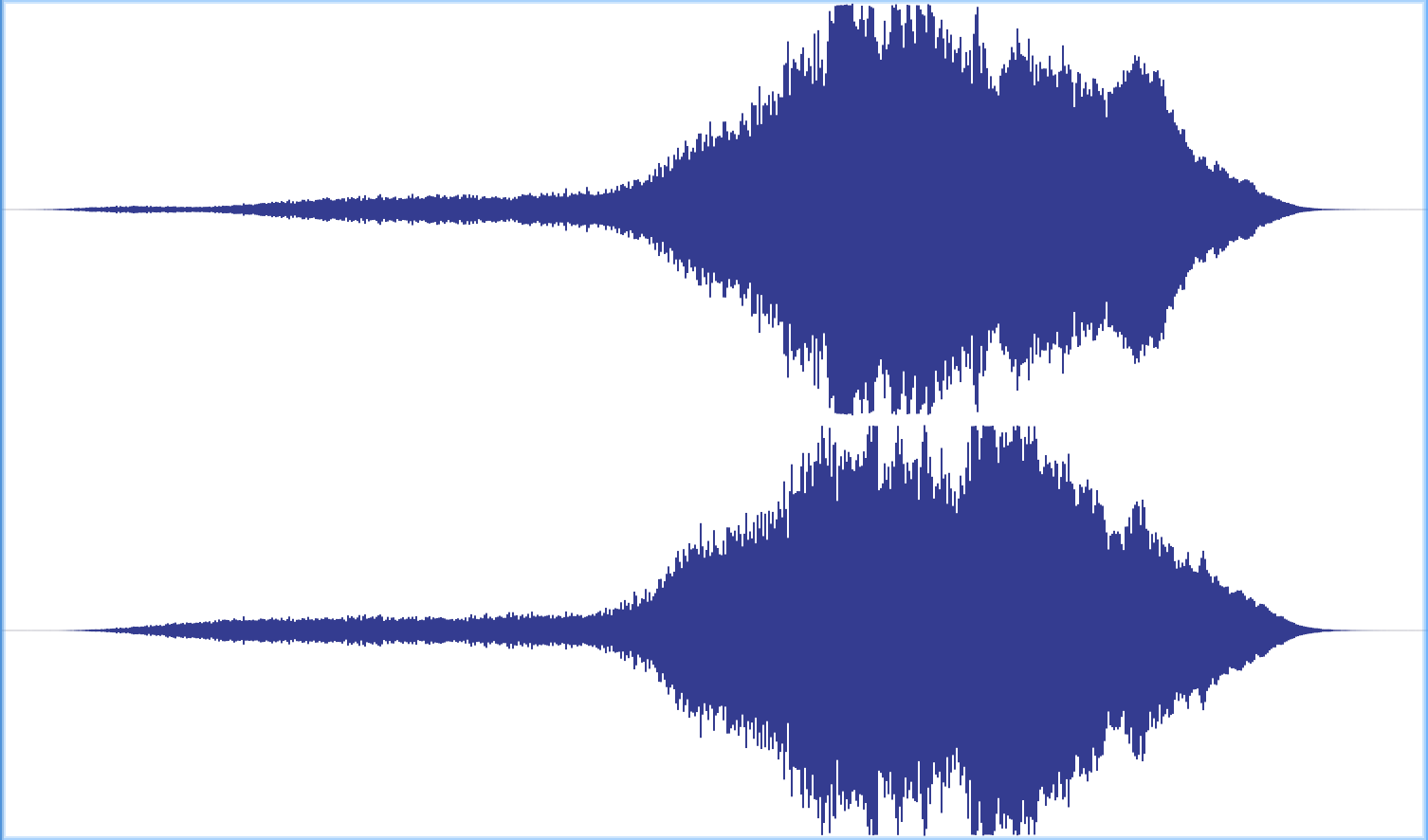 The low area early in the file are about -22 dBFS and the highest peaks in the last third are full scale (0 dBFS).

Not the answer you're looking for? Browse other questions tagged acoustics psychoacoustics or ask your own question.

4
Does a note/key/string struck on one piano cause the same note on another piano to resonate?
2
What does it mean to play a note for half a second?
17
What's the shortest that a note can be and still have a recognisable pitch?
2
What contributes to the roughness of a sound?
24
Why do listeners hear the lowest note of a chord most distinctly?
2
How does the ear pick which note to hear when hearing guitar vibrato
11
Is there actually an "undertone series"?
8
What is the main note you hear when hearing a chord?
2
Flutes in octaves sounds like an organ? Why does this happen?
24
When we press a piano key, why does a high pitch note not run for as long as a low pitch note?