Can anyone explain what is meant by the "wavy line" notation in the photo (bottom staff in each system)?

It's from Peteris Vasks, Symphony for strings "Stimmen". 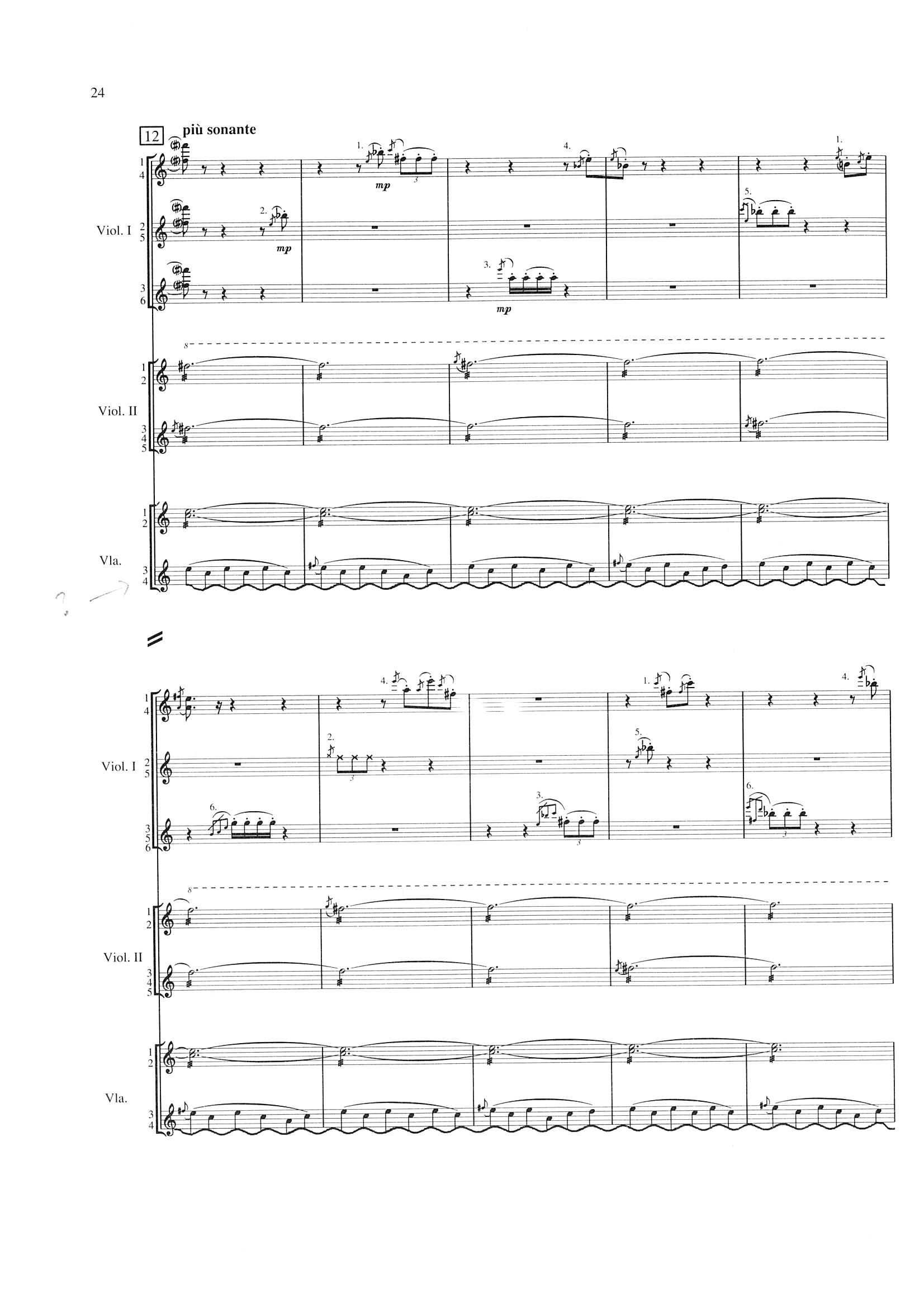 I don’t know Vasks’ music, so I can’t say with absolute certainty, but I have seen the same notation in the music of Sofia Gubaidulina and Kaija Saariaho. In their music, wavy beams are used to indicate extreme, and independent, rubato. One could argue that it is unnecessary, since “rubato” and “molto rubato” are notations that already exist, but I think that the intention is more radical than the simple “rubato” would indicate. The player is being asked to essentially become “unmoored” from the rhythm and pulse of the other instruments.

In an unaccompanied solo piece, the marking is not different from “molto rubato” or “freely” or “without regular pulse”, but in a chamber texture such as your example, it implies a more radical separation from the group. It also makes it easier to read passages that quickly shift back and worth between strict and free pulsation.

One question I would have in this Vasks’ example is: since this is both viola 3 and 4 with the marking, should they try to be free collectively or individually? Unless the score specifies this elsewhere, I would assume that the two violists should take play in their own times and with their own sense of vaguely shifting pulse, creating an even more complex texture.

10
Is there piano notation for finger sustained notes (as opposed to pedal sustain)?
6
“Ut” and “La” notation on horn and cornet instruments in orchestral score?
5
Key-agnostic voicing-based notation (piano)
4
Eighth note equals eighth note piano notation
9
What is this musical notation: 0 vertically centered on staff after a barline?
4
Is divisi notation needed for brass or woodwind in an orchestra?
0
How to indicate divisi with specific uneven players
0
Notation for bowed instrument to play chord from high to low
2
B flat 6 arpeggio notation