why is some sheet music written 1 octave lower?

Why are some vocal lines in songs notated 1 octave lower than what is actually sung. Here is an example: 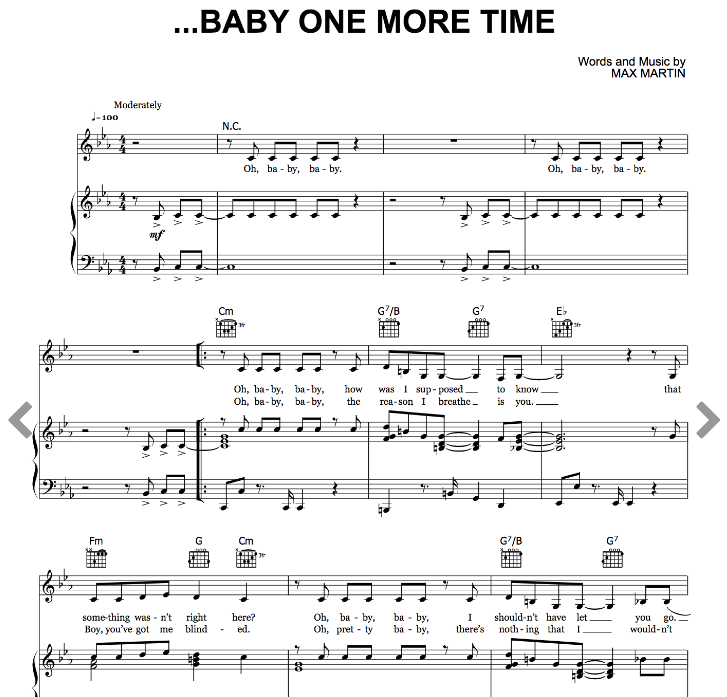 I am pretty sure that Britney Spears voice is singing octave higher than what is notated here so why was this notated like this?

There are a couple of reasons that music can be written in a different octave:

In this case specific case, the music is actually in the correct octave. Britney is singing quite low, which is pretty common for female pop vocalists. You can hear her shift into the higher octave on the lyric "still believe" at 1:08.

If you're using a guitar to figure this out, you have to be aware that guitar sheet music is written in the "wrong" octave. So the written middle C on guitar is actually going to be the C an octave lower. As the sheet music is written for vocals, they haven't notated the octave transposition required for guitar.

16
What are all these symbols in some old sheet music?
4
having trouble reading some sheet music
3
How to be sure vocals are transcribed into the right octave?
4
How to easily transpose sheet music?
10
Most complex “block” of sheet music notation
2
Naming convention for sheet music?
5
Problems reading sheet music with visual disability
2
Common for vocal octaves to be not exact with written sheet music?