I'm working through "Guide to the Practical Study of Harmony" by Tchaikovsky and I had a question about this section on triads (he's working with a C Major scale):

I'm not sure how I'd categorize them, and I suppose they have to placed somewhere, but I'm not sure why they're being placed here.

I Googled around some and found some conflicting information on Open Music Theory which has muddied the water further:

If you are already comfortable with Roman numerals, you can generally think of I, III, and VI as tonic, II and IV as subdominant, and V and VII as dominant. (Though, as you will see below, there is more to it than that.)

I suppose I'm just looking for some clarity here. It's important that I understand why Tchaikovsky is placing the 3rd and 2nd triad where he is as I keep plowing through the book. Thanks for the help!

It is not. The third triad is the mediant. The triad on the fifth degree is the dominant.

This definition from the Harvard Dictionary of Music summarizes the point well... 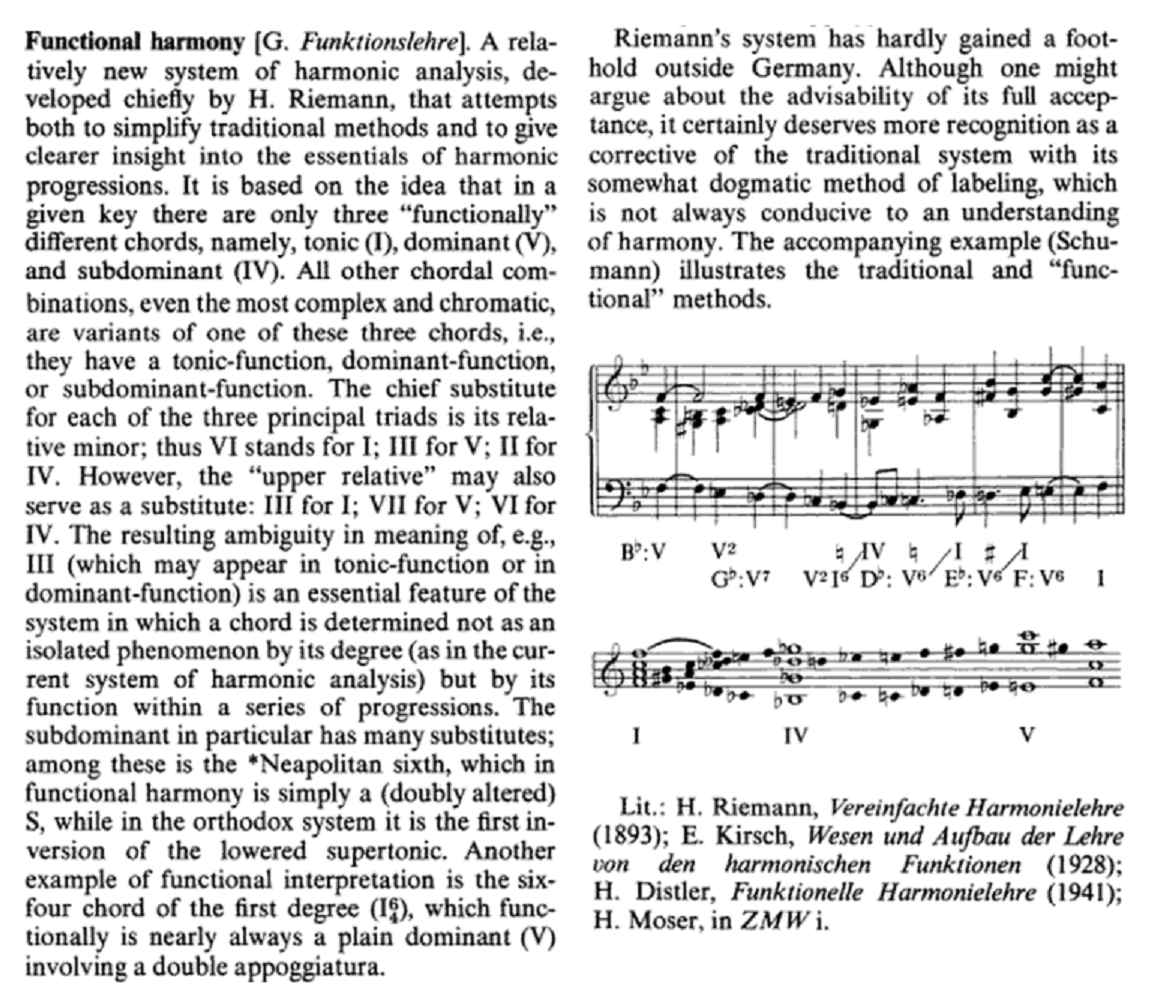 It should be understood that such substitutions lead toward ambiguous tonality. That is not a problem per se, but cadences won't have their proper function if chords are substituted. V iii, iii I, etc. won't work as perfect cadences.

Not the answer you're looking for? Browse other questions tagged theory scales chord-theory harmony beginner or ask your own question.

1
Are there any cases where the mediant chord has dominant function?

0
Making part of a triad chord sharper, but is it counted as minor?
4
Chord construction using the minor scale
5
What's the logic behind chords building patterns that are in key?
3
Preparation of dominant ninth chord
11
Why are second inversion triads considered less consonant than first inversion triads?
1
Can we understand subdominant/dominant chord functions in terms of them being tonics of other keys?
8
What are the degrees of a pentatonic scale called?
5
Why aren't subdominant (IV) triads the same in both major and minor?
2
Why are scale degrees 1, 4 and 5 normally doubled in 1st inversion chords?
5
Homework question on identifying a key from a V triad