So I made this frequency spectrum analyzer and tested various instruments playing a certain note. There doesn't seem to be any problem with the 'equalizer'. However, I found the spectrum for trumpet rather unusual. 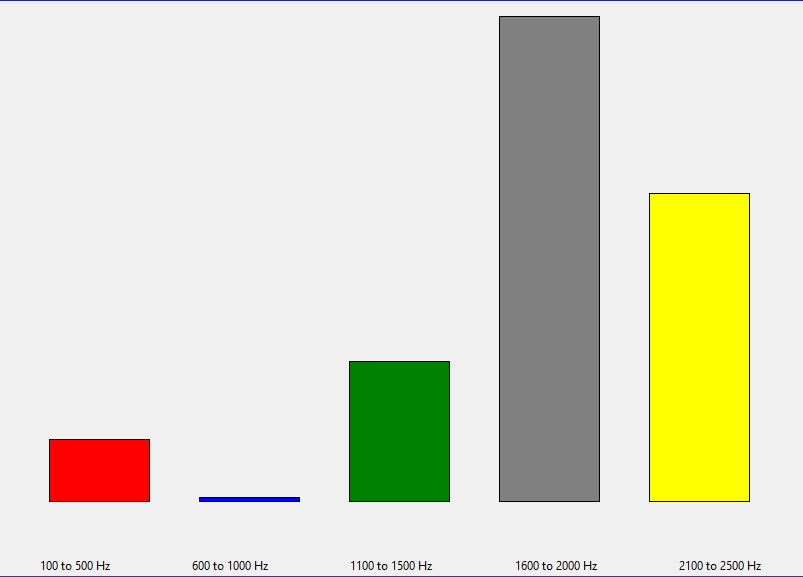 So the fundamental frequency isn't the one with the highest intensity. Higher harmonics (1.5kHz to 2.5kHz range) harmonics have a much higher contribution to the sound.
Keeping in mind all the frequency ranges are of the same size, I couldn't think of any possible explanation other than this being a characteristic thing for trumpet, which makes me wonder if people perceive the note to be that of the first/second(or whatever in 1.5-2.5kHz range) harmonic or the fundamental frequency?
Also attaching spectrum for saxophone for the same note: 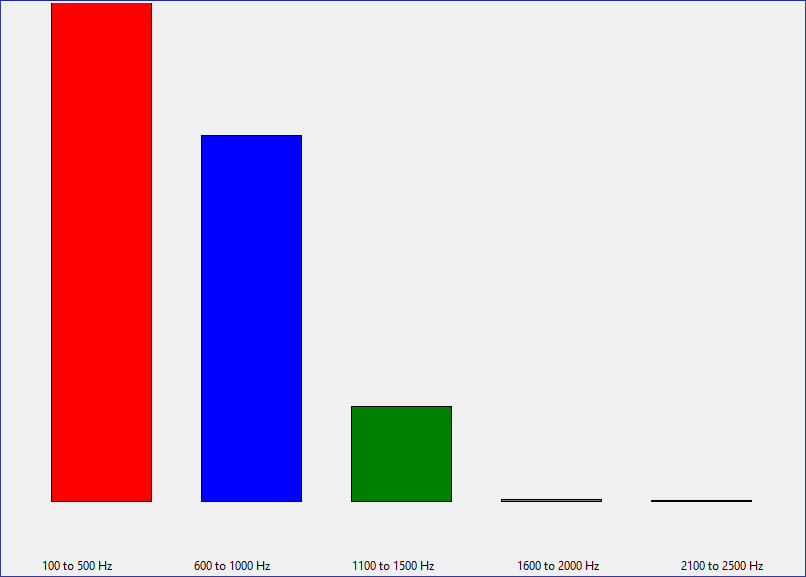 Excellent find! Trumpet, as well as the acoustically similar trombone, are very peculiar instruments when it comes to physics. They are cylindrical tubes closed at one end, so they should have a fundamental wavelength that's 4x the length of the tube, and then only generate odd overtones. Look at clarinet for an instrument that actually obeys this1.

But trumpet clearly plays a full overtone series, except for a fundamental that's apparently missing. And if you measure the actual tubing length to see what the fundamental should be, something screwy is clearly going on.

The answer is that the tube of metal does want to produce only odd overtones, but the design of the mouthpiece and bell wrangle the overtones into a full overtone series. See here for details.

This means that the trumpet actually does not produce its fundamental at all! You hear only the 2nd and higher harmonics, and your brain fills in the missing fundamental. It's not actually there.

The trumpet uses this psychoacoustic effect innately, but it has been intentionally used in a few other areas as well. Organists will play a set of notes that imitates an overtone series, which causes the unplayed fundamental to seem to sound. And a few modern saxophonists have learned to use multiphonics (singing through the instrument while playing) to do the same, called Tartini tones.

1The clarinet has a body length that's approximately the same as a flute or soprano sax, but plays significantly lower. Then, when you add the register key, the instrument jumps up a twelfth instead of an octave (to its third harmonic).

It is not uncommon for some of the higher harmonics to have a larger amplitude. Take a look at the frequency spectrum of a trumpet for example. Trumpet Frequency Spectrum 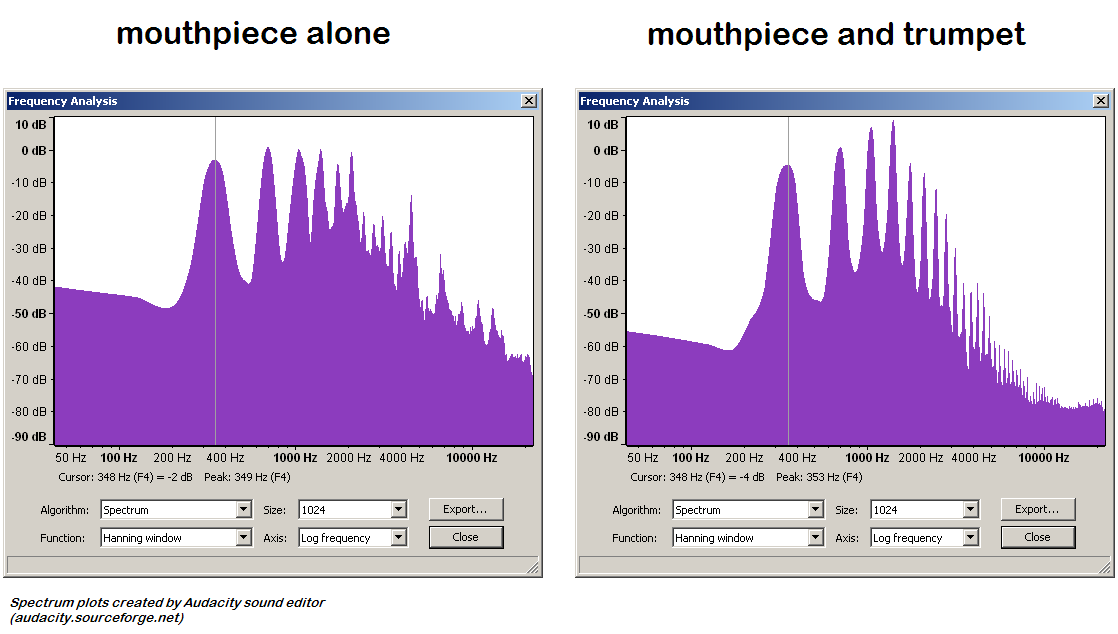 Not the answer you're looking for? Browse other questions tagged acoustics trumpet harmonics frequency or ask your own question.

8
What are the acoustics of brass instrument pedal tones?
3
Playing 440 Hz, what are the harmonics for a trumpet? For a flute?

11
Trumpet improv harmonics?
4
Can a person learn trumpet using a pocket trumpet?
6
How do I figure out the fundamental frequency of a sound from its frequency spectrum?
4
What determines the relative volumes of the harmonics when plucking a guitar string?
3
Trumpet and braces
2
Does the THX Deep Note Actually Increase in SPL/IL?
0
What frequency ranges are most instruments in
2
How to apply pinch harmonics? This isn't about how to play it, it's more about how to use it in a musical context?
8
What are the acoustics of brass instrument pedal tones?