What does the dotted line mean between the eighth note stems in the LH part? This appears in the Dover edition of Haydn's Piano Sonata No. 1 in C Major. It is present in both movements one and two. When I've looked at other versions of this piece, the dotted lines are missing, but in their place is portato notation. I'm wondering if the dotted lines have anything to do with that? Any insight would be much appreciated! Thank you! 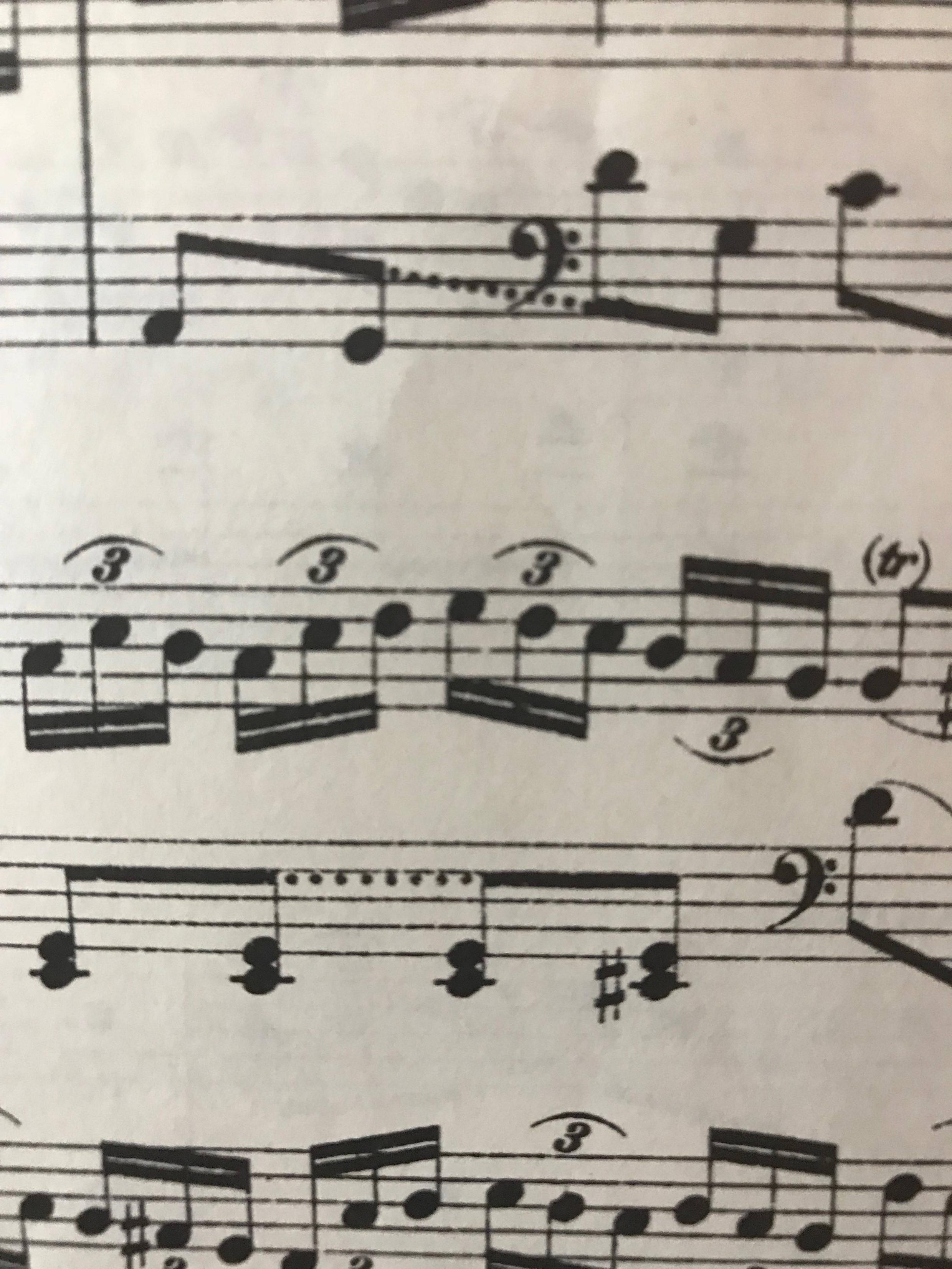 In Haydn's time, short beams were used in the same way as short slurs in modern music, i.e. to show articulation. Since much sheet music at that time was hand-written, this convention saved time for the copyists - and it's just as easy to read as modern slurs, when you know what it means!

I haven't looked at the OP's particular example, but in some critical editions this type of "dotted" beaming is used to show differences in beaming between different hand copies of the same piece, or to show editorial "corrections" where different beaming was used for different repetitions of the same musical phrase within the piece. (Whether such changes are really "corrections" or just editorial pedantry is a different question, of course!)

I doubt that Breitkopf & Härtel intended the beams to be aligned and the dotted lines not to be printed. Here's another example, from the second movement's b.8: 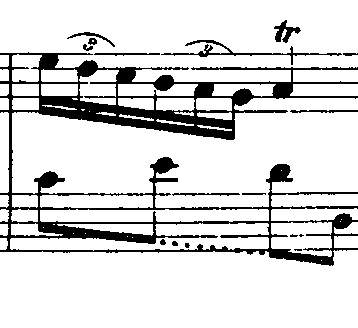 That beam between the first two quavers/8ths in the lower stave is definitely wrong -- it goes down whereas the notes go up. That shows that it's implausible that the engraver intended separate beams and the dotted line was not intended to be printed (a suggestion that had been made earlier in this thread though it has since been deleted).

This edition has a few editorial marks in parentheses (dynamics; accidentals for ornaments). This suggests the possibility that the dotted line is editorial. Seeing as four successive quavers/8ths in half a bar of 4/4 would normally all four be joined with a single beam nowadays, perhaps the editors indicated "we beam the notes in fours though the original beamed them in twos"? But that doesn't explain why this is done in some but not all possible cases.

This might seem silly and anticlimactic at first, but think about it: might not the editor have marked the page for aesthetic accuracy - that is, to make sure his lines are parallel?

My first guess was that this was meant to show the reader the transition of the B with the change of clef. However, what then, would the second line denote?

8
How are editorial additions/changes to a score indicated?

3
Note length line (beam) placement in numbered musical notation
1
What is the name of this musical symbol (squiggly line)?
2
half note and eighth note stems for voice parts
0
Can a dotted eighth note delay be applied onto a piano piece?
3
When and how to use finger and position markings?
6
Is there a musical difference between a work ending with a whole note and one ending with a whole note tied to an eighth?
3
Dotted quarter rest vs. eighth note rest + quarter rest
1
Making a lead sheet to practise transcription - have a few queries
4
Note and dotted note on the same line - Lilypond