Question about the key of Bob Marley's “Three Little Birds”

Most sites list Bob Marley's "Three Little Birds" as being in the scale (EDIT: key!) of A Major.

But I noticed that the vocal melody contains a G natural when Bob sings the word "be": (i.e. "every little thing gonna be alright"). Yet, the A Maj scale contains a G#, not a G natural doesn't it?

At the time this note is played, the chord underneath is a D Maj - which has a G natural in it - I believe I'm right in saying the only difference between the G Maj scale and D Maj scale is the G, so I'm wondering:

a) Is the song actually in the scale of D Maj, not A Maj?

b) Is the song in A Maj but with a vocal melody in D Maj? (if so, is this kind of thing common?)

c) Is this a modal thing (I vaguely remember reading about songs that temporarily borrow notes from another mode and I think this is the correct terminology)?

EDIT: I incorrectly referred to the G Natural as a flattened G in the original post - hence the confusion in the replies.

Do you mean a natural G, and not a G Flat? I think you do. I think there is either a passing tone there, or even a brief passing chord of G major which would be borrowed chord, the flat VII.

EDIT: I found this on line...not sure how accurate it is but this was the basis of my answer: 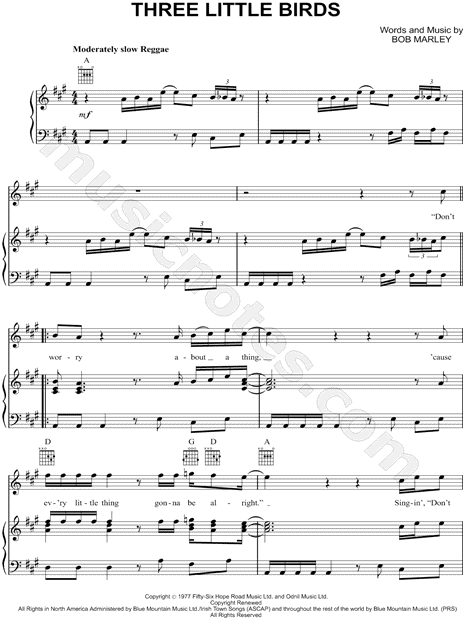 Not 'In the SCALE' but 'In the KEY'. If you try to equate 'being in a key' with 'only using the diatonic notes of that key' you're going to get very confused.

At that point in the song the basic harmony, as laid down by the bass, is D major. (Look at the whole bar, not just the bass note than happens to come under the G.) There's a definite G major triad in the upper notes though. If you're in 'harmony class' mode, you could explain it as a double unprepared suspension into the D chord. But, in context, it's just a common blues/gospel lick.

You're dealing with blues-based music here. A b7 note or chord shouldn't be surprising you! How do you cope with a classic blues in A - using A7, D7 and E7? There's a structural G natural there from the outset (not to mention the likelihood of decorative 'blue' C naturals). But it doesn't stop it being 'in A'.

In key A major, there is F#. Bob sings that note frequently, usually over the D chord part of the song. Don't know where you found the idea the note was Gb, but its enharmonic of F# fits fine, so there is no problem here. Can only hear the 3 chords A, D and E.

OP is right: The tonic is definitely A. Attempting to fit every single note played into a key isn't going to work here, as you have both the G♮ note on "Be" and the G♯ in the E major chords. The tonic is clearly heard as the note A, so I'd say this is just borrowing the note G from A mixolydian. Point is, Key is A major; G♮ is borrowed and has no effect on what key the song is in.