What are the notes in this chord? 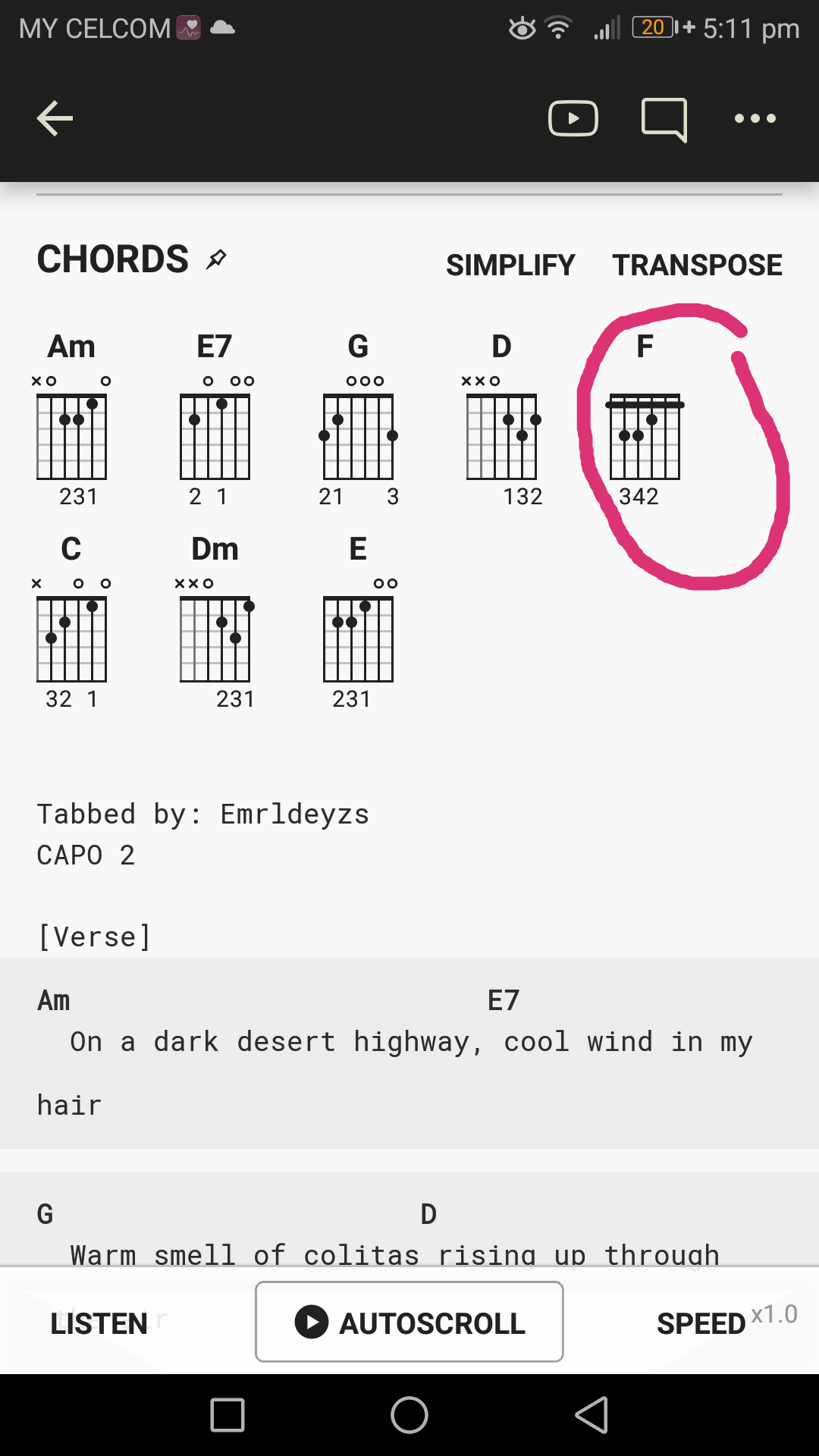 I am learning Hotel California, and I'm a total beginner in playing guitar but I know music theory. I am really confused, isn't that F represents F major chord. But I follow the diagram, the notes are actually F, Bb and Db, NOT F, Ab and C. And the author stated that the song is in the key of Bm. Is it really "cohesive"? I thought it's a second inversion of Bm.

The song is indeed in B minor as you've mentioned, but the chords are given in the key of A minor, because the given TAB assumes that you play the piece with a capo on the second fret, which makes all chords sound a whole tone higher (and thus the piece will sound in B minor).

I usually use that piece for students who just mastered barre chords, and I always teach it in the original key, without a capo, because in my opinion the capo doesn't make the piece any easier to play. If you can play an F barre chord (as required by the TAB in the question), then you can probably also play a B minor chord and an F#7 chord (needed in the original key of B minor).

Matt L. is correct that that's simply an F Major chord. To make sure you understand why:

1) The standard guitar tuning is E, A, D, G, B, E (not going to worry about octaves right now). Those are represented in the same left-to-right order in the diagram.

3) The diagram indicates you should place your third finger on the third fret (two above the bar), making the A a C (part of F Major). The next two, respectively, make a D an F and a G an A. Thus the final notes are F, C, F, A, C, F.

More simply, you can just think of this as an E Major moved up a half-step (one fret). You'll notice it's the exact same shape as that "E" on the bottom-right of the chord diagrams, just with everything moved up a fret and the bar added on the previously open notes.

2
Naming chord inversions
4
What makes each of the inversions of a major chord different in usage?
1
Song is described as C# is this C# major, minor or?
3
What is this chord? (R)–m3–A4–m7
4
Help me understand the chord progression I just wrote?
3
What are Secondary Mediants / Submediants?
1
Playing matching chords to melody by ear
2
What are these chords called?
0
What is the difference between being in key and improvising solo on scale?