Does any set of notes qualify as a chord?

I decided to learn to play a guitar, I definitely will explore more into theory but for now I just want to get familiar with the instrument and play a couple of melodies so please don't judge this as a stupid question.

I was experimenting with different chord sequences, and I tried this Em, Cmaj7, G, D. I didn't like how Cmaj7 sounded so I tried to replace it with something different and I tried E, but instead of the G string, I put my index finger on the B string and I liked the way it sounded. I googled what chord is it, it turns out there isn't any chord like that, but it suggested similar chord: Cmaj7, but I don't know; they sound kinda different to me. What am I doing wrong? Can I just use that wrong E chord or is there any better way?

You're experiencing the beginning of voicing chords. Each and every chord will have 3, 4, and sometimes more notes. As in note names. Cmaj7 comprises C E G B. Put them in any order, play them, and there's a Cmaj7. You can have two of some if you like, and even miss out the G (that's another story for another day).

Once you get past triads (3 note chords, usually just major or minor), there's a problem with the voicing, as in which order they need to be in. This is where ears come to the fore. Listening to however many strings you play, and which notes are played on which strings, even for the same name chord, there'll be subtle differences in the sound. The term inversions crops up now - which note is actually where, importantly the lowest.

Which voicing and inversion you want will ( or should ) be decided by ear. With a Cmaj7 chord, there will be two notes which could be played a semitone apart. Technically o.k., but sound wise, not so good. With an open Cmaj7, there are several options available. Try out each, and decide which is best fit for you.

EDIT: to get to the lead question - a chord is usually three or more note played simultaneously. Some regard two as a chord, as in a 'power chord', or '5'. In simple terms, chords are usually what's called stacked thirds, where a root note has two other notes, a 3rd and another 3rd above. Usually maj3 and/or m3. Just about any three notes can and will constitute a chord, but some will sound good (CEG) others not so good (BbBC) Added to this is the naming of chords, which gets into a whole new ball game, and there's not room here for that one!

There is a lot of good information in the other answers but no actual answer to the question in the title.

Historically a chord has been defined as two or more notes played simultaneously, with others defining it as three or more distinct notes played simultaneously. So in theory the answer is yes, pretty much any set of notes qualify as a chord. In classical music theory we usually begin with triads that are built specifically using the 1, 3, and 5 notes in any sequence. Modern treatments describe building chords by stacking thirds. The ordering of the notes will create very different harmony (inversions as described by others). When we name a chord by its root note, like C, this usually is taken to mean C maj triad (C, E, G).

Three (some say two) or more notes played simultaneously, or in close enough sequence to be perceived as a unit - we can let a 'broken chord' or arpeggio still be a 'chord' I think? - satisfy the technical definition of a chord.

But I think the intention of this question is somewhat different. It's asking whether any random set of notes qualify as a LEGITIMATE, nameable chord. One we can pin a chord symbol on. One that is 'allowed'.

I'll now annoy the Stack Exchange gods (yet again) by answering that there's no firm answer! The examples given were from one end of the spectrum - common chords from the current 'state of the art' that just happened to be beyond the OP's experience. Yes, they're 'chords' in every sense of the definition, just ones that he hadn't met yet.

But what if we played a chord containing all the notes of the major scale? We could call it 'Cmaj7add2add6add11'. Would that be useful? I could concoct a similar name for a cluster containing the complete chromatic scale. I could certainly answer the literal question - it's 'three or more notes played simultaneously'so it's a chord. But would this answer the real question?

There are generally accepted chords that contain a LOT of the chromatic scale. C13add2#9#11 has C, D, D#, E, F#, G, A, Bb. 8 out of 12. And stranger things happen in jazz! (maybe notated as polychords, though sometimes not).

So, to the OP, I say - Yes there are many combinations of notes which you haven't yet the experience to analyse and name. Way to go! But a cut-off point past which we stop letting a collection of notes have a harmonic identity? That's a moving target...

If you just pick random notes together to form a chord, they might be from different keys (which will cause dissonance). Even if you pick 3 notes from the same key they may not form the traditional sounding chord (a triad) which for major chords would be the intervals: major third/perfect fifth, and for minor chords: minor third/perfect fifth. And if you create a progression from chords from different keys it may sound funky (not in a good way) unless you know what you're doing.

Reading between the lines here, I'd recommend you start with Diatonic Chords. That's more than enough for a beginner. Those are the main 7 chords that come from whatever key you're playing, and most pop songs just use a subset of those seven chords, which is called a chord progression, annotated in roman numerals for example: I IV V. Look on google for "most used chord progressions" and you'll see alot of examples of this. On top of a chord progression, you play a melody (which is also based off the 7 diatonic notes of the key).

There’s lots of good theory but I want to provide you with an answer to your question directly:

Yes, any set of notes is a chord. It may not be “traditional” in the sense that it does not follow rules of “tertian” harmony or “diatonic” chord theory, but yes it is a chord.

To be clear, there is a convention that is followed for naming chords. One can pick any set of notes and, using this convention, assign a name to that chord. As others have mentioned, you describe a chord that could be named as an inversion if a CMaj7 chord. However, another less conventional name would be an E minor b6 chord. We typically don’t use b6 in chord names because they can be easily respelled as an inverted chord (which is why CMaj7/E and Emin(b6) are equivalent), but you will sometimes find this convention in jazz books.

Edit: here is an example of the exact voicing you describe with notation Em(b6) 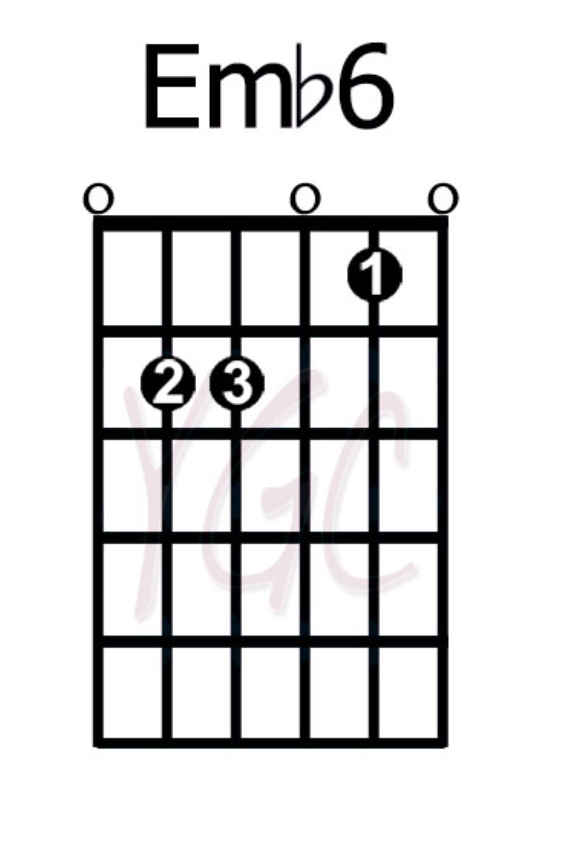