GuitarPro: Change to Eb, but keep notation in E [duplicate]

I just downloaded GuitarPro 7.5. I used to use GuitarPro quite a bit, but it's been a while.

I like to tune down and play in Eb. I want to change a song to sound 1/2 step lower, but want to keep the notation and tab in original finger and original key.

Ie->Smoke on the Water in standard E tuning.

I want the key signature to remain the same (Bb major, for Smoke on the Water), or say I load a song that is in C. Drop the pitch to B, but I want the tab/score to remain in C. Hope that makes sense

-> change pitch to E flat, but keep notation/tab as was originally

I read "real" music much better than I read tab, so I don't want to hide the score.

Hope that makes sense. I used to do this all the time, but am having worst time trying to remember how I did this.

Here are a couple of screencaps. First is a Steve Morse tune in A minor, w/ key in notation being C. When I change the tuning to Eb it also changes the score so that there are accidentals. I've tried transposing 1/2 step, but this doesn't work. There has to be a way to manipulate the score w/o altering the pitch/tone that is played. 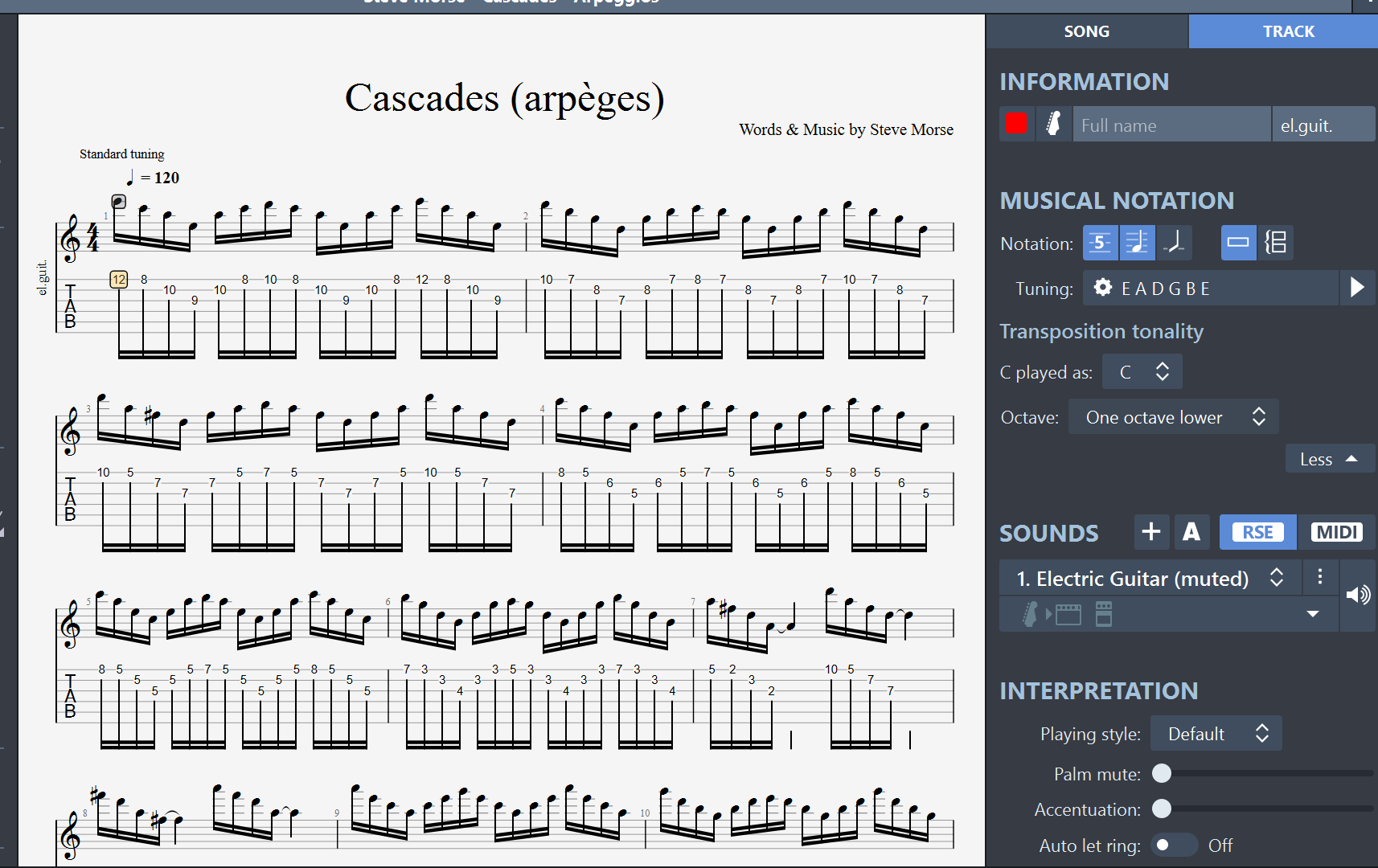 And here is 2nd pic: 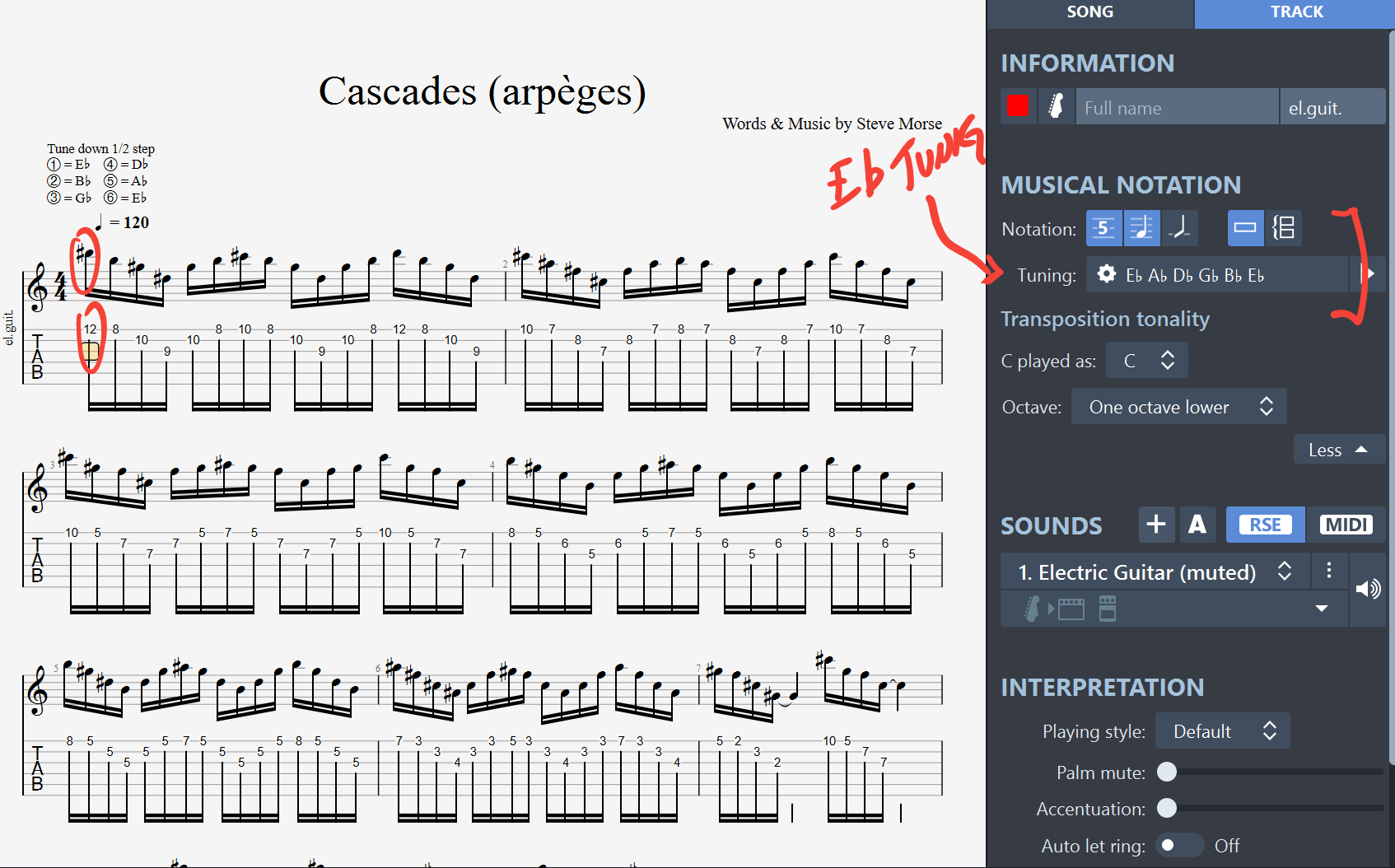 I want the musical notation to look like this but played w/ Eb tuning. This is score w/o the tab: 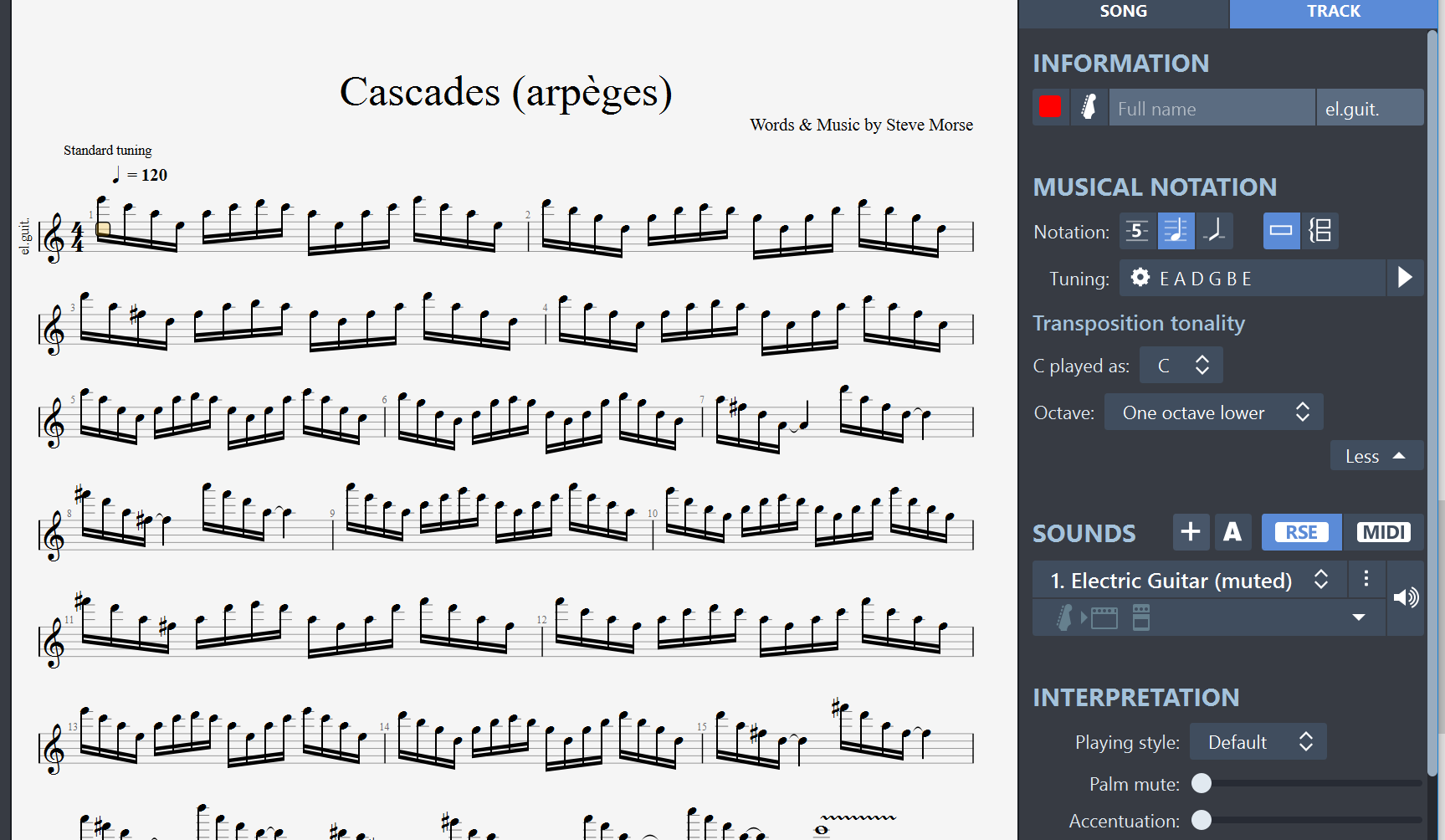 ps. If you're wondering why? I'm using an Ibanez w/ locking tuners. It's tuned to Eb

You simply have to change the tuning for each instrument track in the "Track Inspector". 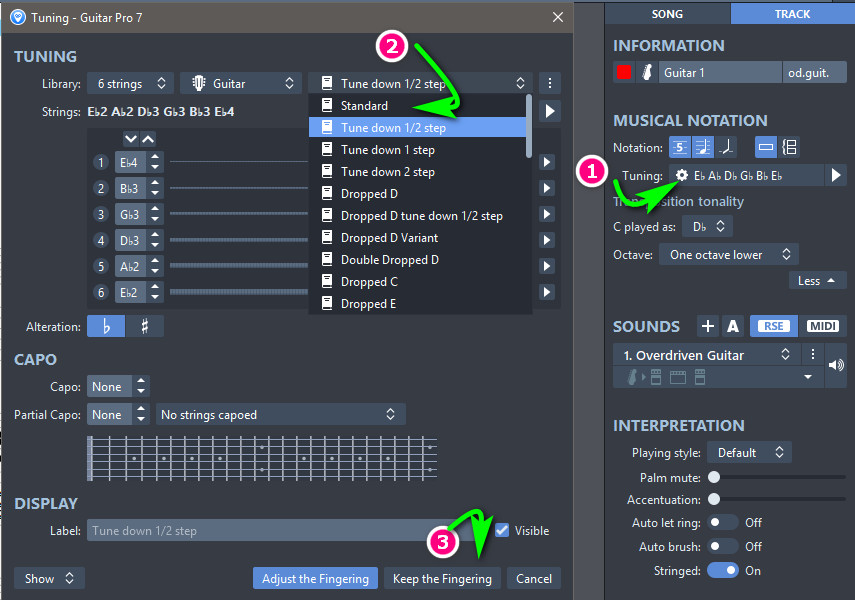 That should fix it.

Note: I've been searching for years also, finally found it!

Now I don't know GuitarPro at all, so my answer is totally based on the pictures you supplied.

Take the last picture where you have written how you want it to look without the tab.

On the right side there are some options.

There is this option: "Transposition tonality" C played as C

Wouldn't all you need to do be to change that to: C played as B ?

Not the answer you're looking for? Browse other questions tagged tuning instruments key or ask your own question.

6
Electric guitar doesn't keep tuning on the first frets. Anything I can do about it?
1
Is this a key change? (Radiohead:Creep)
3
Way to lower key of song without changing sound of chord progression (like the opposite of a capo)?
10
Rules for key changes
3
Is there a word for being able to sing a song in a different key/pitch without practice?