I am looking for a schematic to wire an HSS Strat as follows:

Is the 5 way wiring possible with a standard 5 way switch, or is a super switch needed? A detailed diagram would be very helpful, I have been searching the web for house but can not find anything this specific.

The circuit you are describing is not specifically doable with a regular 5 way switch and regular potentiometers, as far as I can see. It is possible with a super switch or something that's able to make multiple separate poles of connection at each point, but another big problem to solve is the separate volumes for (bridge) and (middle + neck) without mixing the signals first.

To handle the separate bridge and middle/neck volumes, you could have a dual-gang stereo potentiometer, which would act as your middle/neck volume, and keep each signal separate before the switching. It then becomes a pretty simple circuit. I also am guessing you wanted the DPDT switch on the bridge volume to switch between series and parallel hum bucking on the bridge pickup, rather series/parallel in relation to another pickup (multiple pickups switched together are normally always parallel).

I drew up the circuit but I'm in the process of moving and don't know where any of my colored pens are: 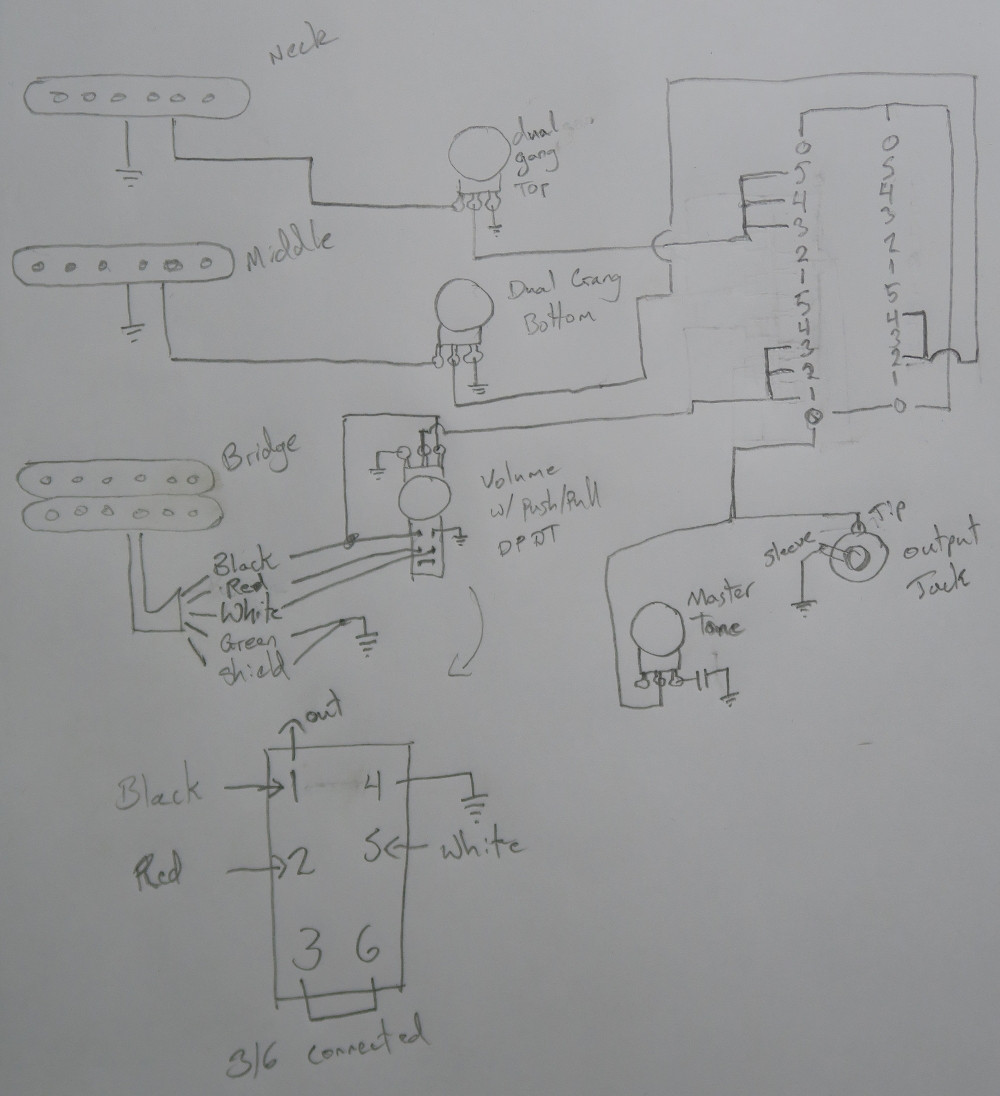 The above diagram also assumes Seymour Duncan style wire colors for the humbucker.

One complicated bit here would be the volume/series/parallel switch, especially since my diagram is not in color, but there's a number of good images for that out on the internet, one of which you can find here.

Not the answer you're looking for? Browse other questions tagged wiring stratocaster or ask your own question.