How do I improvise over the V7 chord in minor?

I've been working on a number of traditional jazz tunes in minor keys, and they often resolve V7 > i

During the V7 chord when improvising I feel pretty confused as to what notes to use. I end up mostly playing the 2nd interval of the V scale flat and the 3rd normal. This "seems" strange to me, but sounds good to me. Except not always. And that's confusing.

I feel like I'm missing something in my understanding. Also it seems when the E7 is played for longer periods (2 or more measures), the f♮ starts to sound odd and the f# sounds better.

Can someone talk intelligently about what's going on here?

(Funny that it sounds like a b10, and we usually notate it as G nat not F double-sharp, but you'll get lynched for calling it E7b10 :-)

As Laurence has correctly said, it's a result of the augmented second interval between F and G♯.

One of the reasons this works so well is because the V7 chord is included in the scale (as you see with the red pitches above). Furthermore, the ♭9 (in this case, F♮) is also included.

There is also the whole-half octatonic scale, but that scale is not as ideal above the V7 chord; see if you can figure out why!

Your best scale is the Mixolydian b9 b13 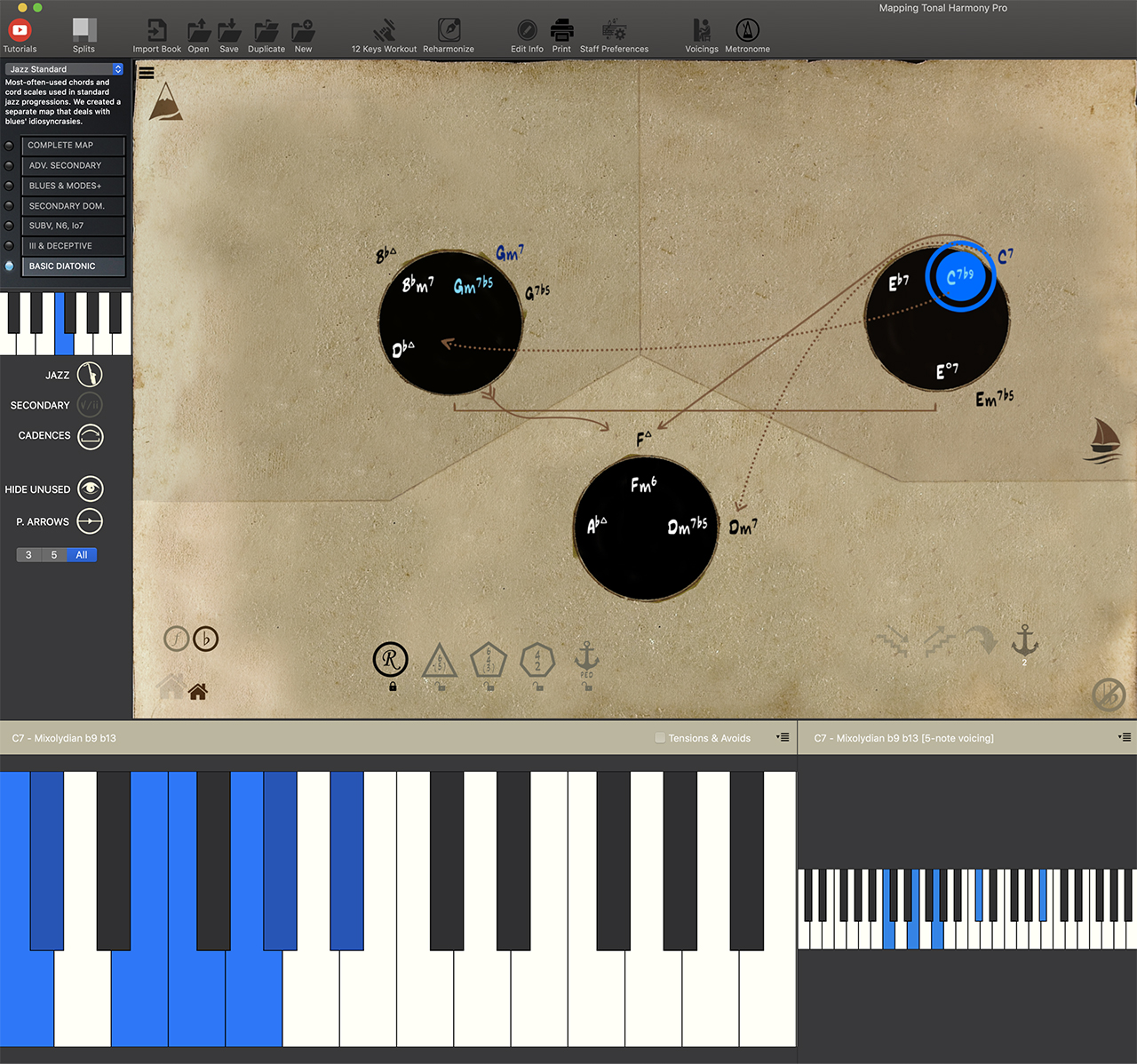 But you have other options as well 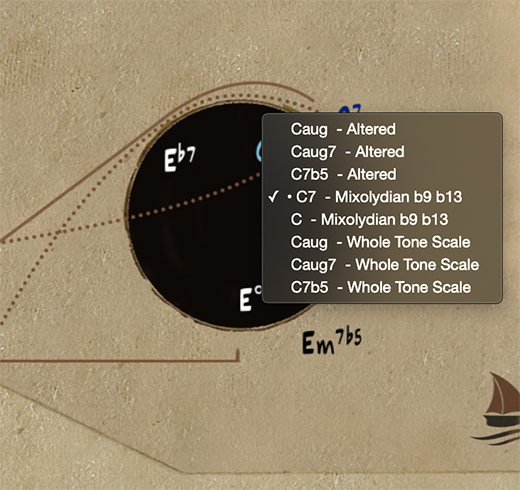 A simple way to look at notes to use over a minor piece is to understand that there are more than one minor scale. Natural, harmonic and melodic. Not going into reasons here, but they all contain the same first five notes, in Am - A B C D E but all put together, the remains of them include - F F# G and G#. Knowing this means you have a bit more choice of notes to play, especially on the V part of the piece.

So, there's your F and F#. Actually, the F# may sound better as it's part of the E major scale - which after all will fit over E, or E7, the V of Am. But, the F also fits in a way, as often a dissonance is used to resolve to a 'nice' part of the song, and dissonances are often one semitone from the target chord. Thus, using F over the E chord produces what we call a b9, or 7b9, resolving th the E note of the Am chord which generally follows. Try it.

You shouldn't associate the word "understanding" primarily as the ability to label music-related phenomena with words found in theory books, particularly when it comes to improvising solos over chords. Don't be too theoretic. "Understanding" should primarily mean the ability to find patterns for handling situations in practice.

To get this practical understanding in your example case of Am and E or E7 chord, try to get a feeling of what other chords or tensions the notes F, F#, G, G#, A might imply. Do the following:

After doing this enough times, do you feel that you're developing a sense of how each individual note affects the harmony? Can you feel how a particular note implies particular chords?

(How does this practical approach to "understanding" feel to you?)

Not the answer you're looking for? Browse other questions tagged theory scales improvisation or ask your own question.