What instrument is used to create this kind of music?

Today I came across a song and (esp the beginning) it left me in an euphoric state.

Here is the song:

What instrument is used to create this kind of angelic sounds? I'm pretty sure it's not a simple flute or something like this...

Can anyone recommend other artists practicing this kind of music style?

It's a duduk, an Armenian instrument. 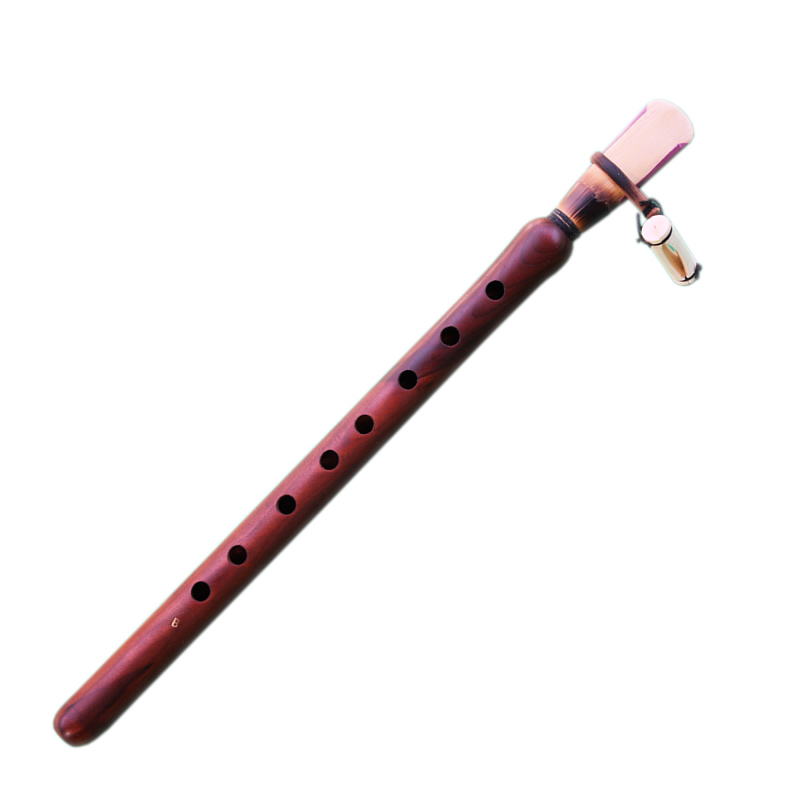 In my opinion it's one of the most beautiful sounding instruments every created. Sometimes clarinet players can sort capture some of the essence of its sound, but honestly for me there really in nothing like it. Of course, the raw sound of the instrument itself is only one of the reasons it sounds so enchanting, the other thing that makes it so expressive and communicative is what the players do with it. As well as continuously manipulating the colour and intensity of their sound, they play very nuanced pitch inflections and ornaments, dancing around the sweet spots of the most emotive intervals, and tugging at the listeners heart strings as they do it.

One thing that's very important is that the duduk has large, open finger holes, which means that a player is free to only partially cover the holes, and therefore modify the pitch freely (sort of like note bending on an electric guitar). The specific way in which Armenian (usually) duduk players play with pitch is something very characteristic of middle eastern music; while Armenians aren't usually thought of as "middle eastern" it's fair to say that the history and tradition of Armenian music is intertwined with Anatolian, Persian, and Arabian music, the scales and microtonal inflections used by these amazing Armenian musicians sound in many ways similar to music from these places (without expressing an opinion on which elements came from which cultures/empires, I'll leave that to arguing nationalist youtube commenters, a mainstay of folk music videos from pretty much anywhere in Eastern Europe, the Balkans, the Middle East or the Caucasus). The important takeaway is that this music is fundamentally microtonal, the "soul" of the music is in these tiny pitch differences (as it is with, say, American blues music, although which microtones used and how they are used is of course mostly different).

There is an abundance of other Armenian duduk music out there on the web, some of which is solo duduk players accompanied only by a drone, and really shows the beauty and expressiveness of the instrument.

I also found this compilation, which seems to be modern arrangements of some traditional Armenian music. However, even though the accompaniment of the music is on modern western instruments (with a western intonation system), and sometimes uses western harmonic devices, it does so quite respectfully and artfully in a way that lets the players of the traditional instruments breathe, and the modern harmony vs. traditional melody (complete with copious microtonality) manage to complement each other beautifully (whereas usually western adaptations of this type of music manage to miss the point of what makes the source music so beautiful in the first place.)

If you like this sound, I suggest you also check out the Persian instrument the "ney", a flute which is often played with a similar respect for expressiveness through tonal variation and pitch; the instrument's tone is very different, one being a reed instrument and the other a flute, but they both use the freedoms their instruments afford (timbral variety, microtonality and pitch ornaments) to create a similar sound world, and of course Armenians and Persians have lived side by side for hundreds of years. I just hope one day to visit this part of the world and hear some of these wonderful musicians play, and maybe see their instruments.

They are using a violin with distortion: 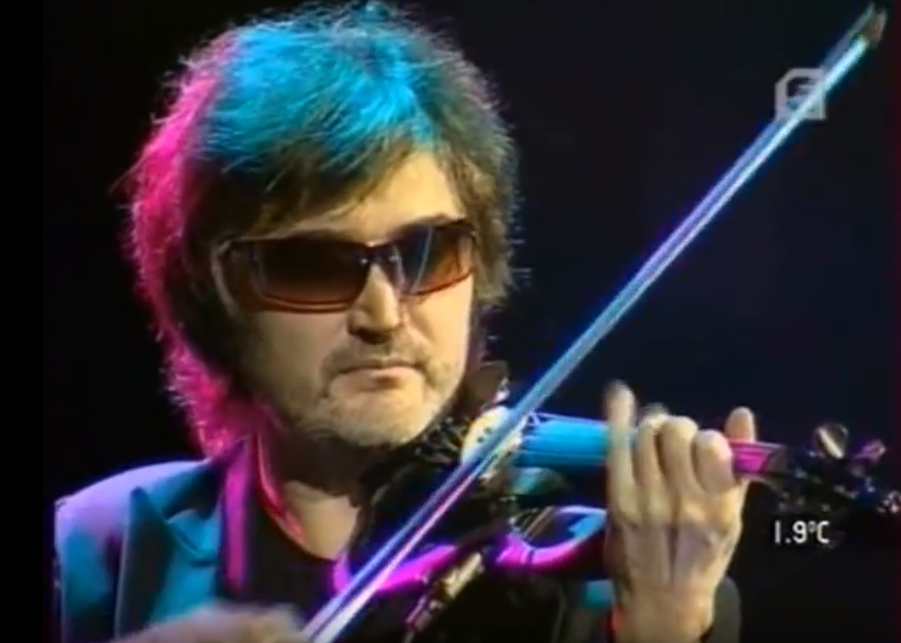 It reminds me of an old-fashioned Chinese bowed instrument, the Erhu.

Not the answer you're looking for? Browse other questions tagged instruments flute identification or ask your own question.

11
Which (apparently keyboard) instrument is this?
9
Physical volume of instruments
0
What kind of instrument involves simultaneously singing into a microphone and playing a keyboard?
2
Which wind instruments do not change pitch when blown harder?
5
What's this instrument shown in 1-Nenokkadine?
4
What kind of whistle is it that raises in pitch?