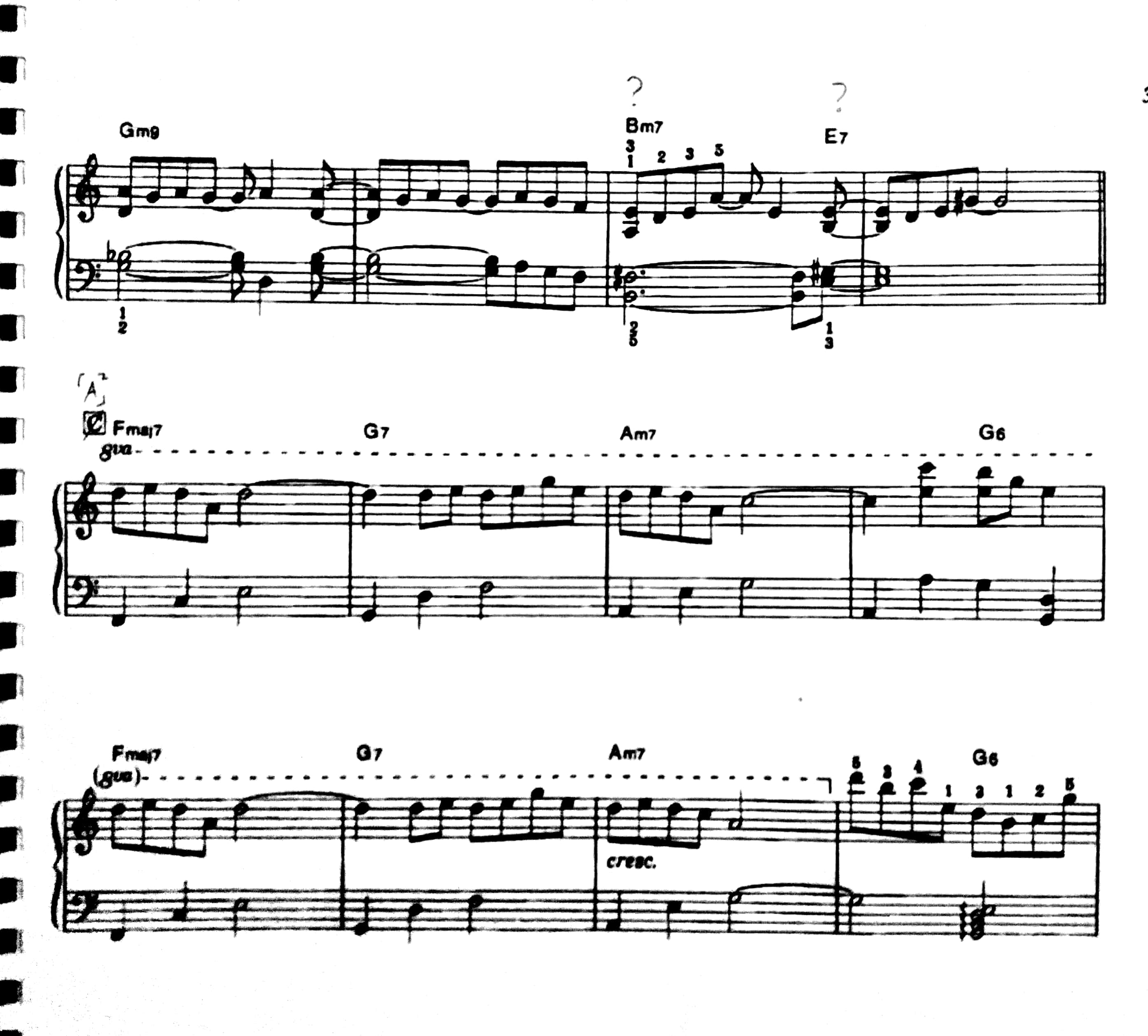 How does the Gm (Vm) come about?

Is it a modal interchange chord Vm (sub dominant) from the Mixolydian scale?

And if I'm right about Gm being a modal interchange chord from Mixolydian, how does this connect to Dm?

Your intuition about the Gm is absolutely correct: it's just a result of mode mixture, also called modal interchange.

Before this Gm9, we have FM7–G7–Am7, which is really a IV7–V7–vi7 progression in C major. The Gm9 is then just a chord borrowed from C Mixolydian; instead of a V9 chord, we now have a v9 chord. I think borrowing from Mixolydian is better than borrowing from the parallel minor of C minor. If we were borrowing from C minor, we'd likely have an A♭ as well, which we don't.

At this point, the Gm9 moving to Dm is simply a v–ii progression in C. (You could also think of these as being brief i–v motions in Gm, but I don't hear G as tonic here). There's no chromaticism or fancy chord motion, it's just a minor dominant moving to the supertonic (ii) chord.

everyone. I am from the country where Sakamoto was born. I suppose that Gm9->Dm9 should be interpreted as IIm->VIm in F Major, not in C Maj! Besides, Gm9->Bm7->E7 should be as IIm(in F Maj)->IIm(in A Minor)->V7(in A Minor) Hope this helps.

Not the answer you're looking for? Browse other questions tagged chords chord-theory chord-progressions analysis or ask your own question.

2
Is this an example of Modal interchange?
3
Difference between iii/IV and vi in analysis?