What is this old time signature (2 with a vertical line through it)?

On the fourth line of page 5 of the score of Fasch's Ouverture-Suite in F major, one reads a time signature that is the number 2 with a vertical line through it: 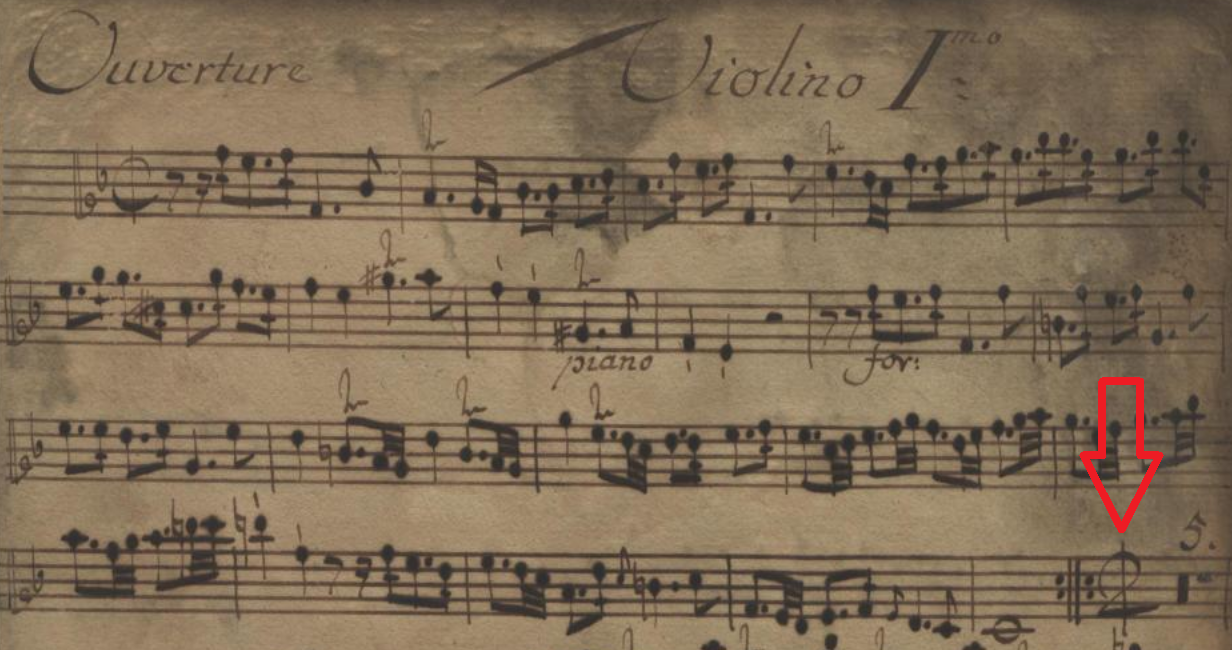 What does it mean? I know some 'standard' old time signatures, but I have never seen this one.

This should really be a comment, because I have no answer to the question. But as I need to show a picture...

Here's the bit following the strange time signature. It continues in the same bar lengths.

(Also interesting to note the very literal G clefs. A letter G on the second line.)

This is a good question. I cannot explain the time signature, but I am certain that it is a time signature. As evidence against the hypothesis that it is somehow a part of the repeat sign, note the last movement of the piece, which has repeats, but lacks the sign in question.

Note also the fact that the c-slash time signature is reintroduced at the end of the second section, which is why the unexplained time signature must be included after the final repeat sign as well as after the first repeat sign. The reintroduction of c-slash can be seen on the second page of the first violin part, at the end of the tenth staff. There is also a fermata on the first note of this measure, but it is difficult to see in this part because it is squeezed between the f' on that staff and the c''' on the staff below.

This is a natural manifestation of the French overture form, which typically begins with a slow stately section with dotted rhythms, followed by a faster fugato section. Anyone familiar with Handel's overtures knows that there is normally a brief return to the stately tempo at the end of the movement; here the road map is slightly different, such that the fugato section is followed by a return to the stately material and is then repeated without returning to the stately material.

From the context, then, we can infer that the symbol implies a faster tempo. I suspect that the c-slash section is probably actually in 4/4, not 2/2, given the norms of the French overture form (The standardization of c-slash to mean 2/2 came later; for example, in Bach's Mass in B minor, the second Kyrie is in c-slash meter but has four half notes per measure.)

The meaning of the c-slash time signature for measures with four quarter notes could perhaps be established with more certainty with more knowledge about when these parts were prepared and by whom, and with some comparative study of Fasch's other overtures. If the stately section is indeed in a four-beat meter, it's reasonable to infer that the 2-slash means two beats per bar instead of four.

I took a look at the following pages in the IMSLP link, and observed thattheree is a "repeat" sign at the end of the Overture followed by a "VS" indicator (and nothing else). 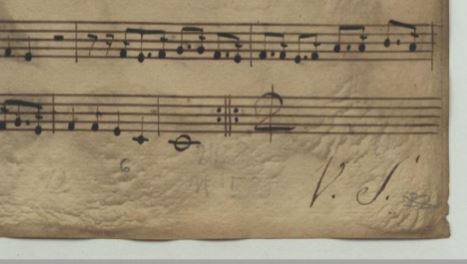 So now one wonders exactly what the " :||: " marking indicates as well! I'm leaning towards the ":||: {slash2} " is an old way of indicating a repeat section, and nothing else.

The general principles of ancient time signatures are that three strokes or a circle or the figure 3 denote perfections, or ternary divisions, and two strokes, or a semicircle, or the figure 2 denote imperfection or binary division. A line drawn through a circle or semicircle, or the inversion of these figures, shows diminution of the value of the notes to the extent of one half, so that longs are to be sung as if they were breves, breves as if they were semibreves, etc.

Without seeing the following measures, can't tell if that slash thru the "2" is stylistic or some oddball hack.

previous info, where I looked at the top of the image --

It looks to me like the standard "Cut Time" notation, indicating 2/2.

quoting the online Dolmetsch (which everyone should bookmark),

alla breve: also called 'cut time' or 'alla cappella time'; marked with a large C with a vertical line through it, used for quick duple time in which the minim or half note is given one beat instead of two. (occasionally written with two parallel vertical lines through a large C)

Not the answer you're looking for? Browse other questions tagged notation time-signatures baroque-period meter or ask your own question.