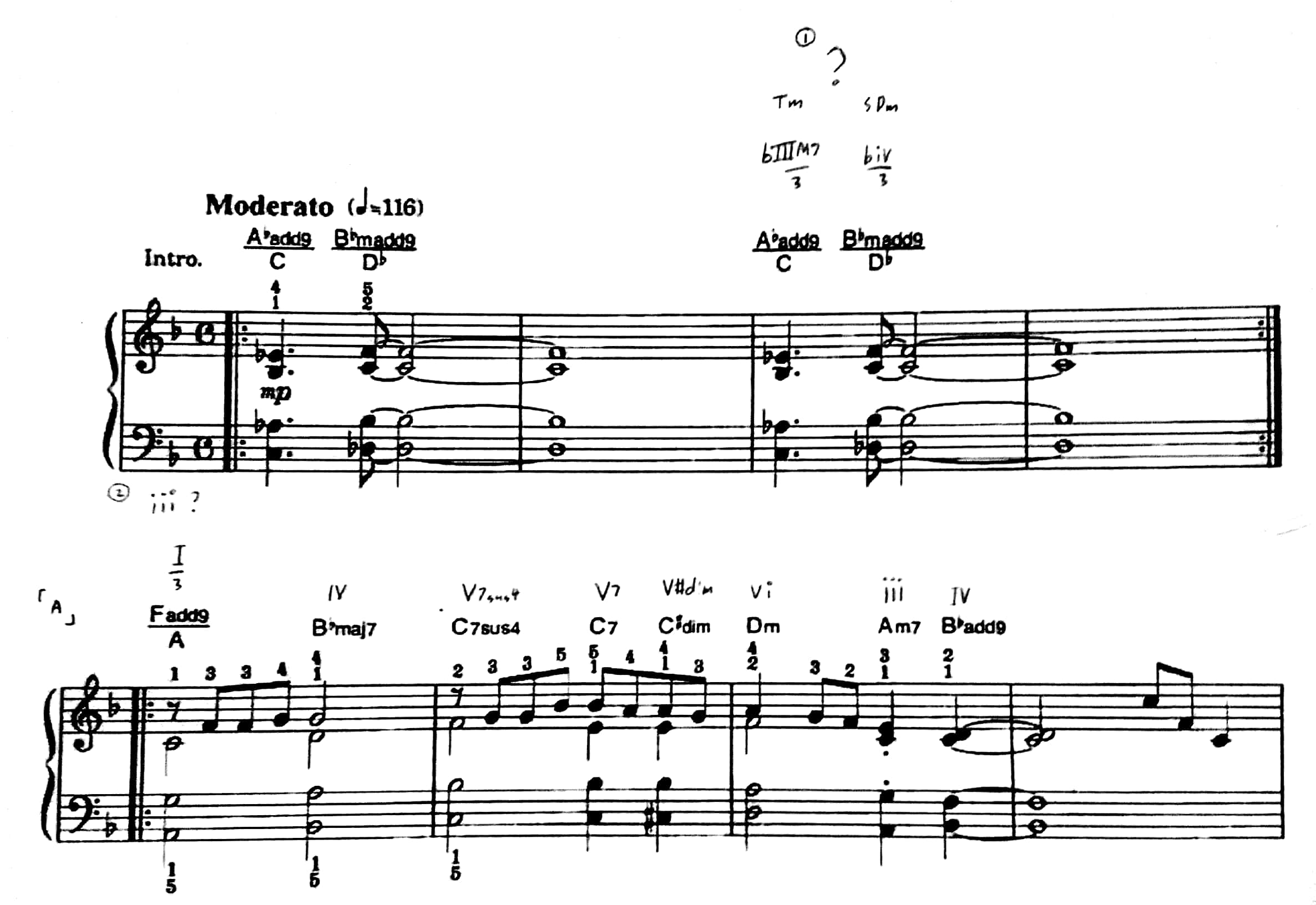 is it just a modal interchange chord bIIIM7 and iv from the parallel minor key ?

If it is, then whats with that inversion ? does it have any other particular intend behind it ?

My interpretation of it would be the same as what you said, yes. The key of F's parallel minor F minor has the chords A♭ and B♭m, as you noted. Therefore, I believe it's modal interchange, and the 9ths are there for colour. It sounds nice and pretty! These would then be in first inversion, as the chords have their 3rds under them. As for why the chords are inverted? I believe that's to create the smooth bassline that appears in the phrase at the start of the A section (the bass notes are A, B♭, C, C, C♯, D), and in the intro the chords are inverted so as to match the inversion of the following chords.

As a side note, the B♭maj7 chord written in ink doesn't have a fifth, replacing it with the sixth (the notes are B♭-A-D-G), but I think that that G is just a consequence of the melody, and they chose to leave out the fifth of the chord.

Not the answer you're looking for? Browse other questions tagged theory chords chord-theory chord-progressions chord-inversions or ask your own question.