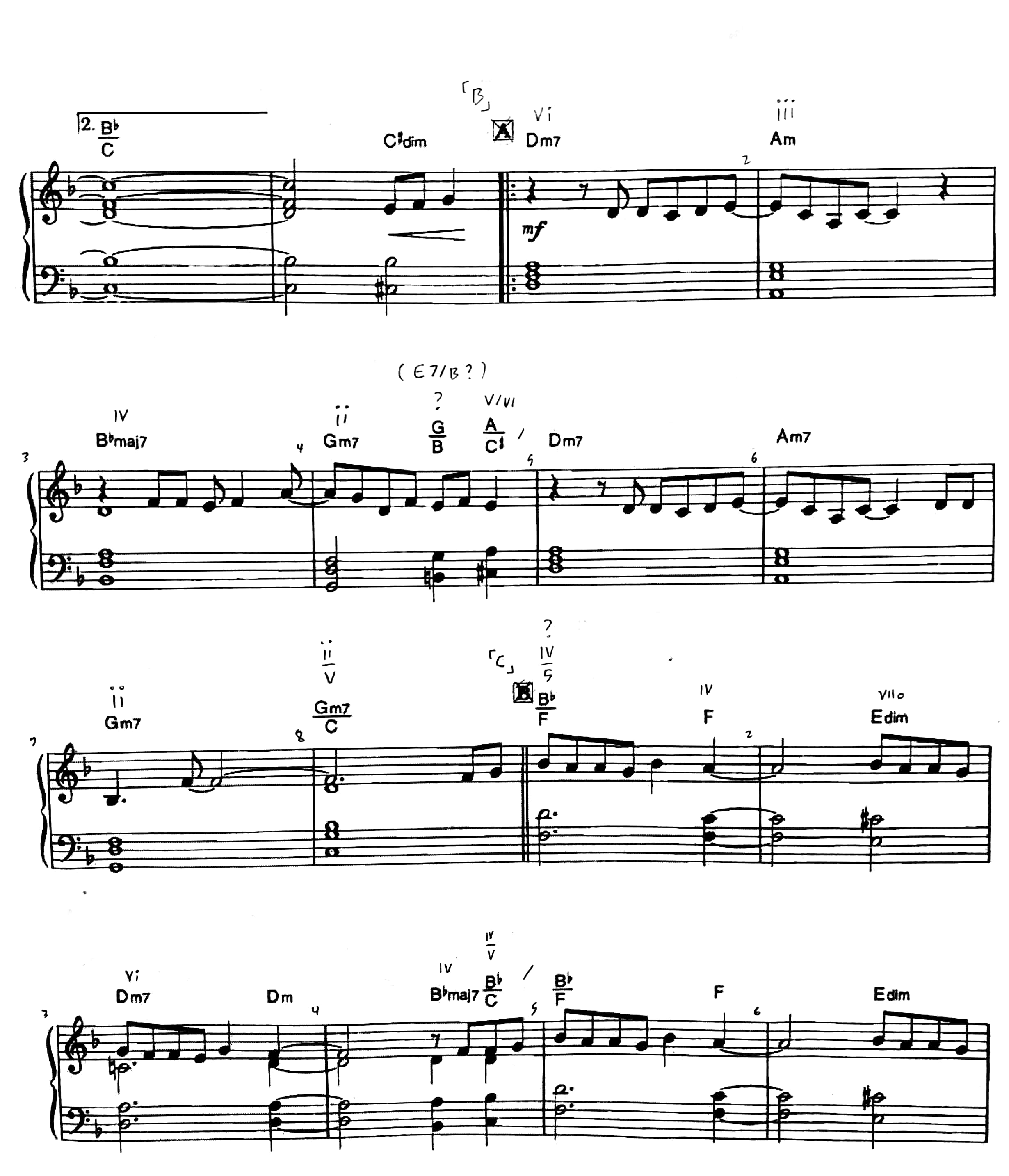 The song is in F Major

and if you see the beginning of the [C] part,

In my reading, this excerpt is really best understood as D minor, F major's relative minor. (Although the piece does play around with jumping into F at [C] and 5 bars after [C].)

The G/B moving through A/C♯ to Dm7 is actually just stock melodic minor; it's IV6 through V6 to i. Normally in D minor we'd expect a B♭, but the bass moving from B♭ to C♯ creates a somewhat harsh-sounding augmented second. As such, we often soften this interval to a major second by raising the sixth scale degree from, in this case, B♭ to B♮. (In this case it's very similar to my recent answer in Functional analysis of chorale 'Wie wunderbarlich ist doch diese Strafe' BWV 244/46)

And yes, you're 100% correct that the chord at [C] is best understood as a tonic chord with some upper non-chord tones. We call this a "pedal six-four" chord—basically, instead of a root-position chord, the intervals a sixth and a fourth above the bass delay the "real" chord members of a third and a fifth above—and it's very common in popular music.

Gm7, G/B, A/C#, Dm. It's a IV, V, i cadence in D minor. The bass line uses the melodic form of the minor scale. The melody note F (the 7th of Gm7) resolves down to E as expected, but instead of a standard 'cycle of 5ths' C chord, the E is added to the G/B chord. Then back up to F (making it a G7 chord), another try at resolving down to E in an A7 chord, finally we rest on Dm. Nice!

You can view this as the typical "ii-V-I" jazz progression, without the 7ths in the chords (and in the context of Dm7 as your Tonic),
...or...
"ii-V to the relative minor of F(I)".