How would I play these triplets? 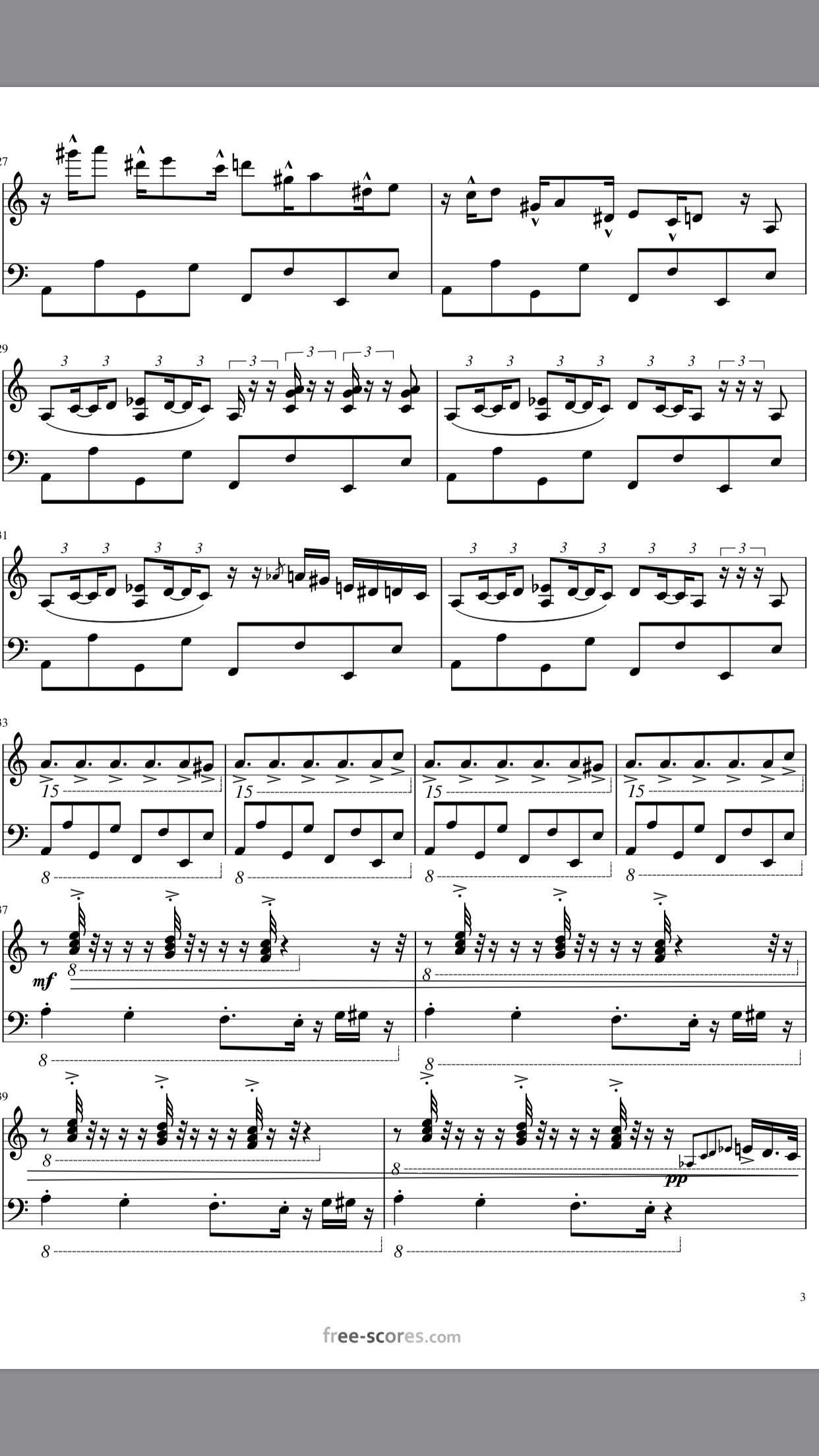 I’m finding it really hard to play these triplets. Also any tips on how to overall count these bars as I’m struggling to count it as a lot of the rhythm doesn’t fall on the beat and I get confused. It is hit the road jack by Ray Charles if that is any help

Oh, goodness. Please, for your own sake, find another version of this. No musician should ever have to play from something like this. It's likely this score wasn't created by a human (or at the very least, not a musician). Find another score ASAP; you're only wasting your time by trying to read this score.

As a sample of some of the notational atrocities in this example:

Measure 29 (the first measure of the second system) is best notated as:

In the next measure, there's no reason for there to be 3 sixteenth-note rests hidden under a triplet. Let's just make it:

In measure 33, the syncopation does a terrible job of showing you where every beat lies. Better would be:

(An alternative to the above, as Carl states in the comments, is to have the third beat a sixteenth followed by a dotted-eighth note. Both versions are common.)

And don't even get me started on measure 27. Why not just have the following?

As for your question of the triplets against an eighth-note left hand, try practicing this 3:2 rhythm with something like this:

Then add a tie to each E so that you don't rearticulate them: 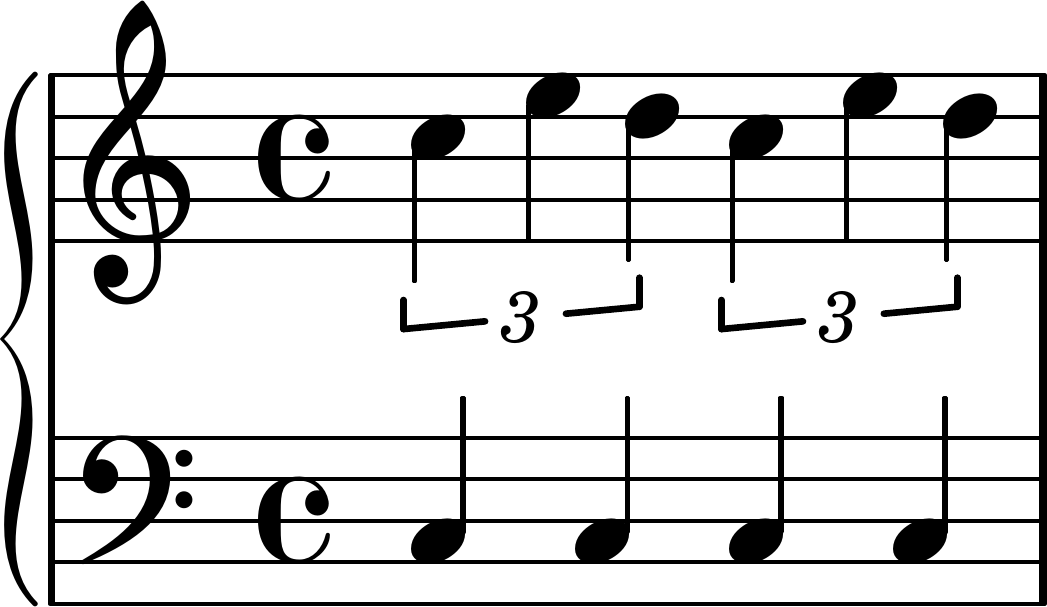 And voilà! You're playing this rhythm; now just adjust it to match the pitches in your example.

Not the answer you're looking for? Browse other questions tagged piano rhythm tuplet or ask your own question.

8
Playing ONE triplet (not three)

10
Samba percussion for songwriters
10
How to tackle this tricky rhythm -- nested triplets?
0
Feeling the beat in the wrong place
7
Alternative or more advanced methods for counting rhythms
9
How to count odd tuplets?
14
Is it hopeless in terms of becoming decent musicians, if they can't count beats?
5
How to avoid following the rhythm while soloing or improvising melodies?
9
What is a clear way to write a bar that has an extra beat?
0
Having trouble playing a polymetric rhythm
0
How to improve my piano playing