When was the dominant ninth chord incorporated in music theory?

The "ninth chord" that Rameau, Kirnberger, Marpurg or Koch (inter alia) discuss during the 18th century is the chord formed by a triad and an added ninth, and its explanation is always through a "chord of supposition", i.e., the supposed root is a third above the lowest note of the chord, since chords that spanned more than an octave were not "acceptable"

70-80 years laters, in harmony treatises like Reber or Richter (around 1850) the dominant ninth chord has earned its status as dissonant chord along with the seventh, and it is considered as a dominant 7 plus a third, its root being the root of the dominant seventh. Furthermore, diminished and half diminished seventh chords are now considered as a dominant ninth without its fundamental.

My question is: who was the first theoretician that considered this chord as an acceptable entity, and placed it side by side with the triad and the seventh chords? Who started thinking about chords as a stack of thirds that could exceed the octave? Who was the first to propose that diminished and halfdim chords are rootless dominant ninths?

Any help would be much appreciated.

But the earliest theorist that I know of, not including theorists like Sorge that fall into the fundamental-bass camp with Rameau and Marpurg (it was this group, by the way, that claimed that diminished chords were incomplete dominant ninths), would be Charles-Simon Catel (1773–1830). His Traité d'harmonie of 1804 was actually the official harmony textbook of the Paris Conservatory (of which Catel was a founding member). 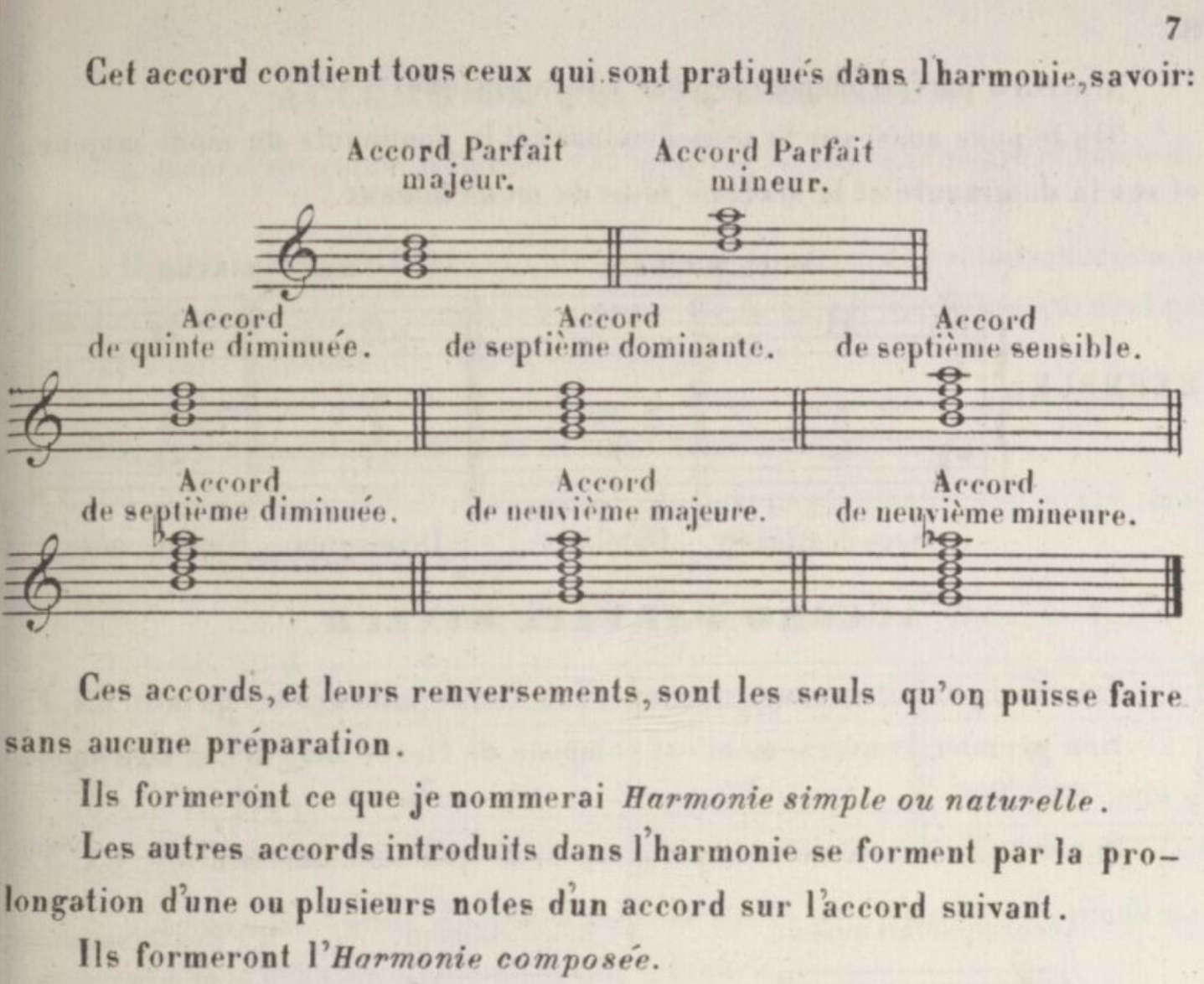 And Catel's work is especially important because it was really the forerunner to Fétis's own treaty, which would be the single most influential French text on harmony in the nineteenth century.

Lastly, it should be noted that many viewed Catel's work as a bastardization of Rameau's treatise; they felt that Catel was too invested in "third-stacking" to be musically helpful.

It first gained common usage in the late baroque, its origin was through intervallic supposition and accidental harmonic forms.

Not the answer you're looking for? Browse other questions tagged theory harmony history or ask your own question.

29
How do you remember your music and how do I improve in this regard?

13
Can any diminished chord be used as V anywhere?
1
What chord is made of the following notes: F♯/G♭3, B3, D4, F4?
11
Must a tritone substitution use a dominant functioning seventh chord?
5
Using standard Roman numeral analysis how should 7th and 9th qualities be determined?
3
Preparation of Chordal 7ths in Classical Harmony
3
Preparation of dominant ninth chord
4
Diminished 7th notation, match the key or key signature?
3
Diminished seventh cadence, is this an IAC or a PAC?
3
Do major seventh chord usually put the major seventh above the root?