Why can a vuvuzela only play one pitch, while a non-valved bugle can play many?

According to our collective nightmares from the 2010 World Cup Wikipedia, the vuvuzela is a monotone instrument; it famously plays (roughly) the B♭ below middle C.

Why is the vuvuzela restricted to only this pitch, while non-valved bugles can play multiple pitches within the harmonic series?

My question is very similar to Physics behind why a bugle can play several notes, while a whistle only plays one note, but the answers there focus on the fact that a bugle player uses variations in their embouchure and air speed to create different pitches, and these variations are not possible on a whistle.

Yet a vuvuzela seems to have a mouthpiece much like a bugle, which would suggest the ability to have these embouchure and air speed variations and therefore the ability to create different pitches: 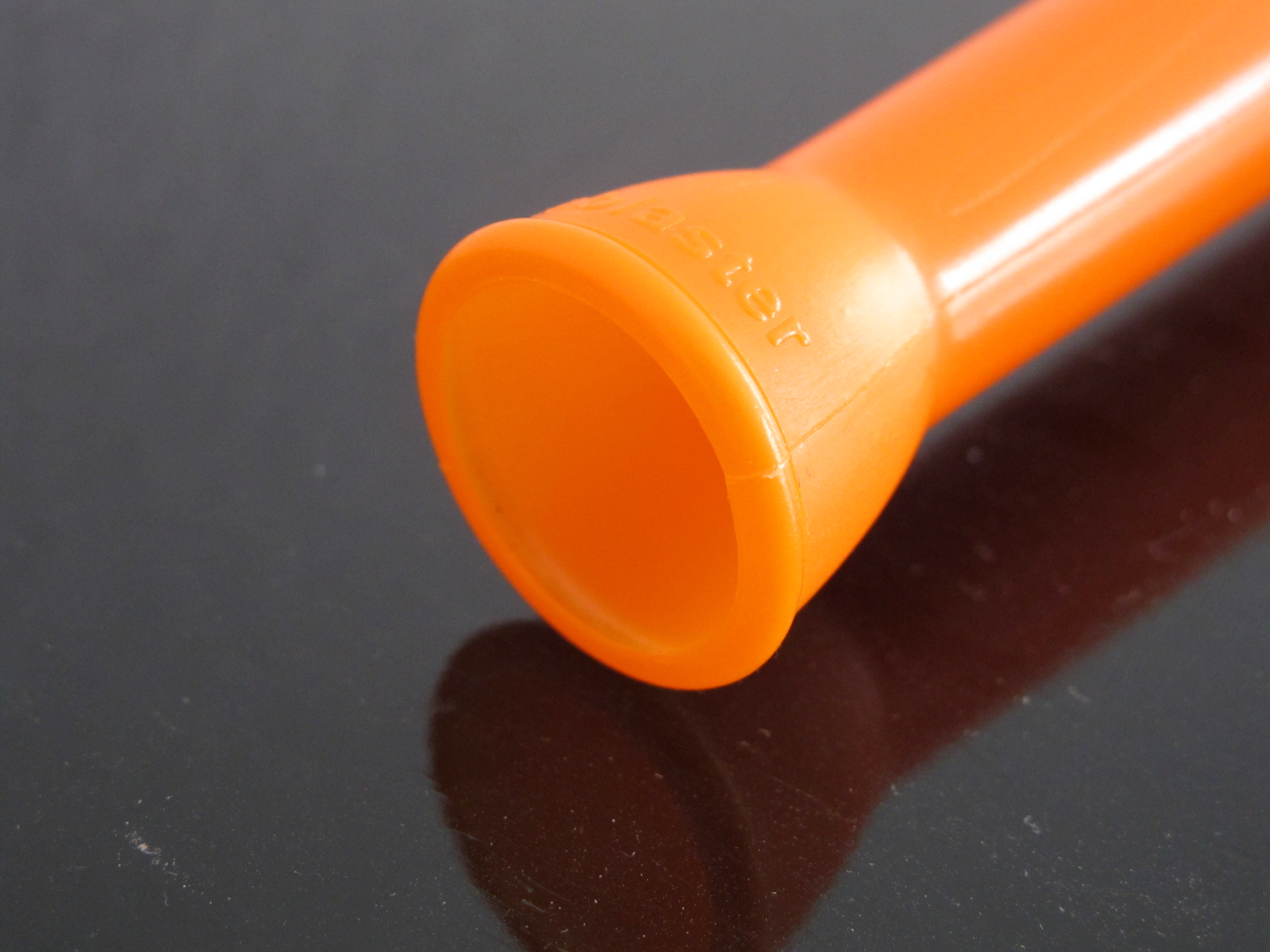 So there must be some other difference with the construction of the vuvuzela that prevents it from playing other pitches. What is this difference?

As a subsidiary question, brass players like to say that the instrument only amplifies what they do on their mouthpiece. So if we rigged a trumpet mouthpiece to attach to a vuvuzela, does that mean it could become a multi-pitch instrument?

(I know that this question might blur the line between physics and music. But since such gray-area questions are often allowed here, and since we've already allowed a similar question, I'm assuming this is safely on topic.)

Apparently, it is possible to play some melodies on the Vuvuzela, although not in quite the same way as on a trumpet or horn (FAQ). The difference is probably that most football fans are football fans first, taxi drivers/fruit merchants/whatever second, and not professional musicians at all. They can no more use these methods than an ordinary person could get any tone out of a standard trumpet.

Not the answer you're looking for? Browse other questions tagged instruments brass acoustics or ask your own question.

30
Physics behind why a bugle can play several notes, while a whistle only plays one note

1
How many drop tunings can I use with one set of strings?
30
Physics behind why a bugle can play several notes, while a whistle only plays one note
4
Name for instruments that can only play one octave, vs one that can play many octaves?
6
Music Physics Question - Automatic Trumpet Embouchure Mouthpiece
23
How can horns, most of which have only three buttons, play all their notes?
4
Why doesn't the flute head joint behave like a Swanee whistle?
8
What are the acoustics of brass instrument pedal tones?