Why are key signatures put in a circle?

You are presumably referring to the Circle of Fifths.

Nikolay Diletsky originated the idea in his Grammar of Musical Singing. He came up with several designs, which I have included below.

There is only one convincing alternative to a circle. Twelve keys are to be represented, any of which might dominate a composition and serve as a reference point. Therefore if a polygon were used, a dodecagon would be the natural choice.

Arranging the keys around a triangle or a square makes no sense. Some keys would be placed closer to the vertices than others, which might imply (wrongly) that they were more important. Similarly, keys grouped on the same side might be inferred (wrongly) to belong together more closely than to their neighbours.

Here are the relevant pages from Diletsky's book: 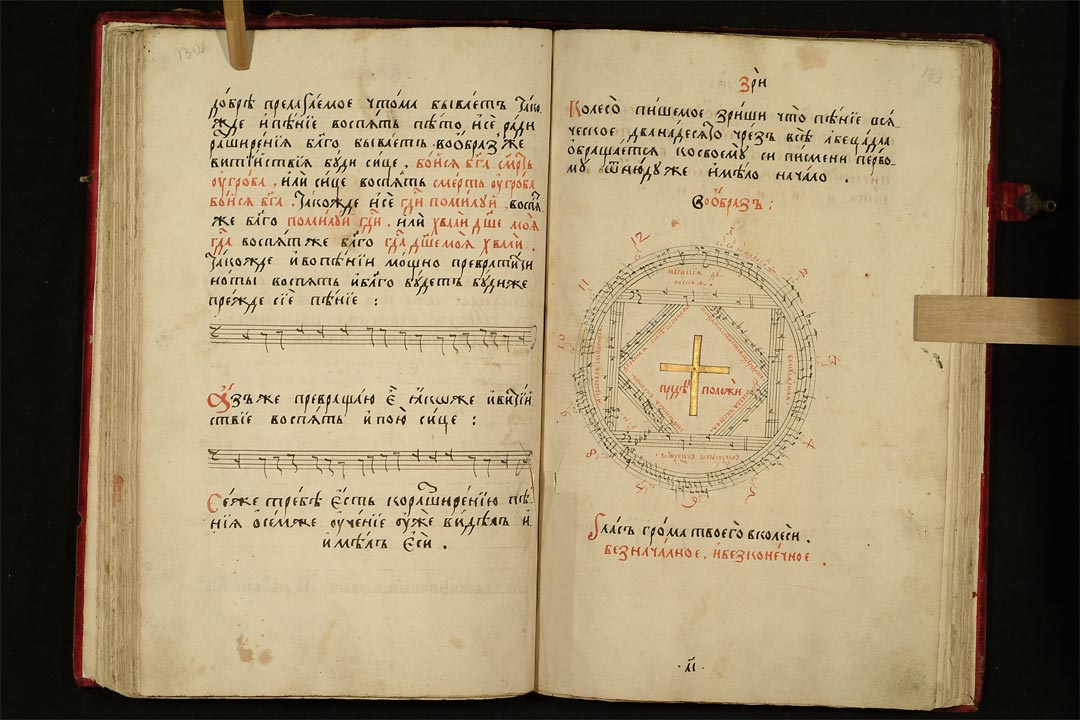 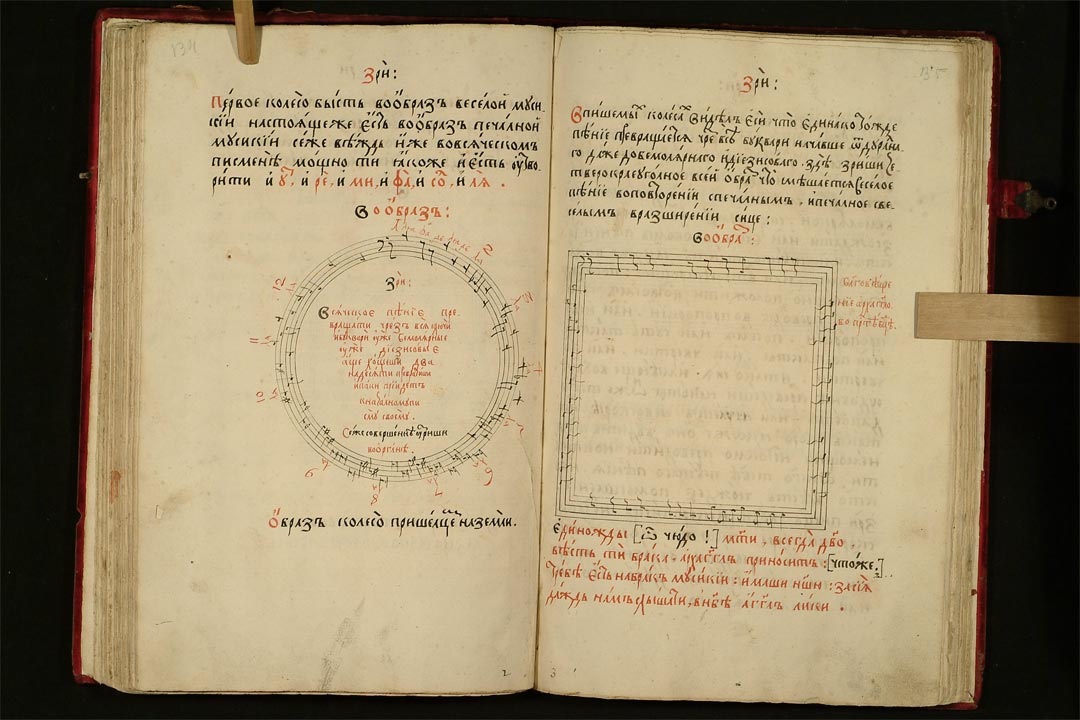 Source: Library of the Trinity Lavra of St. Sergius

The 'circle of 5ths' is one way of displaying the result of adding sharps (or flats) to a key signature. It demonstrates that adding a flat is equivalent to removing a sharp, and vice versa. It demonstrated that (in equal temperament tuning at any rate) if you go on adding sharps, and go through the enharmonic shift that recognises F# is the same note as Gb, you eventually get back where you started.

The 'circle of 5ths' diagram makes a pretty picture. Because of this it appears in every theory textbook, and we maybe over-estimate its importance!

Not the answer you're looking for? Browse other questions tagged key history key-signatures or ask your own question.

24
How to select a key-signature for a song
26
How many (major and minor) keys are there? Why?
5
Strange key signature?
10
Why are key signatures like E# and B# necessary?
8
Why is the key signature not the same as the listed key?
4
Why does the circle of fifths have to be symmetric
6
Can anyone put a name to this Circle of Fifths observation?
2
How are key signatures for quarter tones denoted?
20
Why did we never simplify key signatures?