I'm working on a program to help musicians write chord progressions. You pick the chords one at a time in sequence, and the computer to try to "guess" what chords should come next, similar to the way iphone guesses what word i'm trying to type.

For example, given C-Am-F, the next is likely G.

Here are some rules I've come up with so far. ("home" is the first chord in the song, "last" is the last chord so far, "next" is the chord the computer will guess)

A score is determined based on the number of rules that are satisfied. (Some might be weighted more than others.) The top 10 chords based on score are then presented to the user to pick from.

Has this already been done? Can you help me to think of more rules? I know that my rules so far are not very good.

Percy Goetschius, an American music theoretician of the 19th and early 20th centuries, gave the following table in one of his books. Should get you started. As he says, the ordinary progressions are those of one class to the left, so these should get the largest probability weight. Make sure to give the "digressions" (motions to the right) some love too, however, otherwise you would never leave the tonic class anymore, and also the larger digressions (two classes to the right) for the sake of surprise. What these relative probability weights should be numerically depends on the particular style you want to recreate. Of course all of this doesn't account for modulations, which have their own "rules". 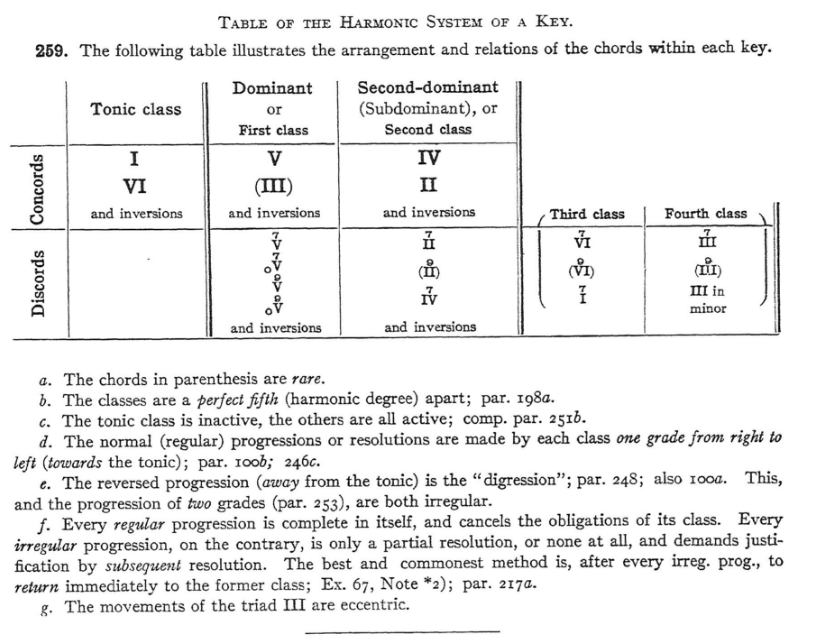 The Project looks like a good idea, However take a look at piano companion(android) mobile app ( I think it has something similar to this feature). Also check garage band(ipad) app.

The example rules listed in the questions are not clear to me, I think you have mixed note and chord in your example rules (the tonic note of next is in the scale of the last (eg. G is in the F major scale) this is confusing, you can reword the rules)

Meanwhile also take a look at chord progressions using "circle of fifth" in music theory, that will help you come up with possible next chords for a given scale, given first chord and given last chord.

Just browsing the paper (indicated by Michael Curtis) and it is a gold mine! Particularly this table. 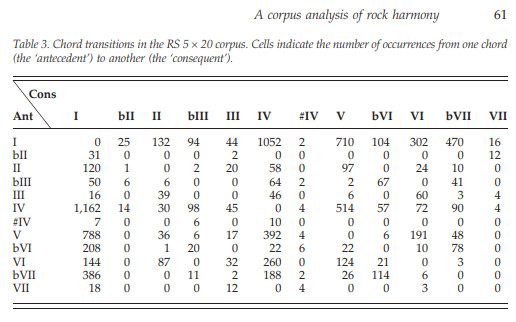