Do Most short motifs and phrases end on the root

This may be objective, but I'd like others input. Do most short phrases and motifs especially in blues and rock, end on the root. I think I've noticed that in most phrases, that the ending note is always the most important to the listener. and its usually the root (or third ) of the backing chord. Yes, No ?

Often, musical phrases come in pairs known as "antecedent" and "consequent." It is sort of analogous to a question and answer, where the antecedent ends on the dominant and the consequent ends on the tonic. The two phrases together are called a "period." http://openmusictheory.com/period.html

I think this is a great question and I have spent a lot of time trying to get the sense of the ending or goal tone of phrases in blues and jazz.

I often have felt that avoiding the tonic is characteristic in the style. That ending on the tonic is either too obvious, too bland, or too strong an ending that breaks the momentum. In no way is this a definitive statement from me, but I do present two examples that I think may illustrate the point. I concede the point up front that these are the "heads" and not necessarily indicative of how the phrasing would work in improvizations. 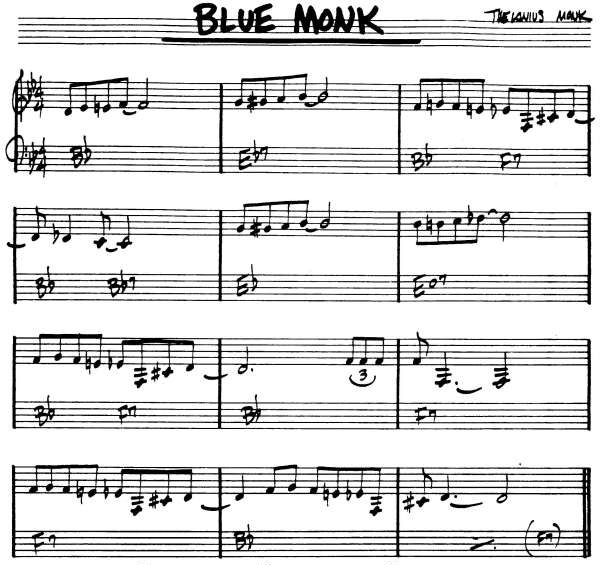 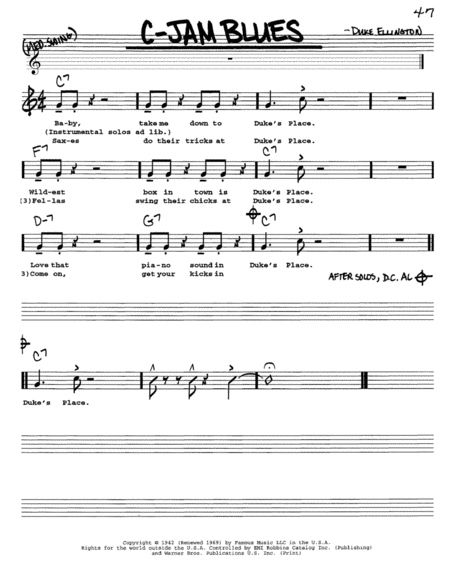 Not the answer you're looking for? Browse other questions tagged motif or ask your own question.

2
Is there a list of motifs and labels of this motifs?
7
Whats the difference between a leitmotif and an idée fixe?