Why does VII have dominant function in natural minor

I have noticed with my own compositions that I can take something like B♭ major and use it to prepare for a C minor entrance, even if C minor is in fact the tonic. Also I have noticed that I can use G major as a preparation for B♭ major even though relative to B♭ major, G major has the the third augmented and is thus not diatonic. That alone increases tension more so than Gm so Bb is even more desirable of an ending.

But in C minor, B♭ major is completely diatonic. And that is for the natural minor(which I use all the time, I never use melodic and very rarely use harmonic).

So for example this chord progression, which I am thinking of using to base my sonata development off of:

Inverse because of 2 reasons.

1) Instead of going to the dominant, you go to the tonic

Retrograde because in a sense, you are going backwards. The ii V increases tension and the VII i releases it. So if you base a piece off of ii V progressions, every additional ii V adds tension and you reach a climax where you could snap back to the tonic. VII i though is perpetual. There is no way you can get more relaxed sounding than ending on the tonic.

But why is it that in major, vii has no clear harmonic function as just a triad and requires a 7th chord context whereas in natural minor, even with just the triad alone, there is clear dominant function and no 7th chord is needed? Is it because in major, vii is a diminished triad and diminished triads have ambiguous resolutions whereas in natural minor, VII is a major triad and a major triad has a clear destination?

In major, vii° does have a clear harmonic function. It's a dominant-function chord. No 7th interval is actually required.

In natural minor, I'd be cautious about claiming that (b)VII is a dominant-function chord. My best explanation for why the VII-i chord progression works in minor keys is because it sounds just like V-vi in the relative major.

And since you can plausibly put all kinds of chords after VII that you cannot put after V, at least in common practice period harmony (e.g. VII-III and VII-iv work, while V-III and V-iv don't), I'd really rather not say that VII is a dominant-function chord.

As @Dekkadeci pointed out viio does have a clear dominant function.

But the main point of the question seems to be about the distinction between being in a minor key versus merely having the key signature - the diatonic tones - for a minor key and what might be better regarded as modal harmony.

Our key signature will be three flats.

To be in the key of C minor we must chromatically alter the ^7 scale degree to form a proper V or viio dominant chord. That is, we need to make the B flat of the key signature a B natural. This point should not be glossed over. You must do this, and form a proper dominant chord, to actually define the minor key.

Now consider the implications of not altering the ^7 degree and playing the bVII B flat major chord. Clearly bVII isn't a dominant... in the key of C minor.

But what other key uses three flats? E flat major. What is the dominant of that key? B flat major!

In major/minor harmony the bVII chord has a dominant function to modulate from a minor key to it's relative major. The chords Cm Bb Eb might get labeled like this:

...B flat major is then the pivot chord between the keys.

Strictly speaking, you cannot be "in C minor" and...

...never use melodic and very rarely use harmonic...

Instead of calling this "being in natural minor" we could say "in the Aeolian mode."

In modal style I've seen people refer to a bVII-i cadence. The bVII can be used to harmonize the ^2 and ^4 scale degrees which in major/minor would commonly be harmonized with a V dominant chord. In that sense the bVII chord could be thought of as an alternative, modal dominant.

It really doesn't help to call bVII 'IV of IV' unless that's what it's DOING - like in 'Get Back'. 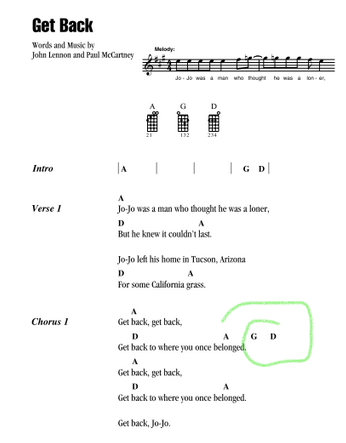 In your sequence C Am F G Em Fm Bb Cm it's pretty clearly behaving as the dominant of Eb major. You've set up a potential modulation to that key, but frustrated it with an interrupted cadence! It's has an element of 'going home' because we remember where we started, on C. If the sequence started on the second or third chord of your sequence, Am or F, I don't think you'd feel Bb - Cm as nearly so much of a dominant- tonic.

bVII CAN act as a pre-tonic. It's got two notes in common with V7. It's got a strong root movement, stepping up nto the tonic. But it doesn't really fit into functional harmony.

The motion of the triad based on the seventh scale step to the tonic is a common cadential function in modal (as opposed to classical "major or minor") harmony, in this case the Aeolian mode. I think it's moot to argue whether or not the VII should be called "dominant". The important thing is that it works.

I think Laurence nailed it. It's simply a potential modulation to Eb or Cm, and the assumption of a C-based tonic only exists because you still remember the C from the beginning.

I made a new answer so I can add this picture

When the Fm comes, it creates ambiguity and introduces a new possible interpretation that co-exists with the first one, but both alternatives are less clear and established at that point than what used to be the only plausible interpretation during C - Am - F - G - Em at the beginning. That's how harmony works, you know. :) It's not a binary digital right/wrong black/white on/off thing, it's an organic biological porridge of shades of gray and many other colors.

If you play your chords at a much slower tempo, you'll get more used to each chord. Try one chord per minute, and every one of them will be a tonic.

What comes to the original question in the subject line "Why does VII have dominant function in natural minor"... it just works like that. Here's another picture

In a sense, you can view C major and A natural minor as the same thing, they're just two sides of the same coin. There's a major side and a minor side. And on both sides, the harmony can be at rest on the tonic, or be leaning towards subdominant or dominant. You can swap the chords and it will work pretty much the same. C <-> Am, F <-> Dm, G <-> Em.

1
Is the ♭VII chord still a dominant chord in the natural minor scale?
11
Strict Diatonic Harmony in Minor Keys - is it even a thing?

13
Why does the dominant lead to the tonic?
8
Why is the third triad dominant?
5
Minor Key (and other key?) Roman Numeral Analysis
4
Diminished seventh spelling but functioning as an Augmented Sixth?
2
How is D7 functioning here? Applied chord both kind of does and doesn't fit
3
Does melodic minor ever function as a key (or tonality) in of itself?
1
In A natural minor what are the tonic and sub dominant family chords?