How do I read this text-only musical notation from Wikipedia

I have practically no music notation experience, so please consider me a dummie when answering.

I am reading this Wikipedia article, about the clave rhythm. They use a text only notation looking like this:

Is this a standardized notation? Does it have a name? Where can I read more about it?

I believe that the first line specifies 'points in time' and the second specifies which of those times should have a beat. But what points in time are specified? What do the 'e', 'a' and '&' mean?

You are correct in your interpretation of the two lines.

In the 1 & a example, you can see that the numbered beat is being divided up into three equal parts, and that there are four total beats per measure. This means we are in 12/8, and that each symbol corresponds to the value of an eighth note.

In the 1 e & a example, the numbered beat is being divided up into four equal parts, and there are four beats per measure. This means we are in 4/4, and each symbol corresponds to the value of a 16th note.

The Wikipedia page you referenced has this image: 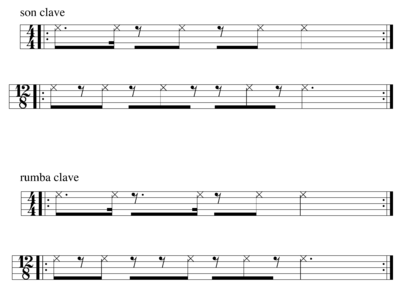 Ultimately, this notation is a type of rhythm counting system that can be used to verbally describe different rhythms. It works by assigning a number to each primary beat in a measure, and then subdividing that beat with various syllables like e, &, a -- some variations exist from place to place, but the basics of & being a duple subdivision and e, a being the next level down are fairly standard with western classical and jazz musicians.

I would be leery of stating that 1 & a is breaking a beat into three -- I've been taught that for triplets one should use 1 la li 2 la li and 1 & a would be 8th note 16th note 16th note (in 4/4 time). It does appear that this example uses that, but that is non-standard. (Because there often is differences in tuples, it's important to pick one and be consistent -- and then make sure to explain it. I use la-lis because they aren't used elsewhere :-P)

One interesting note on this kind of notation (no pun intended) is that it only works with monospace fonts. It is similar in this to the guitar tab you see on sites like ultimateguitar.com. This makes it a pain if you accidentally paste it into, say, Times New Roman font, but the great advantage is that the spacing on the screen is the same as the spacing in time, like in a "piano roll" editor for a drum machine: 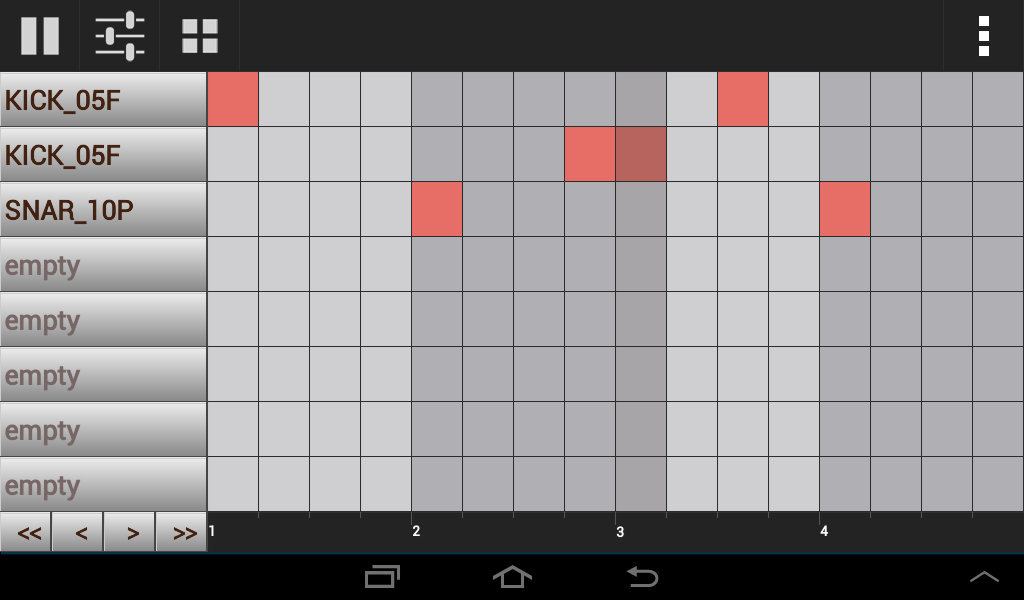 9
What are the various ways of vocalizing rhythmic figures?

15
Lead sheets / fake sheets without score
7
Physiological basis for note durations?
12
How do I read this notation?
6
Word for part of a beat
8
Musical “ellipsis mark” (name & usage of this symbol)
2
How to interpret a finger slap notation on a guitar tab?
3
Meter and time signature headache
2
What is the name of the practice of rhythm being written as series of 2's and 3's?
5
What is the meaning of “M. M.” in this tempo mark?