Is anyone familiar with some freely available guide explaining in detail how to read Bach's organ tablature notation?

Apparently, Bach was very comfortable in using the tablature notation, especially in his youth, probably because it saved him a lot of time when copying music, not to mention the paper, due to its compactness. Supposedly, the great Passacaglia in C minor, BWV 582 was originally written this way.

Here is a great example of the notation, Fantasia in C minor, BWV 1121: 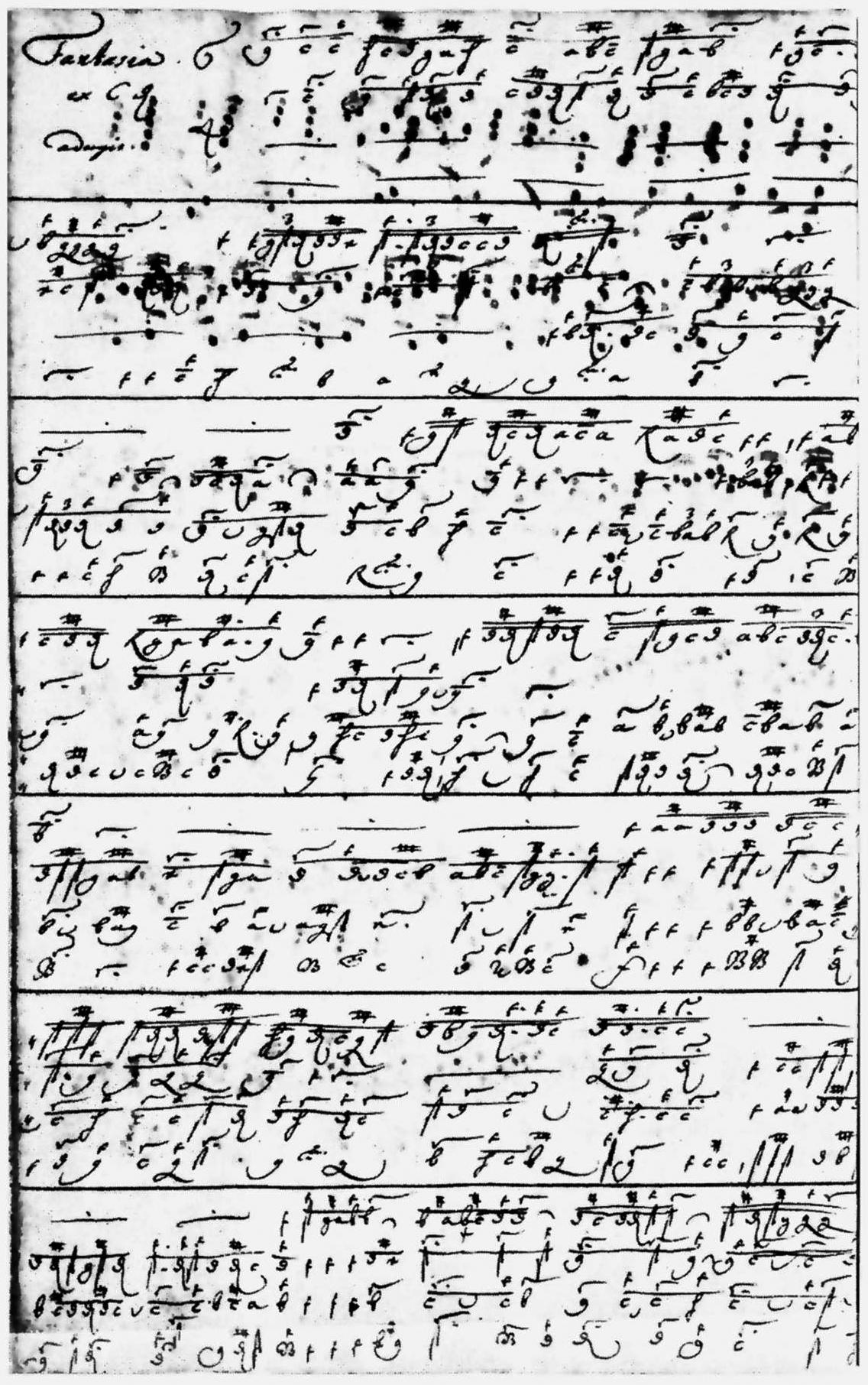 Now, I can compare this to the sheet music version (which is available on IMSLP, for example) and I can figure out some patterns (it's very similar to our modern abc notation, for example), but without some guide on the symbols, and considering the fact Bach's handwriting is at places unclear, it makes it very difficult to figure it out.

I'm not familiar but may be this sites will help you going on:

http://www.bach-cantatas.com/Scores/BWV1121-Tablature.htm https://www.johnmckean.info/single-post/2017/04/23/Introducing-“Möller”-–-A-Music-Font-for-German-Organ-Tablature https://www.talkclassical.com/45168-organ-tablature-what-how.html "Books on music notation like Willi Apel's The Notation of Polyphonic Music and Richard Rastell's The Notation of Western Music have chapters on keyboard and lute tablatures. Keyboard tablatures use letters or numbers to represent pitches. There were different systems used in different countries. Bach apparently read keyboard tablature and would sometimes use it to notate music in the margins of pages when all of the staves were filled.

One could also look up tablature in the New Grove Encyclopedia of Music. "

Not the answer you're looking for? Browse other questions tagged notation tablature j-s-bach organ or ask your own question.