What is the technique about how this this violin is held called?

I think this way is called "holding the fiddle at the chest" or against the chest or "low down on the chest" (Chris Haig, The Fiddle Handbook).

This hold is sometimes used for genres which usually refer to the violin as fiddle and playing it is called fiddling. E.g. in country or bluegrass.

While this position has obvious disadvantages e.g. vibrato (especially fast) is more difficult and playing in higher positions is much more difficult as well as changing the positions. These are techniques that are in general rarely used in fiddling.

Advantages of these positions are that it is stylistic typical to do so which adds to the mood of the presentation but also that its easier to sing while playing (I don't have an overview how many fiddlers do so, but there are some doing so.). It's easier to move on stage and keep contact with your fellows. At least they say so, but this claim seems quite plausible. Drew Beisswenger mentions (North American Fiddle Music - A Research and Information Guide, 20011, Routledge) that the positions used by fiddlers also "make it possible for them to play for six or eight hours straight".

This way of holding the violin was also applied in the early days of playing violin. For reference see the following drawing by the Dutch painter Frans Hals (about 1630s): 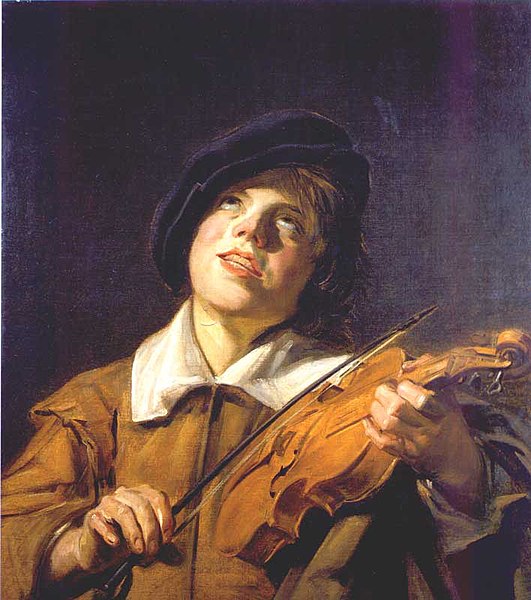