I've just rewired my 4x12 cab to become two 2x12s to accommodate for a new head. One duo of speakers is playing loud and clear, the other side sounds extremely underpowered. One speaker at maybe 60%, the other at maybe 25% of the expected volume (and compared to the other pair).

I've tried this amp through another cab with two 8 ohm inputs and she works fine.

The amp has two 8 ohm outputs, so I'm going from each into my "new" 2x12s (all the same speakers, celestion 16ohm wired in parallel for 8ohms). The "good" pair of speakers is wired to a regular mono phone jack. The "bad" pair is wired to a two-lead Cliff jack that was original to the cab.

The contacts on the "bad" jack all seem to be tight, nothing visibly wrong. I've re-done the wiring once, cleaned up all the connections and triple-checked which wires go where... my only thinking is that maybe I have the poles wrong on my "bad" jack, since I can't find a schematic telling me which lead is which, I'm just going off of the pictures I took before I re-did the wiring (and maybe I've had the poles wrong for years and didn't know it).

Could having my pos/negative incorrectly connected on my Cliff jack cause this problem? Or would I not be getting any sound at all?

PS attached is a picture of the jack, if anyone can tell me with certainty which lead is which and whether or not this could be my issue 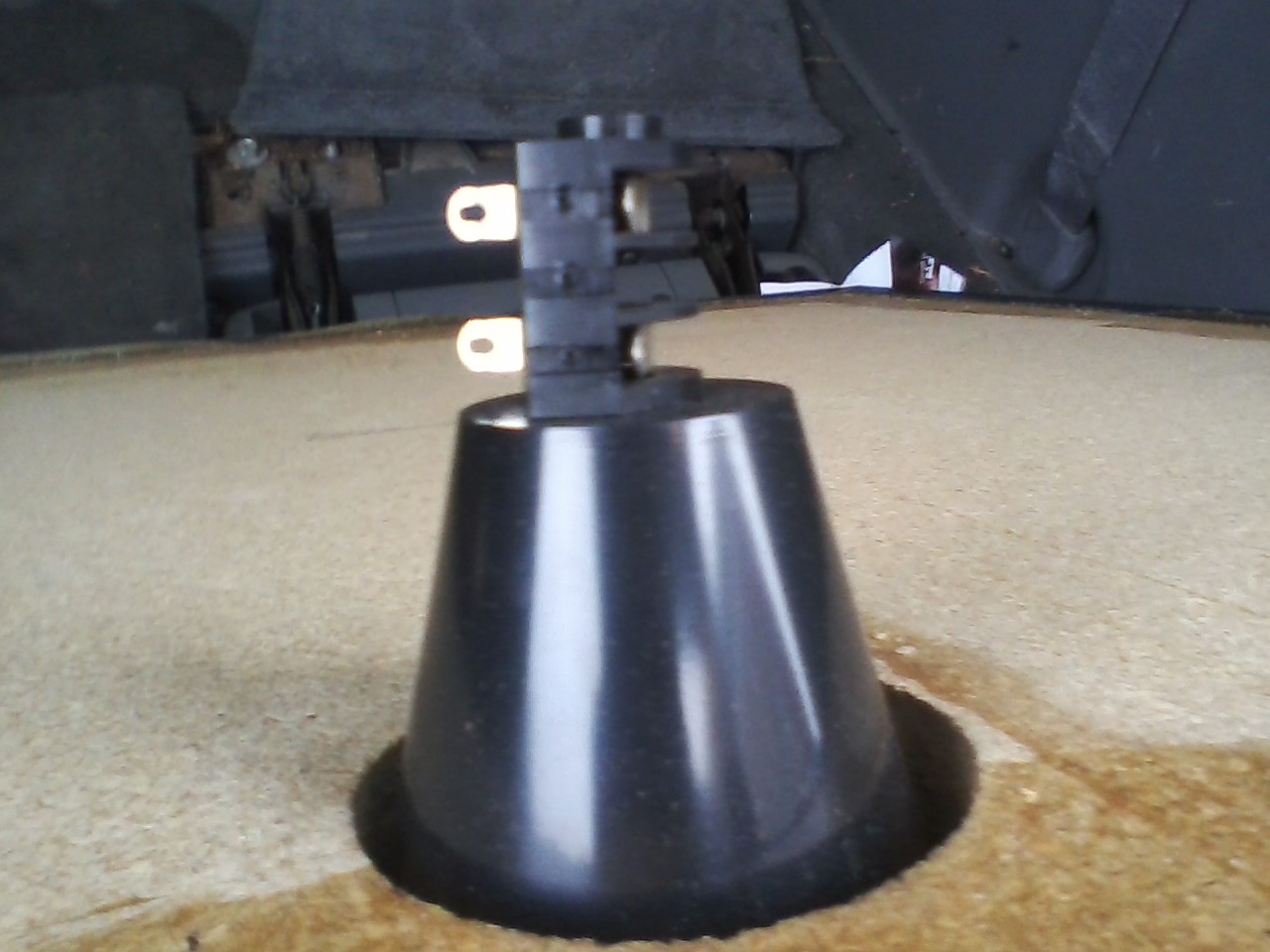 Connecting speakers in series will increase resistance, and connecting them in parallel will decrease resistance (as in the following diagrams from https://www.hometoys.com/article/2002/06/series--parallel-speaker-wiring/1775/)

Your original 4x12 cab probably had series/parallel wiring, as follows. My recommendation is to check your wiring - I think you have an incorrect connection somewhere.

5
Is it safe to place a (potentially heavy) combo amp on top of a cab?
1
Peavey SP-2A Speaker Repair
8
How to connect a line signal to a guitar amp?
2
Guitar amplifier speaker replacement - different connector size
0
substituting combo amp for speaker
2
How to rewire my cabinet properly
2
Speaker impedance: rewiring four 8 Ω speakers for use with 8 Ω amp output
0
Splitting a 4x12 to two 2x12s
1
Speaker not working of laney lionheart
0
Monoprice 15 watt 112 with 8ohm speaker. External cabinet questions