Stuck orchestrating the melody of a Beethoven sonata

I have been orchestrating the Pathetique Sonata for months. I looked on IMSLP and saw no orchestral transcription. And I figured, if I am going to orchestrate a piano sonata, this would be the sonata to orchestrate because it sounds orchestral with all those chords and octaves, even as a piano solo.

I am redoing my orchestration of the Pathetique Sonata though because I wasn't satisfied with it and also because I got very distracted from it. But unlike last time, I am finding difficulties orchestrating the melody. 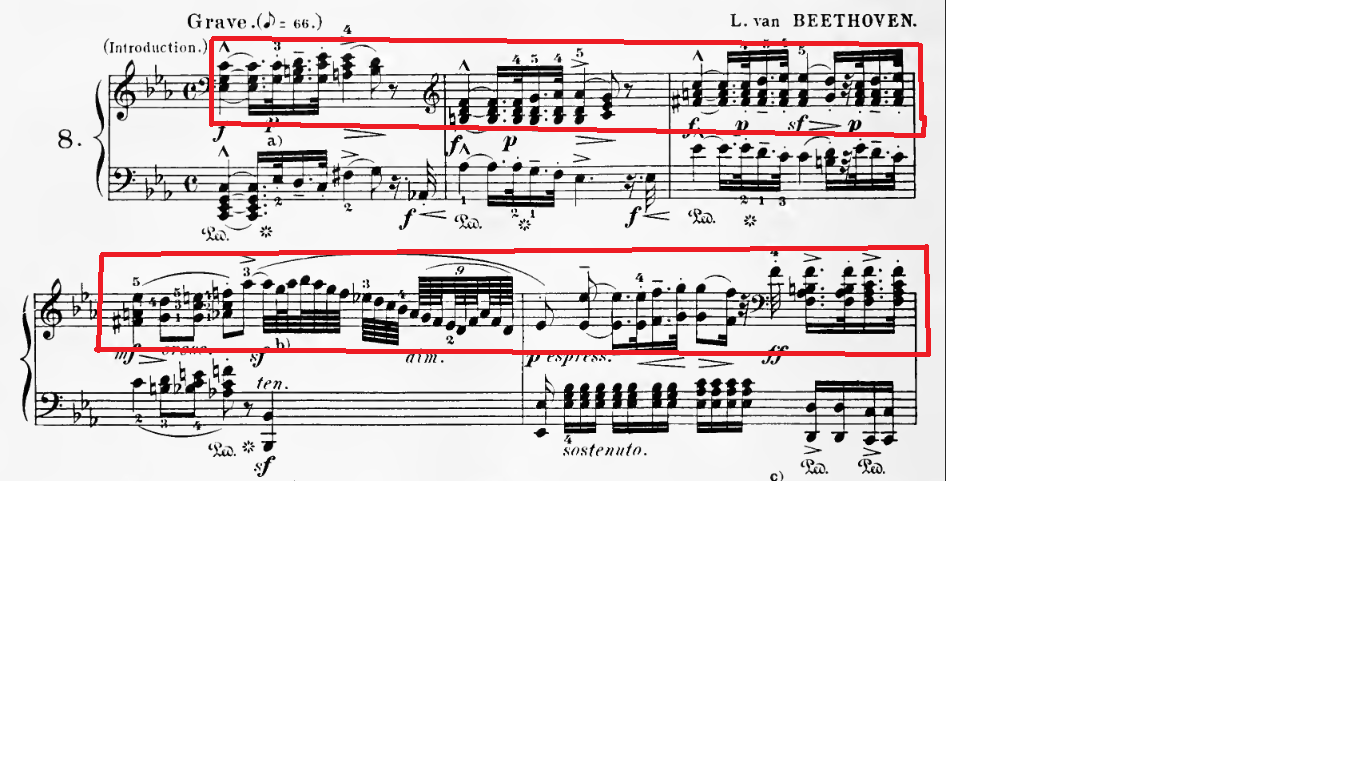 In the red boxes is the melody I am trying to orchestrate. It should be easy because it is chords. But the hard part of it is deciding on which octaves for which instruments. I mean if I have the oboe an octave up and the flute 2 octaves up, I will reach extremes of range and probably need the piccolo. On the other hand, the flute is quiet in its low register and would be drowned out by just the other woodwinds, not to mention the strings and brass.

Here is what I have so far of the woodwinds. As you can see, I have it in concert pitch on Musescore to make writing the clarinet and horn parts easier. And as you can see, the clarinet is currently taking the lowest melody line starting in its lowest octave. 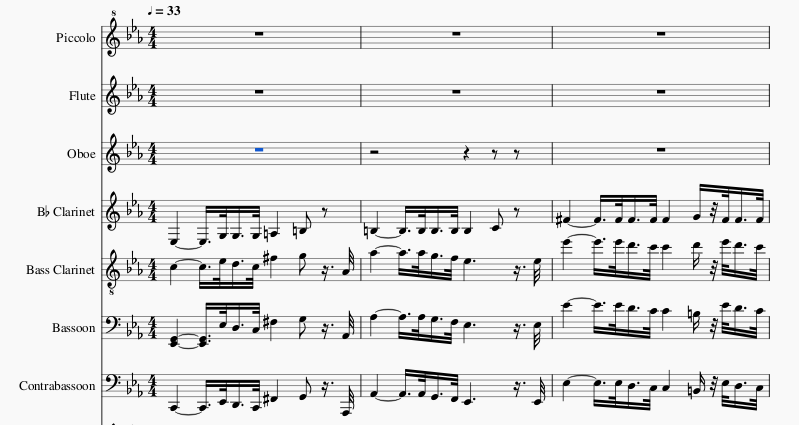 So what should I do? Should I copy the melody not only by pitch but also by octave(which would mean writing the entire melody 8va)? Should I go my normal 1 octave between instruments? Should I have the flute be within an octave of the oboe and have the top notes played by the piccolo an octave above the flute?

My general inclination is to treat the orchestra (especially the winds) as a collection of solo instruments, not as a single big instrument. Take that as a warning as you consider my advice.

I'm thinking solo flute an octave over solo horn (over violas and cellos, maybe bassoons) for the first half of measure 5. (Note that horn part could be played by a valveless horn in E-flat if you want to restrict yourself to valveless horns - which is all composers up to Brahms had to work with.)

If you look at most orchestra scores, you'll see the wind instruments have lots and lots of rests. You don't need them all playing all the time.

It seems to me as you were fixed at the idea to keep the opening bars in the same woodwind section. In my opinion this motive and the whole phrase/sentence invites you to distribute the motives to the different sections in the orchestra:

4
What combinations of wind instruments could mimic or closely resemble the timbre of a pipe organ?
2
Instrumentation of the Rite of Spring
1
Advice on arranging piano music for wind quartet?
4
Will a forte tympani overpower a quiet orchestra?
1
How should I write a tutti chord?
4
Rootless chords in Beethoven sonata?
1
Augmented triad in Pathetique Sonata? How does it function?
2
How am I supposed to orchestrate a D7 when the chordal seventh is emphasized?
1
Do I need to worry about Tympani glissando here?
1
First Movement of Mozart's Horn Concerto no. 2, is it Sonata Form or Rondo Form?