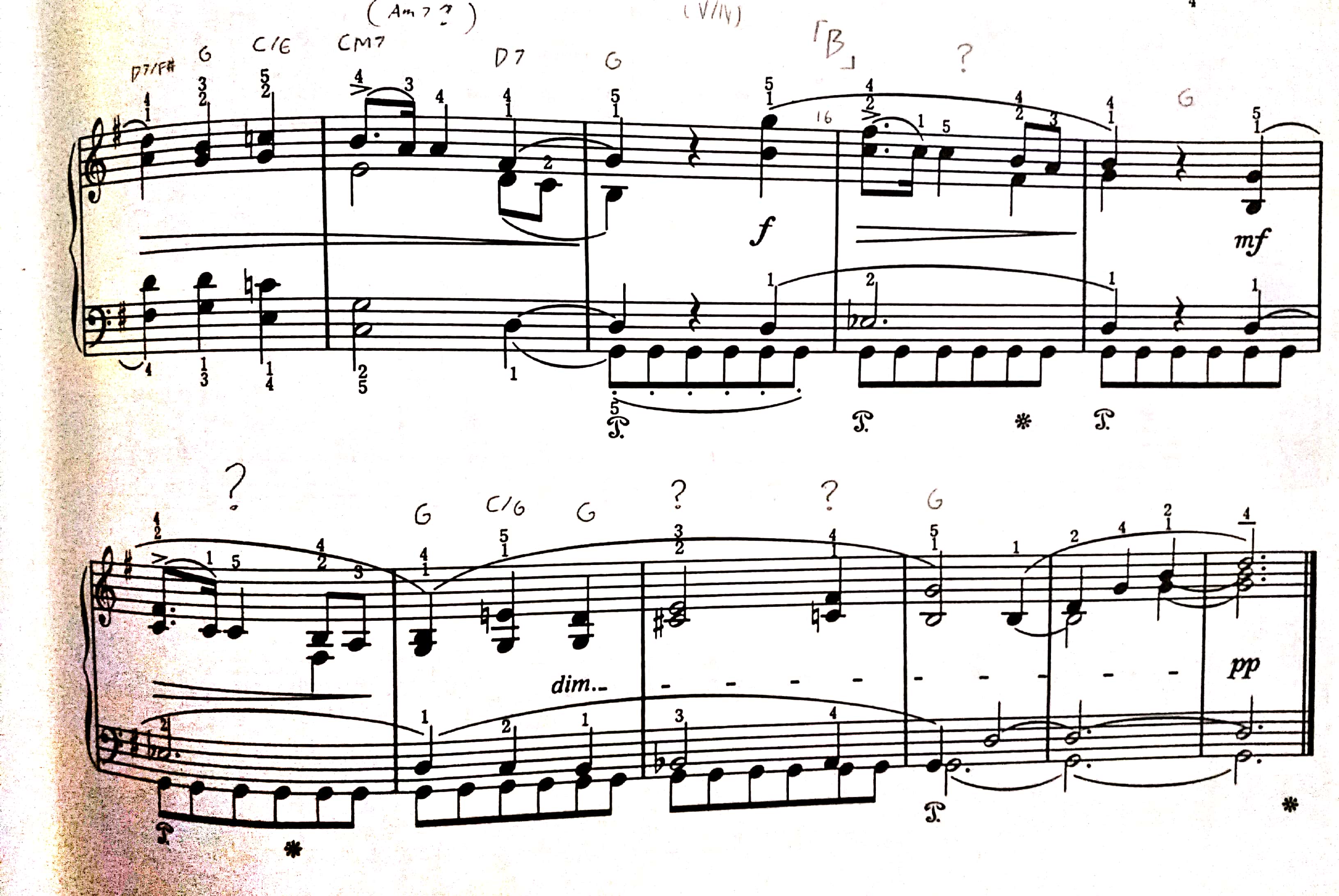 At the 4th measure from the picture, Starting of the [B] section, there is a question mark.

What is this chord? It also appears in the 3rd measure of the [B] section.

Always remember to be on the lookout for non-chord tones!

The measure with G E♭ C F♯ is, in my view, a vii°7 above a G pedal. This measure is bookended by tonic chords, so the vii°7 serves its typical function of expanding tonic. And the chordal third (A) appears at the end of the measure to fill out the chord: F♯ A C E♭.

Your second example of G B♭ C# E is a bit trickier, but I think it's mainly the result of voice leading. Notice that the tenor line (the higher voice in the bass clef) is just a descending line from the start of the bottom system: E♭–D–C–B–B♭–A–G. Also notice that your soprano line is mostly an ascent that starts one measure later than the bass's descent: B–(E)–D–E–F#–G. So in my opinion the G B♭ C# E chord is really just what happens when you:

With those three pitches, a fully diminished seventh is really the only possibility. You could understand it as a type of vii°7/V; C# is spelled as the root, so the chord is in 4/3 inversion. The only oddity here is that it doesn't technically resolve to a V chord; beat 3 of that measure doesn't have a D! But the D is pretty strongly implied, so this seems one valid analysis.

above the pedal note of the tonic G major

this is quite a similar progression and function:

but here is F# A C without the root tone D

above the pedal point G

above the pedal tone G.

in this example you see the pedal note and the with vii and also borrowed (or secondary) vii chords: notice pedal point = pedal note = pedal tone mean the same.