In harmony: key or the flow?

I play ambient music and my approach on creating chord lines is simple, just try to stick on the key and if I want to change the key then make it subtle.

But today I tried to create harmony lines which doesn't have a center key, just using enharmonic chords.

Can music be written not by functionality (for instance: I-IV-V), but only just the motion of the notes (as my line)?

I searched but I didn't find any written/spoken material about this topic.

It's very interesting and I want to know more about this approach.

You do not have to analyze music using Roman numeral analysis.

Some music - Impressionism like Debussy - does not fit neatly into Roman numeral analysis.

A chromatic mediant example would be like D minor to Bb minor. The Roman numeral analysis would be bvi but the important thing is that isn't one of the usual chords in minor. You can read more about chromatic mediants at Wikipedia.

Chord planing is when you use one chord type and just move it in parallel fashion. In your example C# major to D is a kind of planing, but usually you would have the parallel motion move more than just one step. When the motion involves only two chords by a halfstep as in your example you might describe it as a kind of appoggiatura chord.

All but the last C# major fit into the key signature for A major where the first four chords would be A: IV vi I iii.

But then some might think it clever to say it fits into F# minor as F#m: VI i III v V

The problem with both - or any other attempt to label "the key" - is the harmony doesn't do anything to actually confirm a key. Specifically there isn't a cadence.

I think the important thing about the progression is that it moves mostly by ascending thirds. In the tonal major/minor key system that is a weak progression. By "weak" it really means not a strong way to define a clear key. It doesn't mean bad harmony. This kind of harmony can have a very gentle flowing feel that would not be found in music like Haydn's, but would seem to work well with ambient.

You might think of this kind of harmony as anti-cadential because it seems to avoid cadential patterns. But if you consider that a cadence functions to stop the flow of the music, it makes sense to take an anti-cadential direction in ambient music where you want the music to sort of float endlessly.

It may help to think in terms of diatonic harmony versus being in a key. You can select chords from a key signature like A major without formally being in the key of A. You might look into modern modal music or pan-diatonicism to get an idea of how that can work.

I sense you are already on the right track. You don't need to formally define a key. You do not need to approach harmony with only Roman numeral analysis. Try reading up on the modernists of the 20th century like Debussy, Ravel, Bartok, Stravinsky, Hindemith, Poulenc, Milhaud, etc. Stylistically some of that music is brutal and not at all like ambient, but it will give you a whole new set of analytically terminology to use when approaching your own music.

You're describing chords that are created not by reference to an overarching tonic, but that are created by linear motion and voice leading. In your sample chords, notice that each chord has two tones in common with the prior chord, and the other voice moved by step.

This is a common practice beginning in the nineteenth century. One really common example for music students is Chopin's E-minor Prelude: 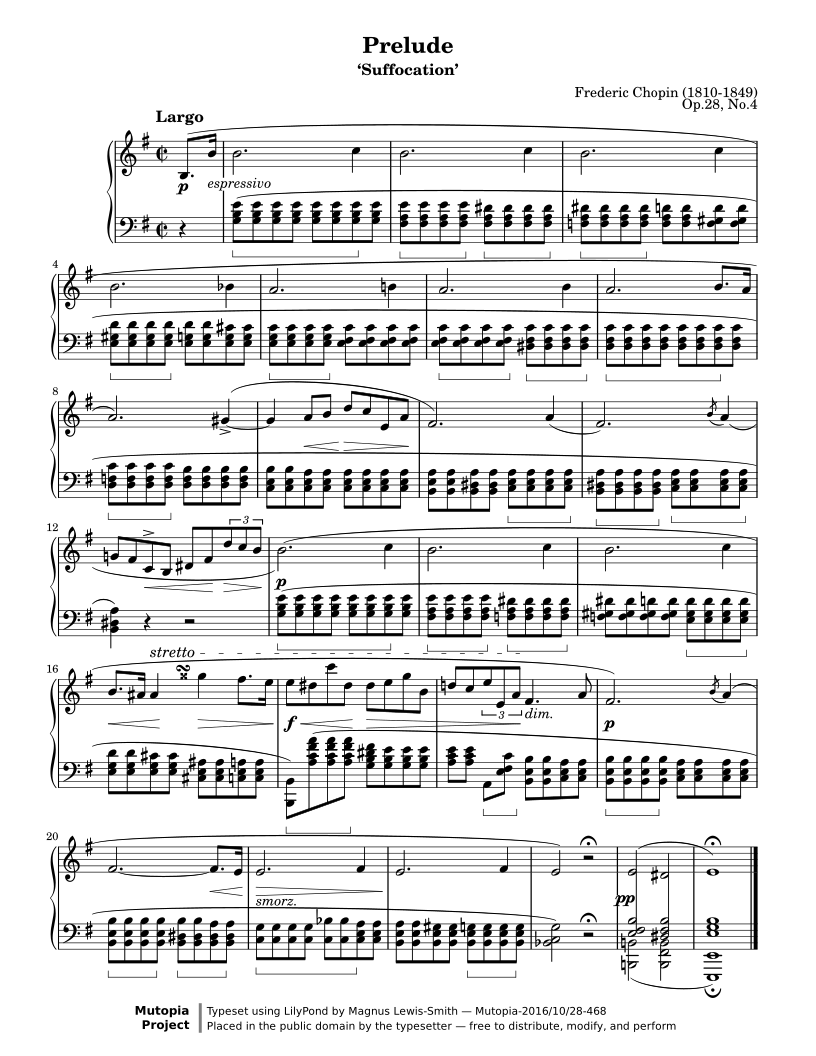 By the time you reach the third measure, the chords quit making sense in E minor, and a Roman-numeral analysis is utterly nonsensical. But understanding the chords as byproducts of voice leading and linear motion suddenly clarifies what Chopin is doing.

Can music be written not by functionality (for instance: I-IV-V), but only just the motion of the notes (as my line)?

Yes, music can be written in a wide variety of ways, and functional harmony is just one. As Todd Wilcox pointed out in his comment, a full explanation of keys, chords, and the various ways of moving between them is outside the scope of this forum.

What you are doing could be described as a type of "process music" - that is, you are coming up with a process for composition and allowing that process to play out. In your case, you are moving through chords by allowing one voice to move step-wise. Some other terms you may want to research are "non-functional harmony" and "voice-leading."

Your process also sounds a bit like "Neo-Reimannian Theory," which is very complicated, but this video does a good job of trying to explain it:

I play ambient music and my approach on creating chord lines is simple, just try to stick on the key

In some ways, I might think that would be the least promising approach to creating ambient music!

Using chords diatonic to a key is likely to create typical tensions and resolutions that will grab listeners' attention and give the music a sense of driving forward. Very often, of course, that's what you want - except for when making ambient music!

(I do recognise that there are different styles within ambient, and that statement may be more applicable to some of those subgenres than others - and I don't mean to assume that you've been unsuccessful!)

As you've mentioned "just the motion of the notes", one approach you might want to look at is polyphony - a type of texture arising from simultaneous melodic lines. It's actually an older tradition than that of thinking in terms of block chords.

It's also very common for ambient music to be based more or less around a single chord for a whole piece, perhaps just moving the odd note here and there to create variations on the tonality.

Many ambient pieces use delay and reverb to cause interesting evolving concords and discords which wouldn't be apparent from looking at a score of the 'played' notes.

Another common ambient technique is to explore the line between timbre and harmony, and the way that the motion of the harmonics in a sustained note can create changes in the quality of the sonority produced. Or to put it another way - hold down a couple of notes and muck around with the knobs on the synth!

The change of the last 2 chords is the change between the relative chords C#m - C#. The preceding prgogression could be considered as a chain of 4 third related chords round the center of A:

This is not so usual then the opposite direction:

If you did continue the principle of third relation the progression would be:

Is this what you mean?

32
What is the relationship between the melody line and the rhythm chords?
15
When playing in a minor key, will the chords be minor as well?
27
Learning to create melodies
13
How do you write successive, non-functional chord progressions?
1
Modal approach to soloing over this piece?
3
Seventh chords and the key a song is written in
1
Exhaustive list of chord (at least triad and dom7) functions for a software ear training tool
1
Writing a piano part for a 4.-part choir piece
4
How do I find suitable chords for a melody or a song? Or How do I come up with chord progression?
6
Can you tonicize to a chord that's not on the original key?