Are there any cases where the ii chord is replaced by the Neapolitan chord in the Circle of Fifths Progression?

I know that the circle of fifths progression is extremely common, and it is "I-IV-viio-iii-vi-ii-V-I" in major and "i-iv-VII-III-VI-iio-V-i" in minor. However, are there any cases where the ii / iio is replaced by the Neapolitan (half above the tonic) chord in the progression?

When you use the term Neapolitan and not tritone substitute I assume you are talking about classical style.

Also the way you worded the question it's clear you want either...

I am of the opinion that if you look hard enough you will find an example of just about any tonal chord change.

I think a great resource to see the great range of harmonic possibilities in a very condensed space is Bach's 371 Harmonized Chorales arranged on grand staff for study at the keyboard.

A long time ago I tried to play one chorale everyday. Practically every one of those days presented some new, unexpected harmonic progression. Eventually it became clear a whole lot of unexpected things can happen and voice leading is paramount, dominant harmony is the bedrock, and all harmonic oddness will lead to clarity at the cadences.

You probably won't find this particular sequential passage in the 371 Chorales - that music isn't very sequential - but I brought it up, because it might help you see that harmony doesn't need to fit into the neat and tidy descriptions found in harmony textbooks.

Instead of cherry picking occurrences of progression X for what I suspect will be a rationale for using the progression in another musical setting, it seems better to understand why certain progression are used and use that understanding as a guide.

I see a two part question:

Sometimes a short descending fifths sequence is used either to change key or lead to some goal like a half cadence. Either way the point is to use the sequence device to go to some other harmonic region.

But the full circle of fifths goes from I right back to I. It doesn't really go anywhere. So why do this? What is the purpose?

I would give two main reasons: prolong the tonic or reaffirm the tonic.

Why use a Neapolitan?

Let's first make clear that the chord is an alteration of subdominant harmony. In C minor we would have F in the bass and Ab above to start. An additional C above would create iv, alternately a D above would create a iio6. Alter either the C up a half step or the D down a half step to the Db and we get the N6 chord. So we can see how the foundation of F Ab links these all as related subdominant harmonies.

Why use a Neapolitan? To get subdominant harmony and move to the dominant.

Why use the altered subdominant of the Neapolitan rather than just a plain iv or iio6?

One reason is the lowered scale degree ^2 will result in a Phrydian inflected minor scale, so it provides a dramatic dark harmonic color.

But another reason is that the minor mode sort of invites this alteration. The fifth of the N6 chord is already present in the minor scale as Ab so only a single half step alteration is needed. Additionally the resulting Db major chord is rooted a perfect fifth below the preceding chord in the circle of fifths Ab major and that is a very conventional progression.

We can see why the Neapolitan chord fits so easily in the minor mode. 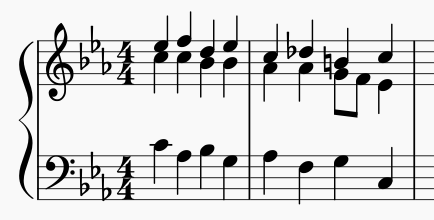 By contract the chord is used much less commonly in major keys, because of the necessary additional alteration of the Ab. It's sort of an awkward chord in major keys. 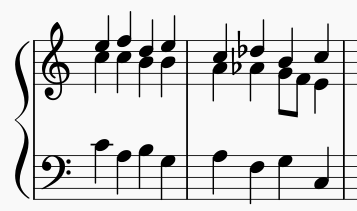 Will you find N6 used in the full circle of fifth sequence?

I would first look for it in Baroque music. I would be surprised if it couldn't be found. Then ask if it just provides the Phrygian flavor or some other has some other purpose? Then, probably more importantly, ask how the full circle of fifths is being used structurally.

I can think of a couple reasons why this might be uncommon, especially in jazz:

The Altered Dominant chord is enharmonic to and a different voicing of the ♭II13♯11 chord.

Strictly speaking, the altered dominant chord would (in C major) theoretically contain some of the notes G, B, D, F, A♭, A♯, C♯, and E♭. This is of course from the Altered Scale, G A♭ B♭ C♭ D♭ E♭ F, and also the fifth of the chord, D, which is usually omitted in practice anyway.

The Neapolitan chord traditionally was the ♭II chord; in C major this is the notes D♭, F, and A♭. In jazz, this often becomes D♭13♯11 (a tritone substitution of the dominant, but extended), containing D♭, F, A♭, C♭, E♭, G, and B♭.

Look how similar the two are!

All of the notes are enharmonic to each other! The two are identical without context when certain voicings are considered. F-A-B-E might be a G13, but it could also be a D♭ ALT voicing.

To answer the original question: OP asks why (whether) ♭II is rarely used in the Circle of Fifths progression. The ii chord is always followed by a V chord; such is the nature of the progression. Try to follow a D♭ chord with a G chord, and it may end up sounding like the chords have the same root but diffeent qualities, namely from some alteration to dominant. This can kill the motion of the progression, and while it's not always undesirable as a sound, it's certainly different enough to be a difficult substitution to pull off. For another example of the often undesirable "same-root-different-quality", try playing A-Amaj7-A7-A6-A, then juxtapose that with A-E-A7-D-A. And in the case of the Neapolitan chord, the more extensions you add on, the worse the effect gets. Especially in minor, where that V chord might even contain a lot of the altered extensions present in the ♭II, and it could end up sounding like the same chord twice.

And of course, root motion by a tritone will ruin the smooth voice-leading. There will always be a jump of a minor third in one voice (with triads only). And let's not forget that the ♭II chord is definitely an acquired taste; it would be the only chord in that progression outside of the diatonic major scale.

I can't see any really great reasons to substitute that chord for the ii; if you must not use the ii, try the II instead. it's a secondary dominant, which is also non-diatonic but at least keeps the sense of resolution towards the V.

A great example of others learning about substitution possibly for the first time and then applying it in nonidiomatic contexts (no disrespect to user xnakos) is Can chord substitutions take place unrestrictedly without invalidating a progression?. The rest of this thread is great, but OP lists a few candidate progressions where substitution is applied but doesn't sound very smooth or functional. The important thing to remember about advanced concepts is that sometimes less is more, and that the more theoretical your music gets, the easier it gets to lose track of what sounds good. Harmony is like walking dogs, to paraphrase Jacob Collier. The more complicated, the more responsibility you have to control it, but the more potential exists to be creative and original.

8
Can chord substitutions take place unrestrictedly without invalidating a progression?