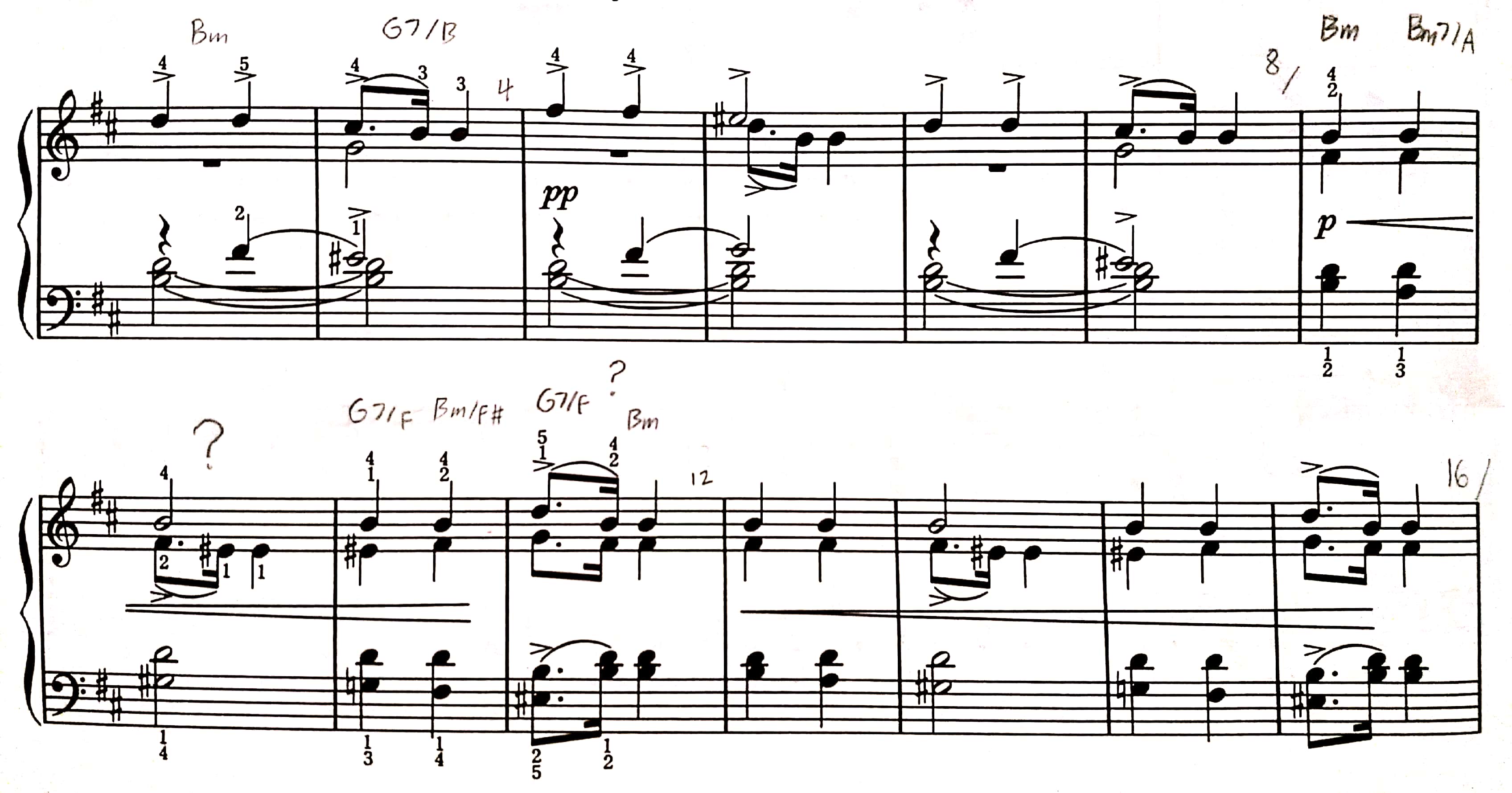 I can't figure out what chord it is..

I can't understand how does this work. In my previous questions I was told that G7 is augmented six chord. (Analyzing Tschaikowsky's "Wintermorgen 2")

But that one was on the same root position Bm and G7/B.

so I kind of understand it as just expending the tonic going back and forth.

But in this case they have a quite interval between them..

(whereby the F# of the 1. tetrad can be considered as a sustained note of the following dim7 chord.)

The next chord in question is as you say again a augmented German sixth (inversion!) resolving into the tonic.

You should really read what's said about inversions of the augmented sixth chord then you will probably see that my answer was fully applicable:

Augmented sixth chords are occasionally used with a different chord member in the bass. Since there is no consensus among theorists that they are in root position in their normal form, the word "inversion" isn't necessarily accurate, but is found in some textbooks, nonetheless. Sometimes, "inverted" augmented sixth chords occur as a product of voice leading.

Throughout the piece, the dotted-eighth–sixteenth figure is used as a rhythmic motive. And often, the first note of that figure is a non-chord tone that resolves to a chord tone on the sixteenth note.

The same is happening here; the F♯ is a non-chord tone, and the true chord tone is the E♯. This makes that downbeat an E♯ fully diminished seventh chord in first inversion. Notice that this E♯ returns in the bass on the downbeat of the third measure of the second system (i.e., the second line of your example). But this time, it's creating what we call a German diminished-seventh chord (also sometimes called a German diminished-third). In short, this is a German augmented-sixth chord but with ♯4 in the bass instead of ♭6.