How should I play strikethrough notes?

I'm currently practicing Chopin's Ballade No. 1 in G minor. In my Edition at the last page, in the sixth last bar, there are some strikethrough notes: 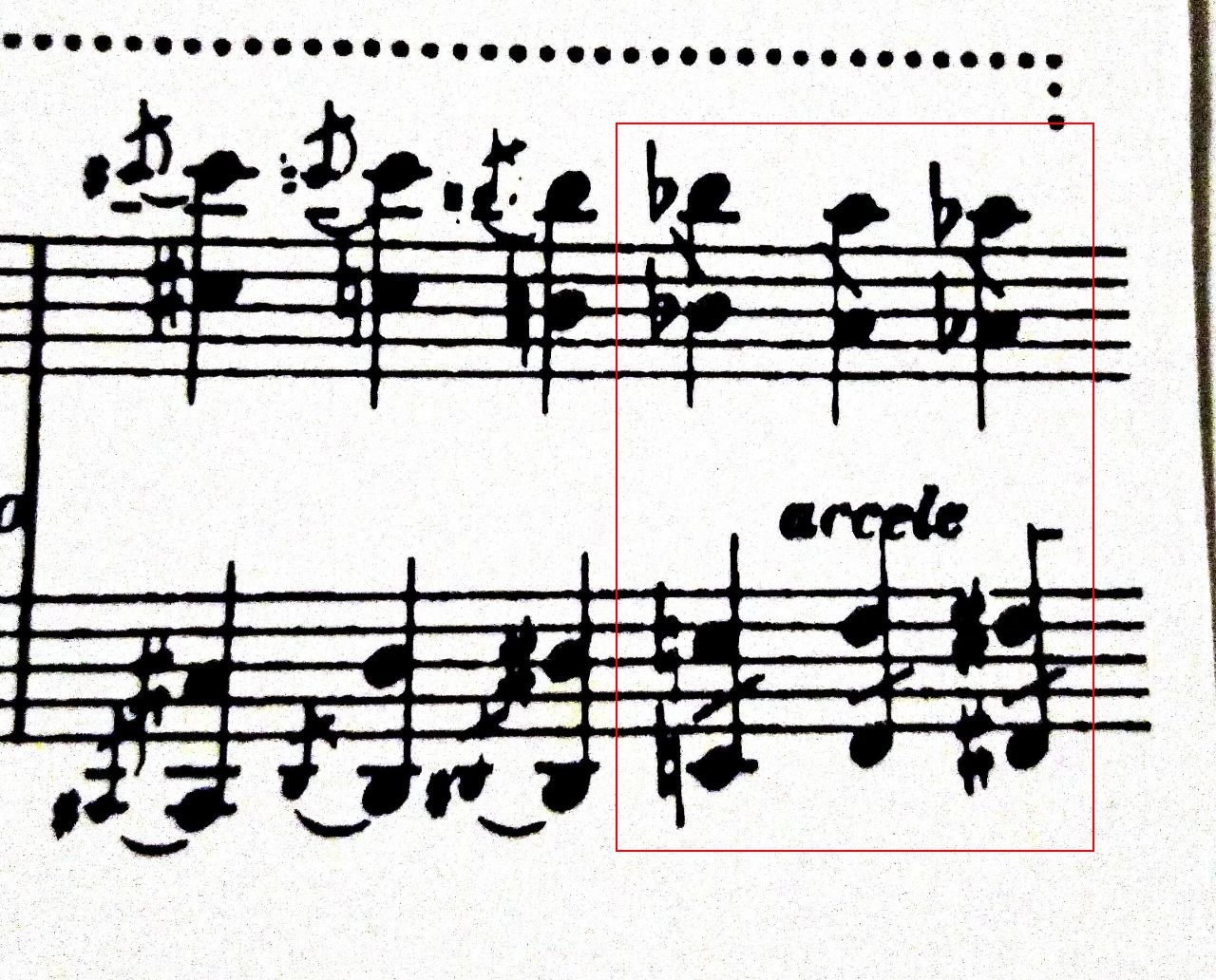 How should I play them? I have never seen them anywhere else and in other editions I found (for example this one, this one or this one), they are just missing.

Edit: My edition is from Ernst Rudorff and was published in "Friedrich Chopin's Werke. Band I" by Breitkopf und Härtel in 1878. It can also be found at the IMSLP.

The advice to ignore these marks based on the "first edition" is not well-founded. These marks are present in the autograph. The situation with Chopin is usually quite complex as he was selling his works simultaneously to multiple publishers.

Let's look at how a couple of well-regarded editions handled them.

The Paderewski edition reproduced them in the text. From the critical commentary:

In MS the last three octaves in the treble, as well as in the bass, are marked by small oblique lines pointing downwards in the treble, upwards in the bass. This signifies that these octaves should be played as arpeggios, in the same way as the preceding octaves, but more rapidly. FE, GE, and EE do not have these arpeggio signs which are, in fact, no longer used.

FE, GE, EE refer to the French, German, and English editions by Schlesinger, Breitkopf and Härtel, and Wessel respectively.

The Henle edition chooses not to reproduce the marks. It says nothing about them in the critical commentary, but adds a footnote on the relevant page of the score giving the notation and saying:

A: Probably an abbreviation for the continuation of the appoggiaturas in this measure.

Here A stands for autograph.

Wiener Urtext also reproduces the marks and offers comments on the interpretation, but I don't have access to this edition at the moment.

Typically a slash is shorthand for playing repeated notes. One slash thru a quarter note is the same as two eighth notes, two slashes would mean 4 sixteenth, etc. (With digressions for triplet rhythms). See Dolmetsch under "tremolo" .

Since you point out they aren't in other editions, I'd check each edition to see who the "editor" or "arranger" was. It's very common for some advisor/musician to put in their interpretations over the original composer's markings.

Just quoting comments, as those can be prone to vaporizing. PatMuchmore says

But those markings wouldn’t be in between the two noteheads usually, they’d be on the stem above the top note or the stem below the bottom note. Maybe this is just shorthand for continuing the grace note figures from the previous measure.

And 'replete' points out the Henle edition agrees with that interpretation.

The OP's edition was apparently edited by Ernst_Rudorff.

Chopin has always been a victim of editors (often "famous" pianists who were not famous because of the depth of their musical scholarship) who thought they know better than the composer how the music should be notated and played (though Rudorff seems to have been a piano teacher, not a performer).

These marks were certainly not in the first edition. Just ignore them. They might possibly mean "play these octaves the same way as the previous ones, notated with grace notes" - but if Chopin had wanted that, he was quite capable of writing it himself. The fact that the octaves with the grace notes that Chopin did write are marked "ritenuto," and those without grace notes are marked "accelerando," is not the sort of detail most "famous pianists" bothered about, if their own whims and fancies about playing the music differed from what the composer actually wrote.

Incidentally, the first of the OP's three links (to a nameless modern engraving of the piece, which looks like it has been produced by modern computer notation software and not "professionally" edited) arbitrarily changes the position of the "accelerando" mark, obliterating the meaning of the comment in the previous paragraph. Don't believe anything done by "some guy on the interweb" unless you can verify it yourself.

Not the answer you're looking for? Browse other questions tagged notation chopin or ask your own question.

2
How to play given notes on the guitar
13
Do some measures get no numbers, in an opera score?
7
How should I notate repeated dotted eighth notes?
2
Handling tie with partially matching notes
4
Strikethrough and Roman numeral analysis in Schoenberg
0
Interpretation - How should one play the bass line in Chopin's Op.25 No.11 (Winter Wind)?
0
How do you play Stacked notes
5
How should one play those codas?
0
The Grand Staff Revealed?