Does Tchaikovsky's Sleeping Beauty modulate to the relative minor?

There's a part of Tchaikovsky's Sleeping Beauty that I like. And I was wondering if I'm right as far as the theory goes: 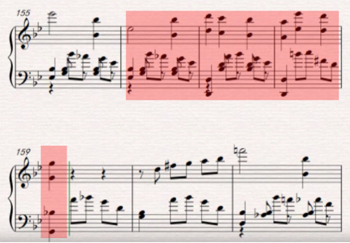 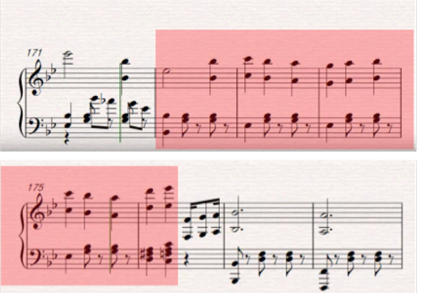 I'm just wondering if I'm right that 2:36-2:38 is a modulation to the relative key of G minor and how do you know? That part just made me sad and I also noticed it ended on a Gm.

While it's true this entire movement is in B♭, this portion is really in the key of E♭ starting at the pick-up to m. 145 (2:24) until the return to B♭ around m. 177 (2:56). Notice all of the A♭s effectively turning the key signature of two flats into one with three (and thus E♭ major).

With that said, the music definitely cadences in G minor in m. 159 (2:38). But to my ears, this is more a tonicization than a modulation. What's the difference? We typically say that a modulation reaches a cadence in a new key, and this one does! But remember that so much of a cadence is the preparation; here, we really just have a V–i in G minor. A truer preparation (and therefore a stronger cadence creating a bona fide modulation) could have used a predominant that led into this dominant. To me, the E♭ chord in m. 156 sounds too much like the current tonic to be understood as a predominant setting up a G-minor cadence. Furthermore, the music immediately returns back to E♭, quickly removing any status of "tonic-ness" that G could have had. Really, this G-minor cadence is just a way to end this phrase with a perfect authentic cadence (PAC) that isn't the current tonic.

And speaking of cadences: notice that there's never a PAC in this current tonic of E♭! We only receive weak IACs in m. 151 (2:30) and m. 167 (2:47). This really keeps the momentum up to push us forward into the return of the opening material in B♭.

4
Figuring out the difference between major and relative minor scales?
9
How to determine what key changes are appropriate?
123
What's the point of keys other than C and Am?
5
Can chords found in parallel modes of the relative minor of a key (or relative major when in a minor key) be considered borrowed chords?
12
Recognizing modulation style / pattern in Steely Dan's "West of Hollywood"
1
Modulation in Pinocchio's I've got no strings?
6
Are modes in jazz primarily a melody thing?
6
Can a song be in both a major and minor key at the same time?
3
Does this modulation make sense?