A piece has a given key. When it modulates, are the consequent accidentals *chromatic* or are they *diatonic* temporarily?

Moving tangentially from a recent question and its answers, Diatonic notes are 'of the key'. Other notes are 'chromatic'. However, if a piece is written in, say, C major, and modulates to G major for several bars, are the F♯ notes that occur then considered chromatic - not from C major, or diatonic, because at that point, the key is actually G?

The key lies in the ear of the listener. It depends on what you think the key is. If it feels like the tonality really changed to G, then the F# notes can be considered diatonic. (My opinion only.)

I'd like to turn the perspective around. What do you want it to sound like? If you play like the key was G major, then chances are pretty soon at least a part of the audience will agree.

A piece has a given key. When it modulates, the key changes.

In jazz songs, the tonality may change very rapidly, but usually the composer or transcriber or whoever wrote the music doesn't bother declaring the "correct" interpretation with different key signatures all over the place. It's the listener's responsibility to interpret what is diatonic or chromatic or something else.

The key signature by itself doesn't tell the whole truth.

When using the word 'diatonic' to describe notes that belong in a key, the meaning is incomplete without (implicitly or explicitly) indicating the key that you are talking about the notes being diatonic to. (It's rather like the word 'belong' itself - grammatically, you can say 'I belong', but the meaning is incomplete without knowing what 'set' or 'group' you're talking about).

Are the F♯ notes that occur then considered chromatic - not from C major, or diatonic, because at that point, the key is actually G?

Potentially either - or both. They're diatonic to G, and chromatic with respect to C. So if it makes sense to talk about the piece both from the perspective in both G and C at a given point, you could talk both about the notes being diatonic, and chromatic...

Of course relative relationships are of paramount importance in music.

Terms like diatonic and chromatic only have meaning by relative relationships. Anything called diatonic must be diatonic in relationship to something. That something is a key - or I suppose some like to refer to the scale.

...it modulates, are the consequent accidentals chromatic or are they diatonic temporarily?

If the term modulate is used, by necessity we are talking about a change of key.

What would be the point of identifying a modulation and a new key, but not then regard tonal concepts relative to that new key? "We have modulated to G major, but in this new key diatonic/chromatic will be considered relative to C major." That would seem to render any sense of modulation and relative tonal relationships as meaningless.

And this isn't just an "on paper" issue. If the modulation is real, it should be heard. If we are hearing a new key, in what meaningful way could anyone claim the sense of diatonic/chromatic is perceived through anything other than the key actually being heard?

Diatonic/chromatic must be relative to the temporary key or tonal concepts become nonsense. Music is a temporal art.

The answer to your question is: chromatic

"Diatonic accidental" sounds like an oxymoron, and it's not a term I've ever encountered. The act of modulating to another key (without changing the key signature) is considered a form of chromaticism - it add notes from outside the overall key of the piece.

Chromaticism may GET us to the new key. Then we have a new base for what's diatonic, what's chromatic.

When the music gets somewhere where a new key signature would be a practical option, 'chromatic' starts applying to notes outside THAT key.

(Is 'chromatic' a useful concept in music that isn't in a major or minor key?)

Opinion based or not?

It is really as I assumed: It depends by the listener whether he hears (makes) a new tonal center or not. On the other side this is influenced by the extension or evasion 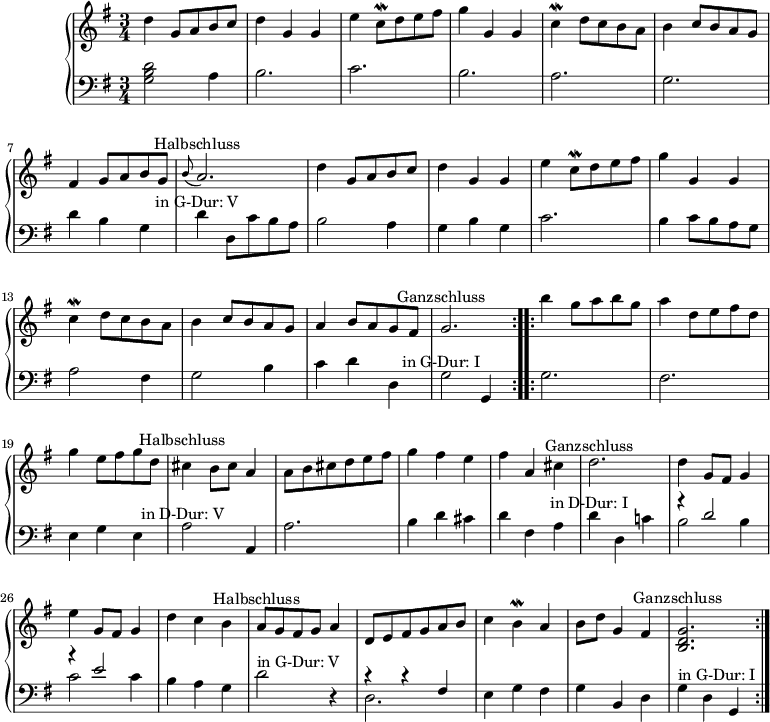 of the secondary dominant: only 1 bar = Halbschluss (semi final) , 4 or 8 bars = Seitensatz (side theme). The question is: modulation or not?

In the sonata form the modulation is an element of the theory:

A halved is called a harmonic conclusion in the theory of music, which comes to the dominance of the fundamental tone. On the one hand, the dominant can still be heard as such, but on the other hand, it is possible that the piece is already modulated in the dominant and the tension characteristic of the dominant is only vague. In this case, a fundamental conclusion would have to be given, since the tonal center has shifted. However, since the lateral set is in principle perceived as a tension-rich contrast to the main set, it is nevertheless possible to speak of a half-close. 1. Case: Listening to a semitone without modulation? / I Since the subdominant and its parallel appear shortly before the dominant at the end of the first half, the dominant is clearly heard as such. 2. Case: Listening to a semitransition with modulation or evasion? / I The introduction of the double domain characterizes the evasion; The absence of the subdominant no longer makes the final sound unambiguously clear.

There is further another thought in respect of the analytical point of view:

looking at BWV the piece is written in C-minor (or any other transposition) and it is modulating to the dominant key. Bach doesn't show or explain the modulation in his notation. So there are much more accidentals than would be used if after a broad transition to the dominant the key would have been changed in the notation.

But for analysing aspects or for sheet reading, for better understanding and memorizing or transposing this piece it is helpful to change the key to the dominant (that means you have to do this modulation in your mind.) The result is some of the "chromaticals" of the original key become diatonics. :)

Bach's prelude in C# major has a sequence of a basical 4-voices progression: I-ii7-I6-IV-I6-vii6-I-(V) that appears first in the tonic related key.

I've opened this piece today and noticed that I've written with a pencil at the head of the piece (many years ago) : "preferably modulated".

What I meant by this note was it is easier to memorize this piece if I transpose the progression of 8 bars above (I-ii7-I6-IV-I6-vii6-I) into the 4 degrees than always thinking the same roman numbers: 1. line in C, 2. line in G, 3. line in dm, 4. line in am and then add to each note a sharp as it is in C# and not in C.

when it modulates, are the consequent accidentals chromatic or are they diatonic temporarily?

In a longer phrase (4-8 bars at least) you can speak about a modulation, and the modulation generates a new tonic center: So these accidentals are becoming diationic temporarily, yes.

Others have claimed that "diatonic accidentals" make no sense and therefore should be chromatic, but in my opinion, if the notes are accidentals, then it's not a modulation (with the possible exception of harmonic minor's raised seventh). And by the contrapositive, then if it's a modulation, the notes shouldn't be considered accidentals, as they are diatonic! (Oh boy, my mathematics are coming back to me now)

I suppose a follow-up question might be: What exactly constitutes a modulation? I certainly don't hear iii-VI-ii-V-I as all diatonic...

1
Are these notes with accidentals chromatic?