Can someone please explain to me why the mark of a triplet in this 4 half notes? I understood how to play it but from what i read you can only write triplets on 3 notes like 3 eighths 3 quarters etc... See picture 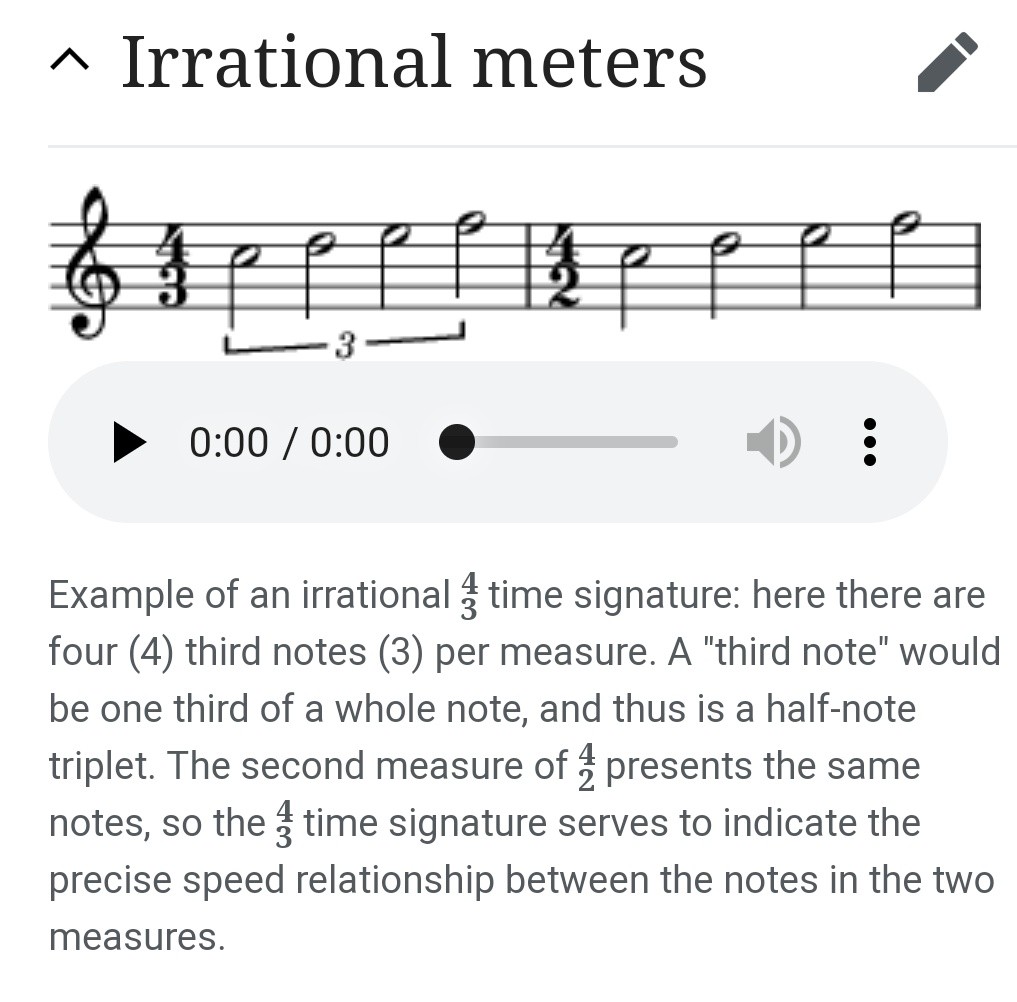 The problem is, that tuplet just means some note length modification takes place. Mathematically you require a standard fraction with numerator and denominator and there seem to be different opinions which of those to put into the tuplet bracket.

Wikipedia suggest under Tuplet Notation a full fraction representation in the form 2:3 for exotic cases, but I have never seen one.

So counting the note values and looking at the current time signature may be necessary for resolution.

To answer your last question: the use of 'triplet' indicator is allowable for any length note. It tells you to play the three marked notes so that each takes up 1/3 the meter-time that would have normally been covered by two of the notes in question. Thus, in quarter time meter, a one-beat triplet is written with eighth notes (normally two per quarter note), a two-beat triplet is written with quarter notes, etc.

The use of anything other than 2,4,8,16 as the denominator of the designated meter is highly discouraged, especially among those of us who have to perform the piece.

According to 4/2 (four two) time signature bottom number 2 is a relative value of the Whole note representing two Half notes that are equal to a Semibreve or a Whole note. Upper number says how many of the bottom numbers, so there are four Half notes in a bar and Half note becomes the Beat unit which is equivalent to one beat thus Whole note is 2 beats long.

Triplet is the most common type of Tuplet is a group of notes played in the space of other notes basically two of the same rhythmic value. Since every measure here is made up of 4 standard Half notes, two Triplet groups can be played in which a total of six Triplet Half notes can be found in a Bar.

So 4/3 is not considered as a regular time signature used in Western music where 3rd note(doesn't exist) gets the beat, it tells simply there are 4 of the Triplet Half notes in the bar indicated by 3 implying an incomplete 4/2 bar with 2 triplet half notes missing to be played at a faster pace than the 2nd Bar that makes it an irrational measure.

Not the answer you're looking for? Browse other questions tagged notation time-signatures tuplet or ask your own question.

15
How does "triplet feel" for eighth notes affect non-eighth notes?
2
Trouble Understanding Triplets
3
How to play eighths (quavers) interspersed only with quarter notes (crotchets) in swing time
7
How to clearly notate tuplets, both "simple" and "complex," in irregular meters
9
How to write 2 crotchet (quarter note) triplets when they don't start on the down beat?
8
Is the beaming of this score following a vocal practice or it is just outdated and obscuring the beat?
2
how to read quarter notes and half notes in 3/4 time?
6
triplets on full score or 12/8 (with dotted 4th as full beat)?
11
How Do I Count Note Durations In These Bars?