I’m learning Oscar Peterson’s Jazz Exercise #2 in G and would like to know the scales used across the last 12 bars?

What is the theory behind cord and harmony relationship? For the bars at the top of the page? 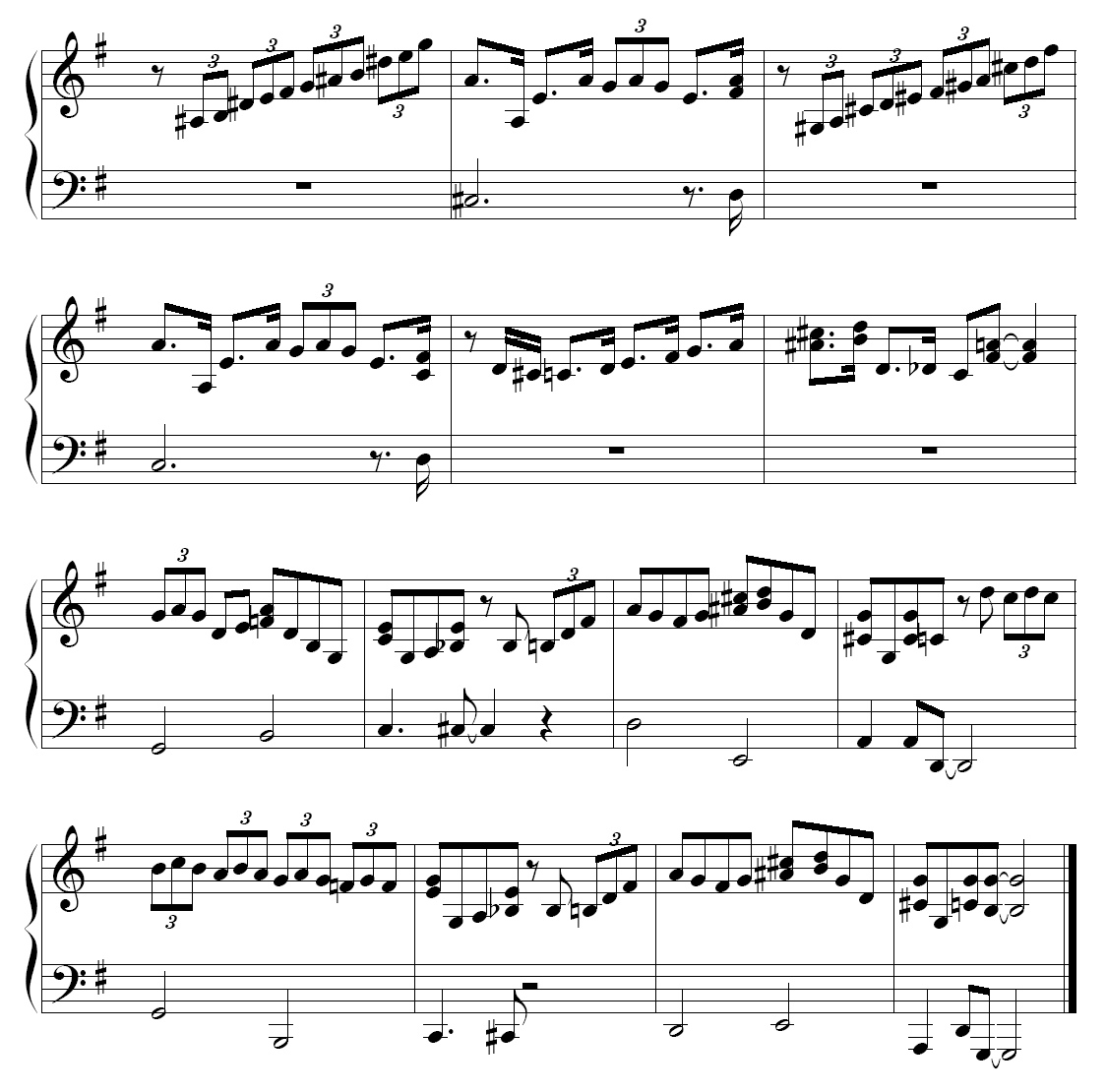 A few structural notes, because they are important to understand what's going on...

I imagine your initial question was about all the various sharps and flats found in the score which don't belong to the key G major. That could make a person wonder if some strange scales from other keys were being used. As you can see those chromatic tones come from the harmony and all the chromatic chords are explained as secondary dominants.

I can't help but point out how this exercise from Peterson reflects so clearly a classical music convention. In a short work like this it is very typical of classical music to place the periodic phrases at the opening and closing sections, and put the sequential harmony passages in a middle section as a kind of bridge. Obviously Peterson is showing a classical sensibility. He even titled the other pieces in this collection 'minuets' and 'etudes.'

I didn't explain every concept in detail, but I emphasized in italics several topics which you can look up for further study. A good theory textbook will explain all of them.

Just adding my written notes, 'cause they're there... 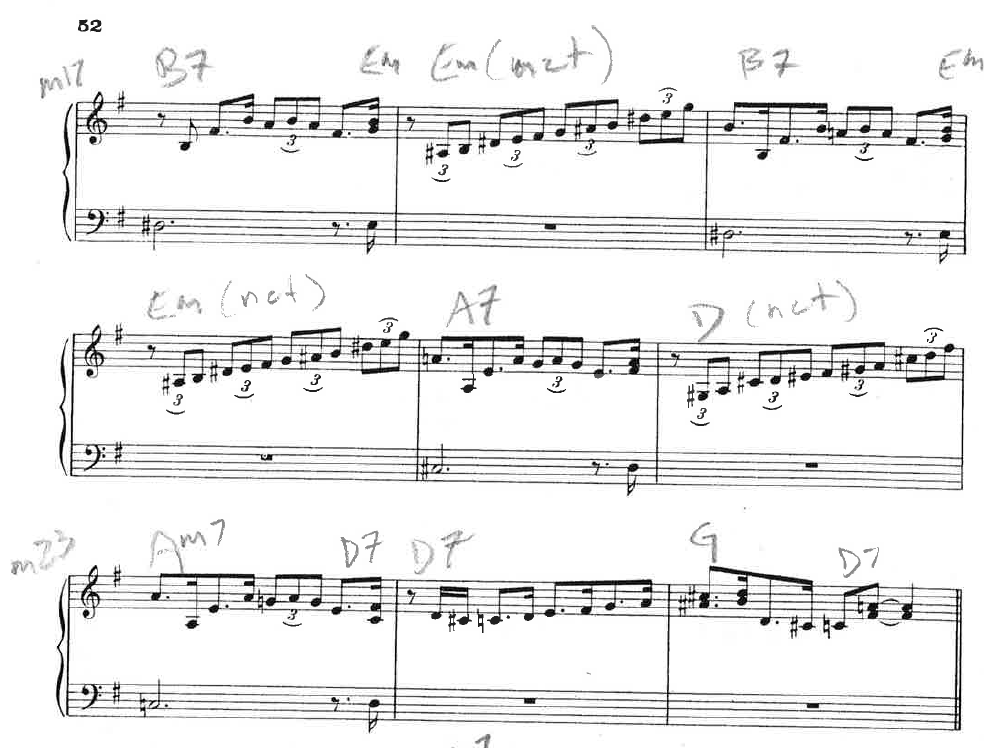 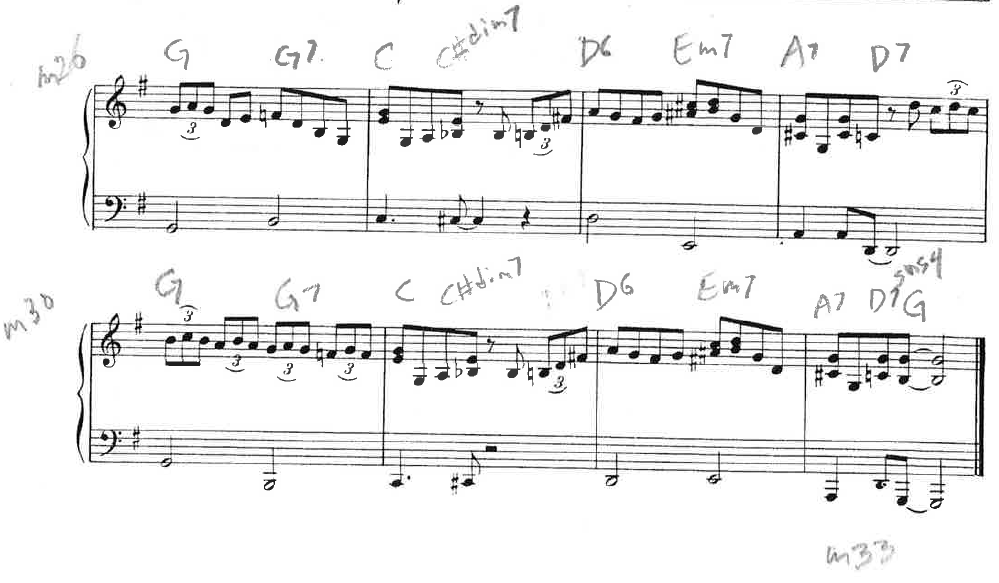 You can see some chords are anticipated being struck just before the barline or the next strong downbeat.

Not the answer you're looking for? Browse other questions tagged scales chord-theory or ask your own question.

20
Difference between keys and scales?

7
What is a standard order for learning/practicing scales when learning how to play the electric bass (esp. for jazz/blues music)?
28
Classical music theory notation for chord inversions (figured bass)
3
Chord Type 7th Extension and the Major Scale
2
Would learning scales and notes on the guitar help me perform new solos or arpeggios quickly?
1
What are the first three chords from the “Wind Cries Mary” called?
1
What sort of practice or training I lack?
1
Are the iv and V chords used in the minor scale just like the major scale?
10
Definition of Functional Harmony
7
Music theory behind A chord in the key of G
0
What is the relationship between the 5th and minor 7th in dominant chords?