Can anyone tell me the equivalency between Indian Classical Saptak, i.e. Sa Re Ga Ma Pa Dha Ni Sa and Western Notes, C D E F G A B

Reason I'm asking is, I'd love to be able to play https://noobnotes.net/do-re-mi-sound-of-music/ on Bansuri

I didn't know about it but I've recently seen this syllables when I was looking up Kodaly.

I think Sa Re Ga Ma Pa Dha Ni Sa is not corresponding to the C D E F G but to the moveale Do Re Mi. 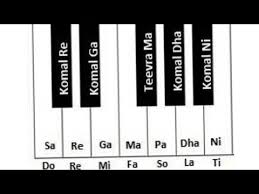 These seven swaras are shortened to Sa, Ri (Carnatic) or Re (Hindustani), Ga, Ma, Pa, Dha, and Ni. Collectively these notes are known as the sargam (the word is an acronym of the consonants of the first four swaras).

Sargam is the Indian equivalent to solfege, a technique for the teaching of sight-singin. The tone Sa is, as in Western moveable-Do solfège, the tonic of a piece or scale.

(may be you'll have to look up "movable do" or "moveable do re mi" here in this SE, you'll find a lot explanations.)

So the short answer to your question is no, its not a one to one correspondence in the general case.

So there is a fundamental differences in how pitches are defined in both western and Indian contemporary systems. In the western system there is a set of "standards" for defining pitches. One such example is the concert tuning : https://en.wikipedia.org/wiki/Concert_pitch.

This defines an entire set of notes along with its defined frequencies. Some standards differ (some folks like defining A4 as 432 Hz) but the central argument of absolute pitches does not change.

The Indian classical traditions does not have such an absolute frame of reference. A "Sa" can be any real number frequency. Lets say that frequency is f. Then the "Pa" is 1.5 times "Sa" so 1.5f. Each of the notes in the Sargam is some fraction of "Sa" based on just intonation.

So while its possible to define your Sa as C and draw a correspondence (well almost, equal temperament is not a perfect mapping to just intonation), you can also defined your Sa as C4 - 10hz, which does not map to any of the concert pitches. (A notable example would be contemporary sitar players tuning their Sa in between C# and D as their Sa).

Not the answer you're looking for? Browse other questions tagged notation indian-classical solfege bansuri or ask your own question.

5
What are the notes on this instrument?
7
Convert Hindustani Bansuri Notes to Carnatic Venu Notes
9
Carnatic Vs Western 12 Note system

3
How to transcribe Indian classical music using Western music notation?
4
How does Indian and Western Musical contain Seven Notes ? Is it a Coincidence?
6
Violin - Western Classical vs indian classical. How different are they?
5
Difference between 6 holed and 7 holed Indian bamboo flute?
3
What is the Western equivalent scale of Indian Raga Mayamalavagowla?
3
Is violin used in North Indian Classical music
1
How to write Indian Classical Music Notation on Computer/Digitaly?
4
How to transition between notes in Bansuri
5
Western vs Indian Carnatic style of violin playing
5
Western Flute vs Indian Flute (bansuri) differences?