How is this chord from Liebestraum No. 3 analyzed? 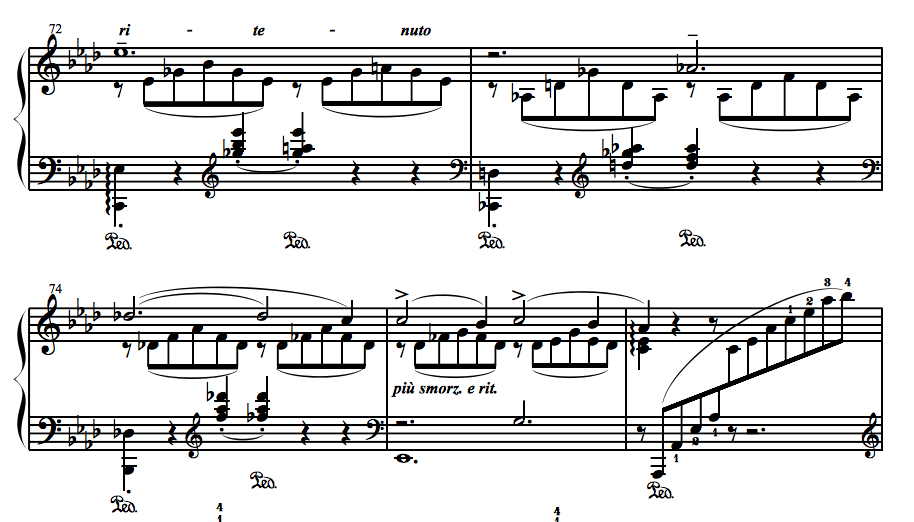 I'm trying to analyze the ending chord progressions to Liszt's Liebestraum No. 3. The piece is in Ab-major.

The chord in the second half of measure 73 is a D diminished triad. This would appear to be a secondary leading tone leading to the V chord in Ab major. However, measure 74 starts with a B-flat minor seventh chord. The V(7) chord results in measure 75.

Could the chord in measure 73 be an unresolved secondary leading tone?

If a secondary chord doesn't resolve the way we'd expect, is it still okay to analyze it as vii/x, or should a different explanation for the chord be sought? I'd appreciate reading any thoughts on this. Thanks!

For more context, I'd like to start at bar 69, 3 bars before your extract starts. 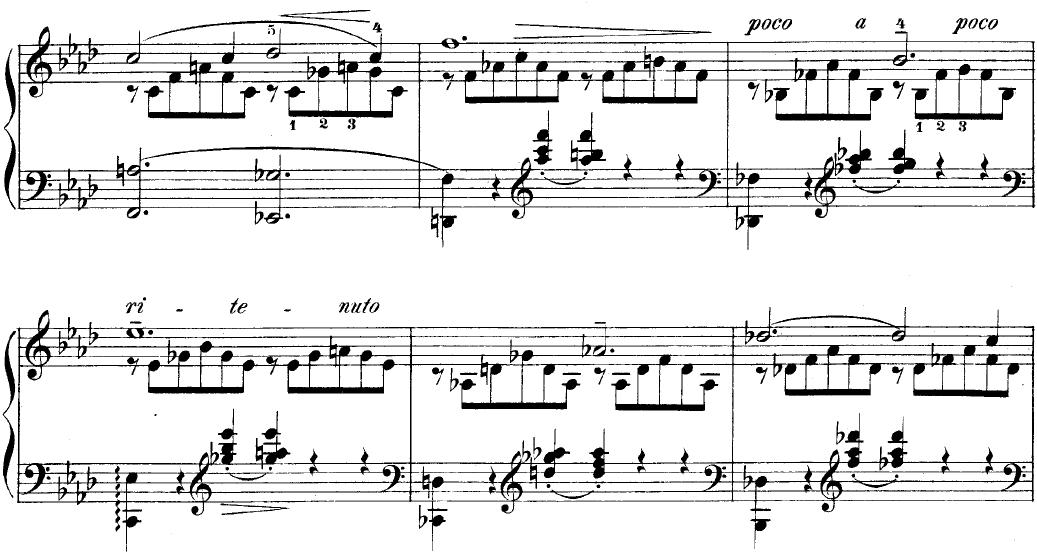 To over-simplify: much of the chord sequence is a sequence of dominants, each resolving onto a chord which is its tonic, but altered so that it is itself a dominant: F, B♭, E♭, A♭, D♭. Then in b.74 where you might expect a chord of G♭, we get the expected pitches B♭D♭, but the chord is a different one: from here on, we get ii V I in A♭ major.

It's a bit trickier than that, though. Although most of these chords could be said to function like dominants, it would be more accurate to describe them as vii7 or vii7♭: a dominant 9th but with its root not played.

And some notes have been respelt to make them easier to recognise (e.g. E♭♭ respelt as D♮), but this might make the chords they're in harder to recognise. I'll use the harmonically more correct spellings in my analysis.

I'm thinking this is actually analogous to the jazz-idiom chord progression I-i°-ii7-V7! It's part of the i°7 chord, so I consider it to have a similar function in this answer.

We recently had a question here discussing this exact progression (and comparign it to the ♯i°7), so I'll link it (full disclosure: I wrote one of the answers), but the gist of it is that the diminished chord leads to the ii chord as a more chromatic chord to produce tension while resolving downwards. Note that it's not really a secondary dominant of anything, but it still works to add tension to the I chord and resolve it smoothly to a predominant.

It is like user 45266 says. There's nothing to add except this fantastic youtube video with analysis (in German):

He says he is playing and analyzing Liszt in terms of the harmony of Jazz. 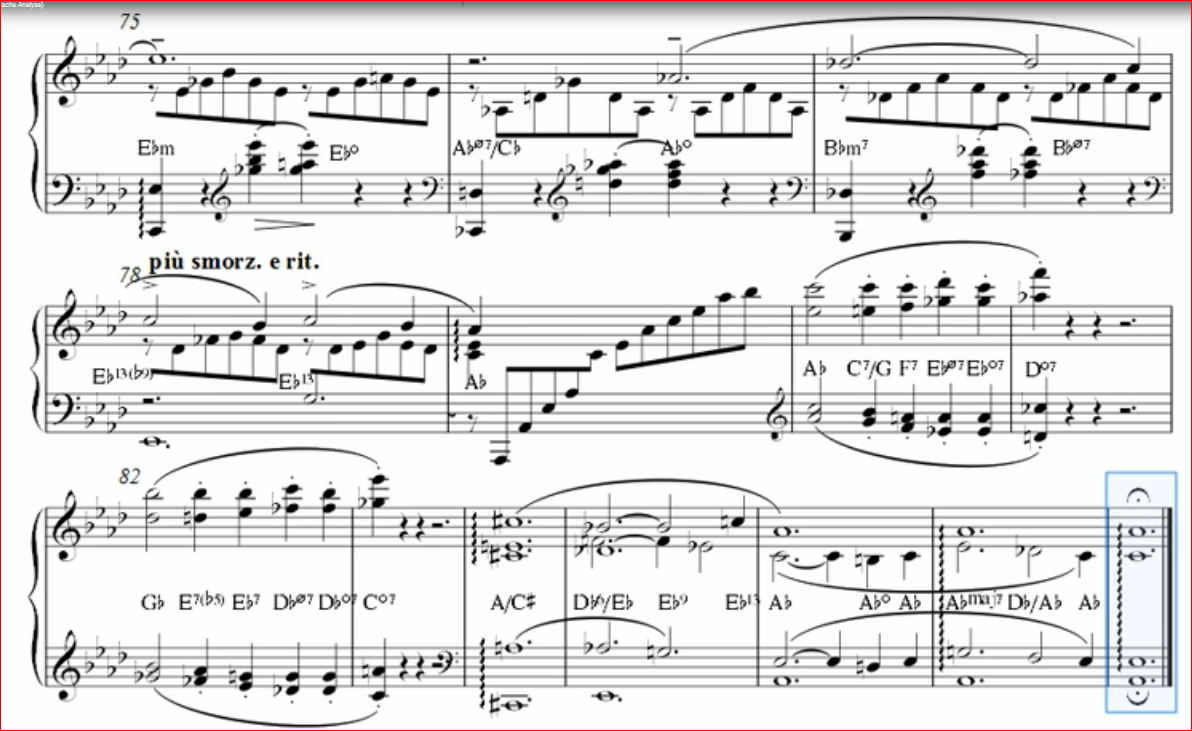 Not the answer you're looking for? Browse other questions tagged theory chords analysis or ask your own question.

4
How to choose between Cdim and C#dim?
6
How do I go about naming/understanding the second chord in corcovado