What does a straight horizontal line above a few notes, after a changed tempo mean?

The piece is for playing guitar using plectrum: 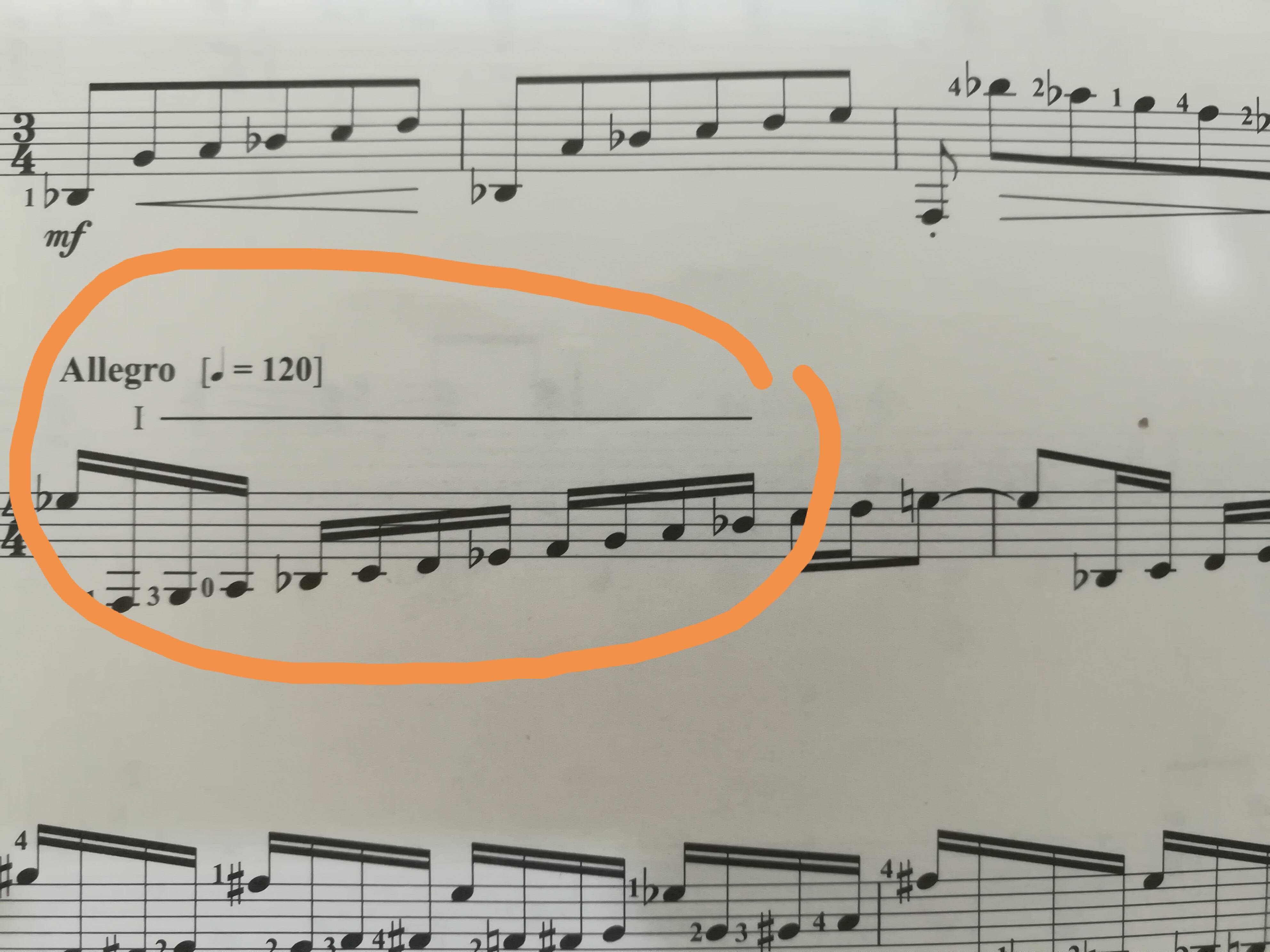 I am guessing the horizontal line represents the stretch of notes to be played at the changed tempo, and begin playing at the initial tempo after that.

This line refers to the I, not to the "Allegro".

Not associated with the time change, just coincidental. On guitar music, there's often a Roman numeral printed to suggest a good position on the neck to play that section. Here, it's the scale of the F Mixolydian mode, starting from 1st fret bottom string. So a sensible position to play all the notes would be starting o that very fret. Although, promoting an open A on the 5th string somewhat negates the 'I'. Not a lot of point in putting it, in my opinion.

That looks like guitar music (single staff, G clef, Arabic numbers that make sense for guitar fingerings). If so...

There's no finger number indicated for the Eb at the start of the measure you're questioning. But the second note, F below the staff, can't be played in third position, so it's going to require a shift. The music is telling you to shift ON the F, rather than shifting earlier in preparation for the F.

Guitar positions are traditionally marked with Roman numerals. That F is playable in either first or second position - the music is telling you to do it in first.

Position marks are usually preceded with "C" (Italian for capotasto, fret) to avoid confusion with Roman numerals from analysis. But not all publishers do that.

The horizontal line tells you all the notes under it are to be played in first position. It ends at the Bb; the C that follows could be played in either first or second position, so it's your choice.

Not the answer you're looking for? Browse other questions tagged guitar notation sheet-music tempo or ask your own question.

10
What does a circle before/between notes mean?
3
What does this horizontal dotted line mean?
16
What does a straight line followed by a sharp point mean in a piano score when under notes?
7
Does a key signature go before or after a bar line?
12
What does this rhythm notation after the tempo mean?
7
How to indicate a tempo change during a repetition?
5
On guitar music, what does a number and a horizontal line underneath the notes mean?
2
What does H.V. mean in music notation?
1
Is dotted quarter note = 144 equivalent to quarter note = 96?
0
What does it mean when there is a slanted line in between notes?