I started learning to play acoustic guitar several months ago, and have been mainly using Fender medium picks. I have noticed that the picks very quickly develop a sort of bevel on one side because I apparently strum with the pick at an angle to the strings instead of perfectly level.

After searching this problem, I found that this is actually a technique and helps some people pick faster because there is less friction, and it is called edge picking, I think anyway.

However, my question is, does edge picking cause strings to break more quickly?

I am playing an acoustic with standard Fender 12 - 52 non coated strings and my high e string has broken twice now within the space of less than three months. Both times it was at the bridge so it could possibly be the bridge itself (I have never gotten the guitar setup), but I am wondering if "sharpening" my pick by playing the way I do might be causing me to break strings. 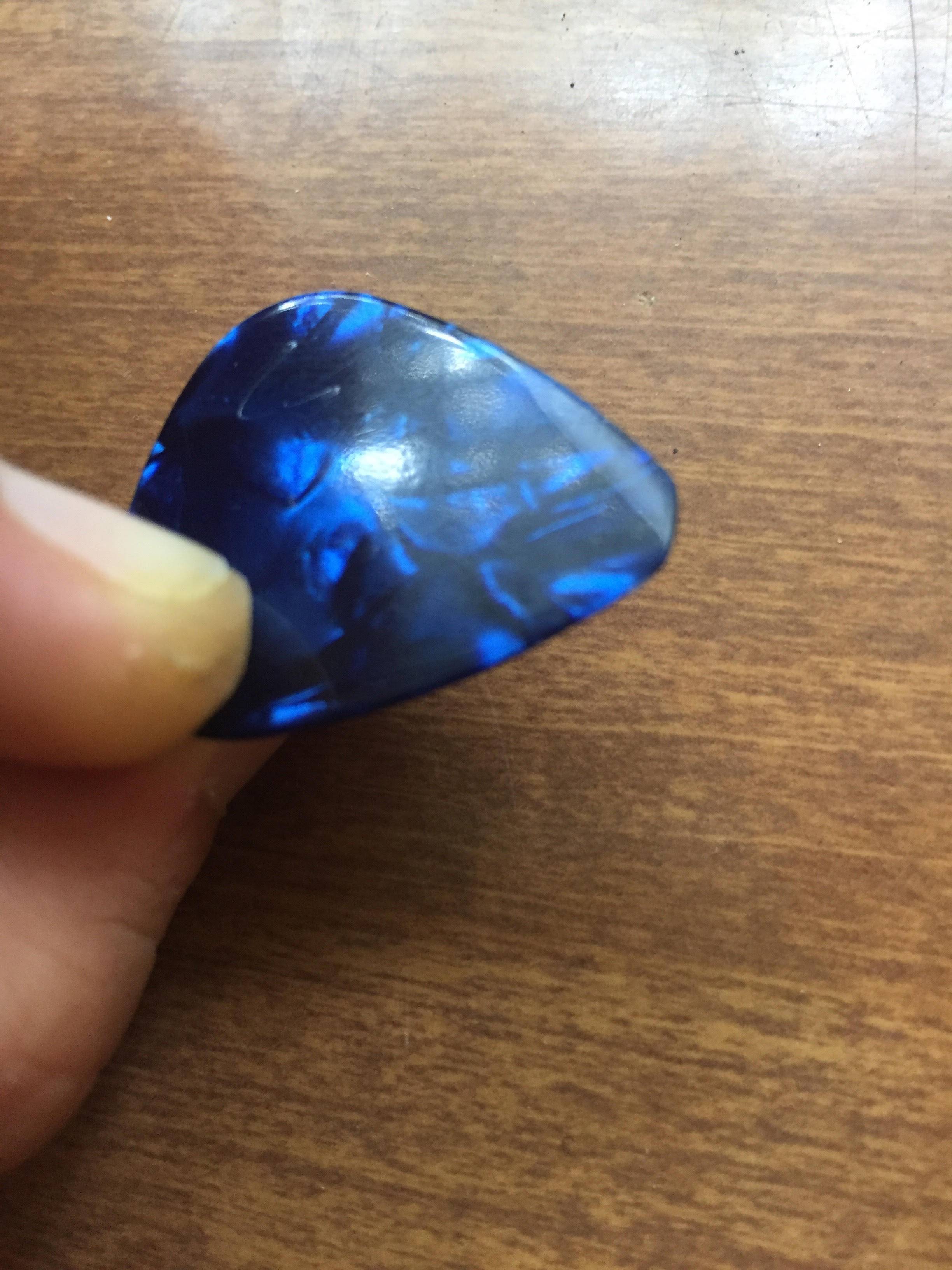 The material of the picks is much softer than the strings. That's why the pick wears away, because the string is harder.

If you were tuning at the time the strings broke, then it might be improper tuning that caused it.

If you were playing then it's less clear. You could be playing too hard or digging in too much.

I'm assuming your bridge and saddle are wood and plastic, so it's unlikely those are causing the string to break.

Not the answer you're looking for? Browse other questions tagged acoustic-guitar strings maintenance picking or ask your own question.

5
Is it possible for the unwound strings to wear faster than the wound strings on a Guitar?
0
Finding a balance point learning to pick a guitar at a right angle?
4
Guitar Picking improvement... is forcing EVER good
5
Floyd Rose string tension and action question
7
How to train for faster picking speed on guitar?
1
Is there an advantage to medium gauge over light if I'm not adding tension?
3
Does the cold affect Acoustic guitar strings?
8
Playing acoustic guitar in a dormitory room
3
Recommended thumb position and motion when using a thumbpick on an acoustic guitar
1
A guitar or bass with precisely parallel strings (normal guitar strings fan out)