Is it common to combine multiple voices in one piano staff, even if they don't fit the time signature?

I'm a beginner/intermediate sheet reader and struggling a bit with a current piano piece ("He sleeps" from Pretty Woman). The only arrangement I could find uses a notation which makes it hard to separate the voices and bring them in sync with the time signature. I'm currently trying to rearrange the score in an easier way for myself. 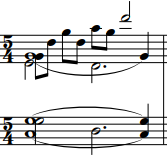 what he actually plays in a video is:

which looks wrong to me and should be:

and things are just getting worse from there with: 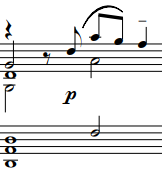 Is this how multiple voices are usually written? I'm having a hard time figuring out which keys to press when and with what hand and always need to refer to videos so I can watch other people playing - which takes ages.

Can't this be written in an easier, more readable way like I tried in example 1 or am I missing something? I'm thinking about rewriting the entire score, but as I never did that before, it might not be the best approach (or even lead to more errors).

Is it common to combine multiple voices in one piano staff...

If the rhythm values for a voice don't fit the measure, that's a notation error.

I'll illustrate with one of the simple examples.

Both the original and your suggested change seem wrong to me.

The original should have had rests added for the upper voice. 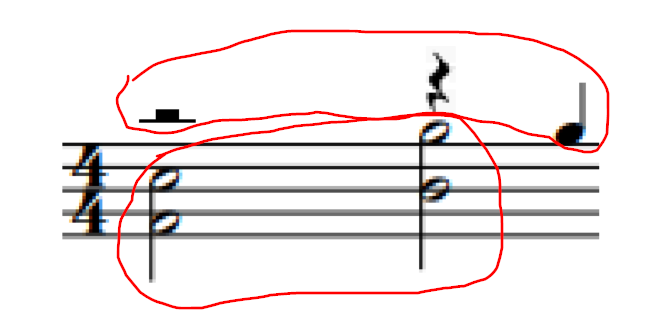 You suggested change sets stem directions in a confusing way. When you point the double half note stem up that means it is the upper voice. You created a voice crossing which I think is hard to read, but also needs some strange additional rests to make each voice rhythmically complete.

Obviously, the repeated G5 can't be executed exactly as written on piano, because you have to release the key for the half note in one voice to play the quarter note in the other voice. The only reason to notate it that way is either to show conceptually there are multiple voice, or the arranger might expect a double keyboard set up, like when two organs are stacked up in a rock band. In this particular case, I think it's just a lame arrangement that didn't really attempt to create a good piano texture.

You could try to re-arrange it yourself, get a different arrangement, or just move on to another piece of music that is quality piano music.

1
Help getting rhythm from head to staff
1
How do I finger this? (Fast run with alternating octaves in same register.)
7
How does one know if a score is notated well?
10
How does 8va work on a staff with multiple voices?
1
Localization in scores
8
What do the written instructions in Satie's 1ère Gnossienne mean?
1
The Role of Piano in Bossa Nova
4
Issues with formatting multiple voices in 6/8 time signature
4
Suppressed repeated tuplet numbers
7
Most readable way to write left hand flowing towards higher notes