Objectives for Etudes by sixths

I’m looking into an etude by sixths written by Fernando Sor and I was wondering what would the objetives of these kind of etudes might be. I actually worked on a similar study from the Sagreras book but by octaves.

Since I have no teacher and study by myself, I find it is important that I know and understand what the purpose of the studies are so that I can better determine if I have achieved the objective or not.

Here is an image of a section of the study: 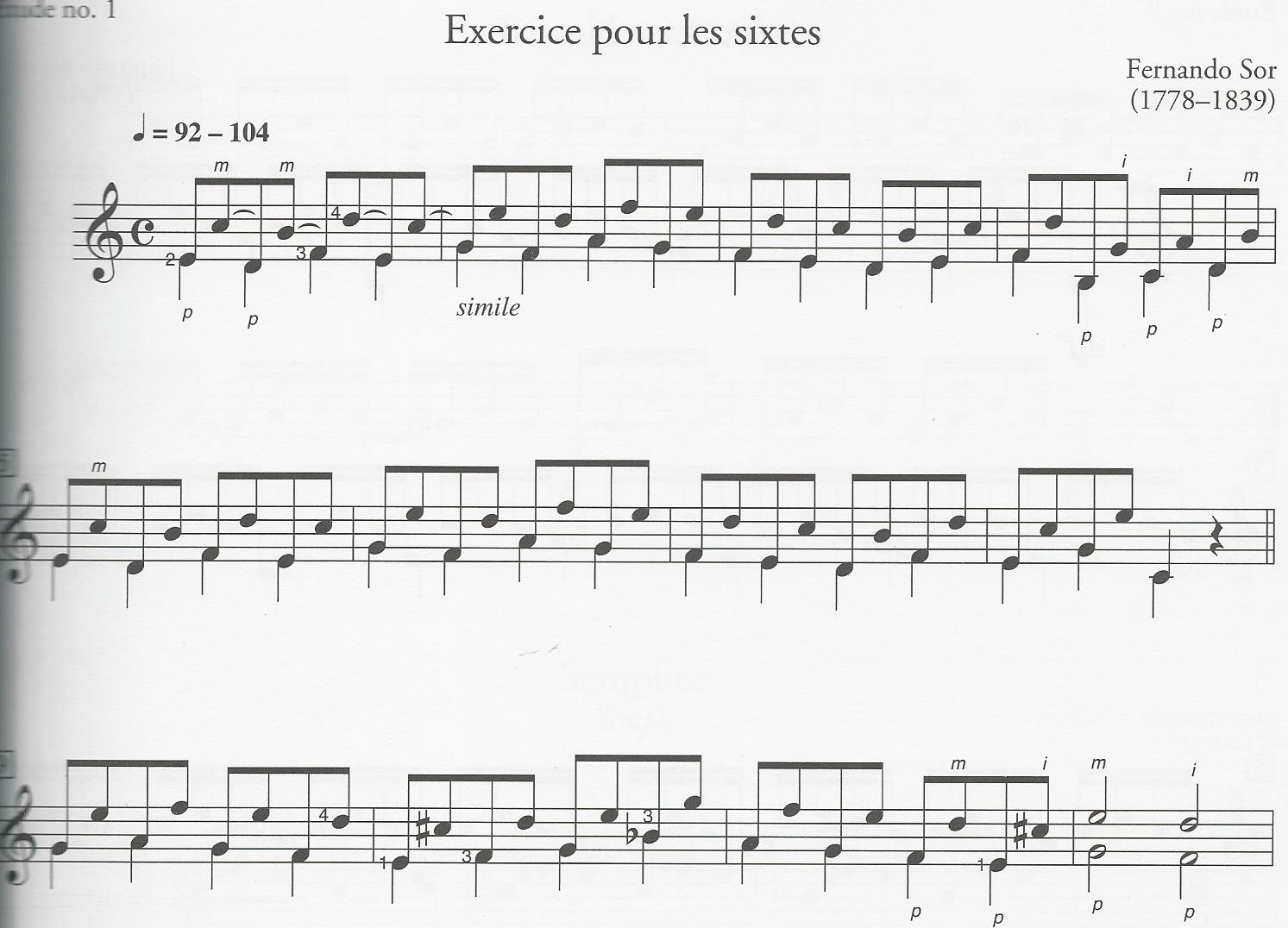 Sixths (and thirds) are very important intervals in the major/minor system.

I can immediately think of two reasons:

Given the harmonic importance of sixths/thirds, you want to be perfectly fluent in playing them in any key, any position within the scale, and with variety of connecting motions. Notice that the exercise has a few chromatic notes to highlight the Dm and F chords. Those chromatic moves using sixths/thirds should also become perfectly familiar.

An exercise of only sixths packs all that important harmonic material into a very short space.

Not the answer you're looking for? Browse other questions tagged classical-guitar or ask your own question.