How to make the Bass in SATB move more smoothly?

While writing for SATB, I realise I have a few chords where the Bass part is moving down in intervals of 6ths or 7ths from one chord to the next. For example, I have a chord progression iib in F major (Gm/Bb) going to V7 (C7). Thus, the chord progression is iib - V7. In this, the Bb of iib is falling down to C of the V7. 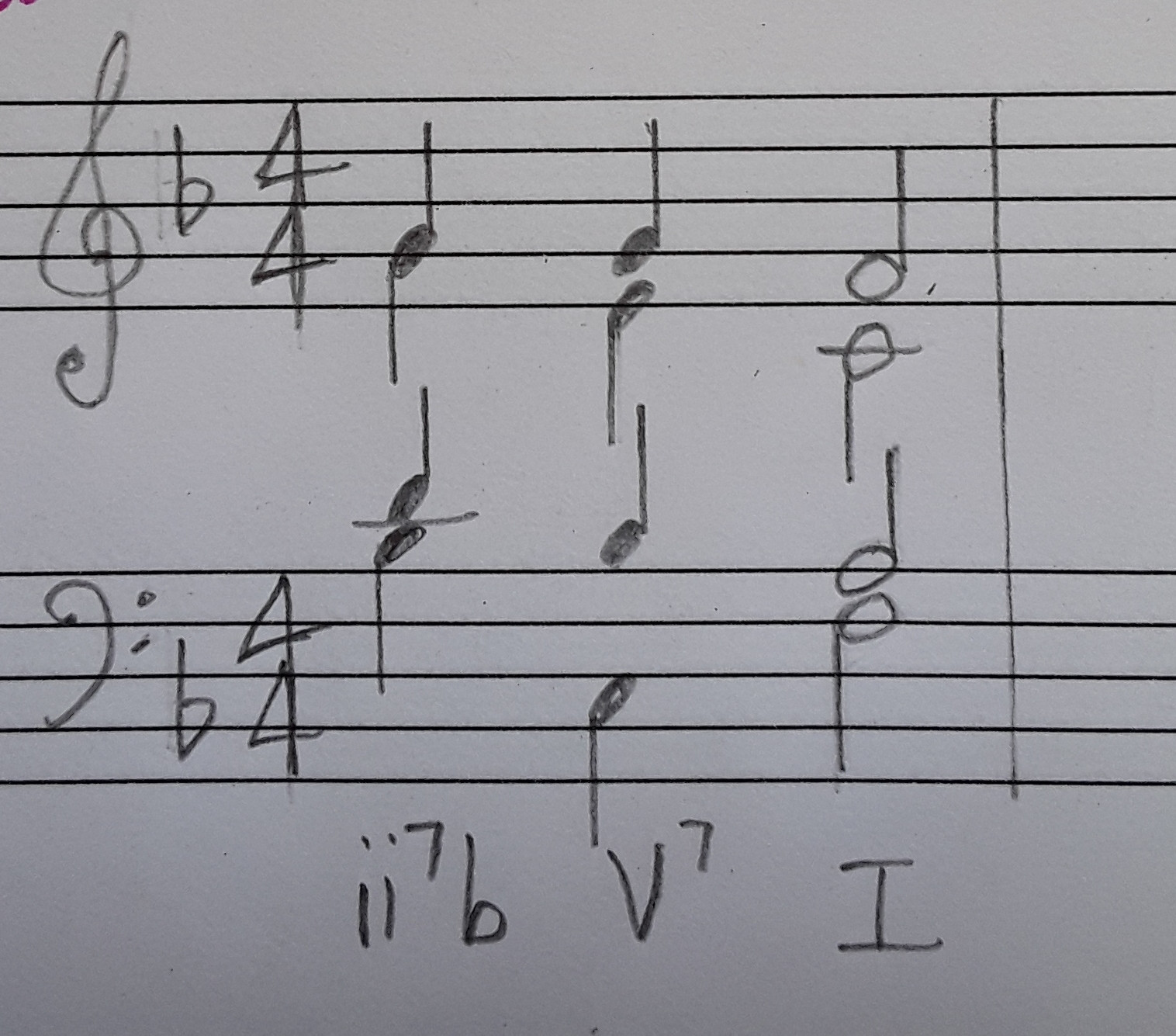 Would this make sense to do? Is it acceptable? If not, what other way could I rewrite the chords to make the Bass move smoothly?

I would like to keep the Bb of iib as is, so I would need suggestions for the other two chords, if any.

Edit: I have wrongly written the Roman numeral of the first chord in the image as ii7b. It should be iib, where "b" indicates the first inversion chord.

If you want to maintain the same chords and also want the top/melody line to stay the same, I would just go with one of these: 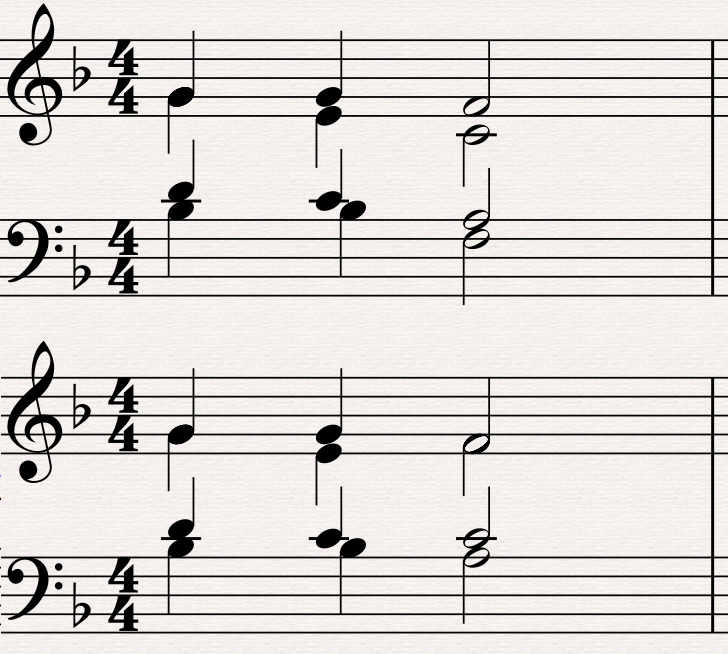 As a bass singer in an amateur SATB choir I think this is acceptable. I haven't played the notes, but going from the 4th note on a scale to the 5th (only an octave lower) and back to the 1st note is not uncommon.

The key question is probably how well notes fit a given harmony in general and how well they fit the respective chords. Singing Bb C F in your arrangement is not very hard since they are the 5th note of Gm, the root of C7 and the root of F.

By definition, playing a Gm7/B♭ chord means the bass voice must sing a B♭. If you want to modify the second chord so that the bass voice doesn't jump by a seventh, try bringing that B♭ down an octave (or raising everything else appropriately) so the B♭ resolves up to a C. That should sound much smoother. Alternatively, you could invert your V chord.

I wouldn't worry about leaping from the C to the F; that sounds pretty strong, but it's done all the time. If you want' you could change that to make it less forceful of a cadence.

But, the upper voices need to be reviewed.

According to Piston's Harmony ii V (including ii6 V) is different than other descending fifth root progressions. Instead of the upper voices moving up by step to the next closest chord tones they jump down by thirds... 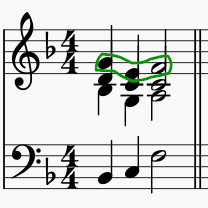 ...Piston doesn't say, but I think the reason for this motion is to get the top part to move down to the leading tone and then up to the tonic (highlighted green.) That motion of a sixth Bb G to a third C E - or a chord of the sixth to a root position chord - is certainly a counterpoint fundamental. 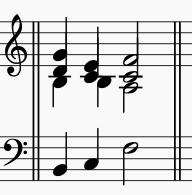 It seems to me we could have not doubled the root of V and then used the 5th with the voicing from bass to soprano C Bb E G... 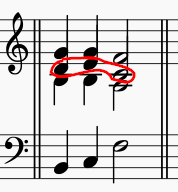 ...that would result in the leading tone moving down to the dominant, the 5th of I. Apparently that 'frustrated' leading tone motion (highlighted red) was not ideal and is the reason for Piston's advice.

Piston didn't specifically address ii7. It seems to me the important thing is the 7 added to ii is the tonic! In terms of smooth voice leading ^1 ^7 ^1 seems the smoothest motion for the top line... 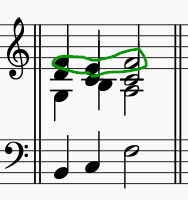 ...leaving all the other tones in place we move the tenor from Bb to G in lieu of G no longer being in the soprano.

Because the main topic here is voice leading I thought it good to inventory the basic lines for each of the upper parts in the various examples. Of course the bass for all of them is ^4 ^5 ^1 or FA SOL DO. The upper parts are...

The various upper parts move in smooth steps or thirds that resolve by a step back in the opposite direction. And we have the tendency tones FA and TI moving respectively to MI and DO.

The upper voices should all work in various inversions and open positions, except for the 'frustrated' leading tone example which is normally only acceptable when it happens in an inner voice.

With the exception of the questionable 'frustrated' leading tone example I think the rest of this is solid.

...what other way could I rewrite the chords to make the Bass move smoothly?

Schoenberg gave the advice to "always follow the bass!"

His point being that the bass generates the harmony.

From that point of view, I suggest re-framing your question like "how do I write my upper voices to best harmonize with a good bass?"

In other words make sure your bass is good first, then harmonize the upper parts and change the upper parts as needed. Don't mess around with a good bass! Imagine a house metaphor. You can remodel the rooms of your house, but you really don't want to re-do the foundation!

An obvious solution is to merely shift the first bass note down an octave.

But the V - I bass line is so strong, I don't really mind it being approached by such a large jump.

Not sure you'd better try that one in an elementary harmony exam though :-)

Not the answer you're looking for? Browse other questions tagged theory harmony chord-progressions chord-voicings satb or ask your own question.