I have been using the software GuitarPro, and the file I am working in has suddenly begin displaying the notes one octave too low. In short, it acts as if 8va is on, even though it isn't.

Everything has been working correctly up until now, but then I noticed that the notes were displaying incorrectly. They do still sound at the correct octave, though.

The file I am working in is about 140 bars long now and includes quite a few tempo changes and time signature changes (I am currently writing out a lot of riffs and exercises into a single file.)

I am using a custom tuning (All Fourths tuning.) I tried raising the octave in the custom tuning, and could tell by listening that the sound was now an octave too high, although the note displayed was now correct.

When I select a note and click 8vb, the note now displays correctly, (but with the 8vb symbol in the score, which is incorrect.)

One more detail I noticed is that if I copy and paste the notes into a new file, they display at the correct octave again. This would be an ok way to fix the problem except I've noticed that GuitarPro seems to mess up notes pasted into new files, often changing which string notes are played on. (This is a separate issue I'd like to resolve at some point...)

Does anyone know of any other obscure settings I might have accidentally toggled while exploring the software? I've included some screenshots of my settings, in case that helps. Thanks. 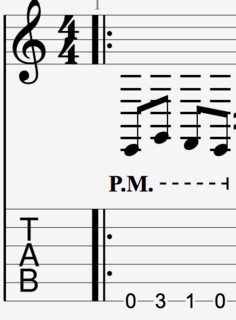 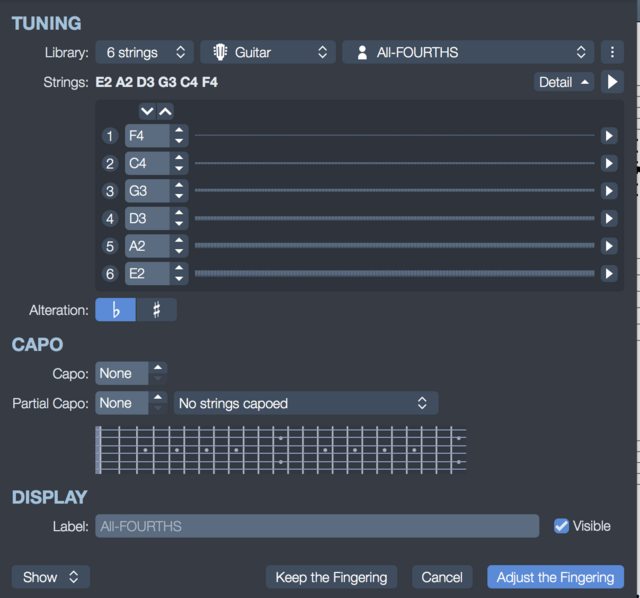 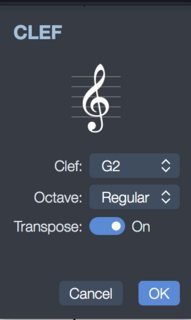 I figured out the answer to my own question. On the Track sidebar menu, a setting called "Transposition Tonality" needs to be set to "One Octave Lower" instead of "Same Octave". I don't actually know what this means, but it does appear to have been the problem. The default in a new file appears to be "One Octave Lower", whatever that means...

EDIT: TIL - The guitar is traditionally notated an octave higher than the actual pitch, presumably so it fits better on the stave. I guess what I was seeing before is the true pitch of the guitar, and this transposition setting is on by default to reflect the standard convention. 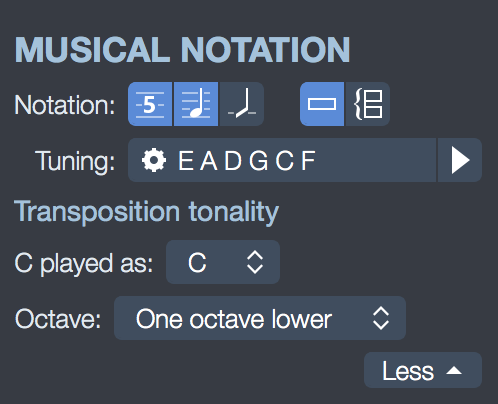 31
Is there a Relative Pitch Clef?
1
Notes on string high E sounds out of tune even picking them alone
2
Electric guitar is too low without a strap
3
Piece of music suddenly drops an octave in guitar pro 6; How can I have it one octave higher?
3
Are these Bansuri Notes all on the Low Octave (to me they are on Low and Middle)
0
Floyd Rose action way too low
3
Auto correcting a slightly off pitch recording?
7
How do I read bars with only one or two notes?
4
How can i add 5 grace notes before a note, when only one grace note can fit in? (GuitarPRO)