We bought some new pegs for a cello but they came without holes. As a result, it seems impossible to tighten the strings as they keep slipping. But there must be some use for pegs without holes, otherwise why would they sell them that way, right? Did we get taken, or is there some way to get a stringed instrument strung with pegs without holes?

Yes, holes need to be added for the strings. Pegs for violin family instruments are usually sold as "blanks" that are ready for shaping and setting. Because of the wear and use of the pegs, the peg hole sizes in the peg box will vary, requiring each peg to be individually shaped to correctly fit the hole. This is usually done by a trained professional using a peg shaping tool or a lathe.

As the instrument gets older the peg holes will change shape and enlarge with wear. When the holes become too big or irregular the peg holes may be filled and re-drilled to accept new smaller pegs.

If the pegs you purchased do actually fit well in the current holes, which is unlikely but possible with a newer instrument, then you could add string holes yourself using a 1/32nd or .8mm drill bit, marking the pegs at about in the middle of the shaft when the peg is in the peg box, and drilling a hole straight through (not drilling while in the peg box, take the peg out first).

To add a little detail and an illustration to Alphonso's great answer...

Pegs for string instruments work by friction, which over time changes the shape of the peg. When the pegs are slipping, and you can't fix it with peg dope, the peg needs to be reworked.

To achieve maximum friction, the peg has to have exactly the same angle as the peg box. Luthiers use a peg shaver (basically a very precise pencil sharpener) to true the peg to a specific taper (1:30 for violins and violas, 1:25 for cellos) and a peg reamer to get the same taper in the pegbox holes.

After a peg has been reworked a couple of times, the hole ends up being too far into the peg box, so a second hole is drilled to line it up better with the nut slot. Pegs can sometimes be drilled a third time, but I haven't seen any drilled more than that.

Here's a picture of my peg shaver and reamer for violins - cello peg shavers/reamers look pretty much the same, except larger. 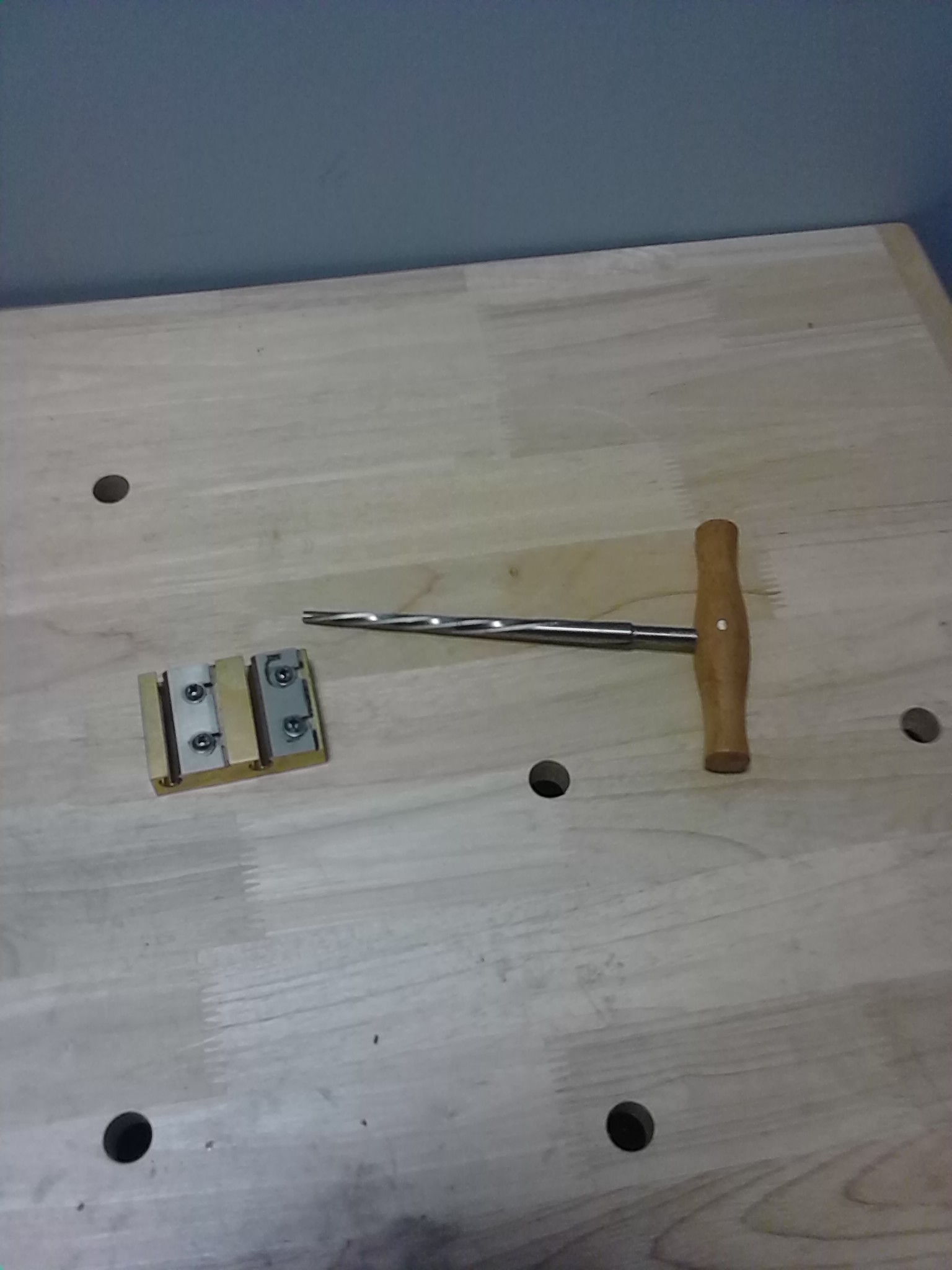 18
How can I effectively secure guitar strings to the tuning pegs?
3
Ukulele friction pegs are slipping
1
Should I replace rusty tuner pegs on guitar?
4
Is it normal for oud strings to touch other pegs on the head?
10
Intonation of string instruments in chamber music
1
Do all guitars eventually require a neck reset?
3
What is best practice for tuning a mandolin?
4
How do the pegs on Sitar neck work?
3
Using friction pegs with standard classical guitar headstock