In measure 36 of the Presto Agitato from Beethoven's Piano Sonata 14 Op 27, No. 2 (Moonlight), a trill is set against semiquavers.

The ending of the trill is explicitly marked with semiquaver grace notes: 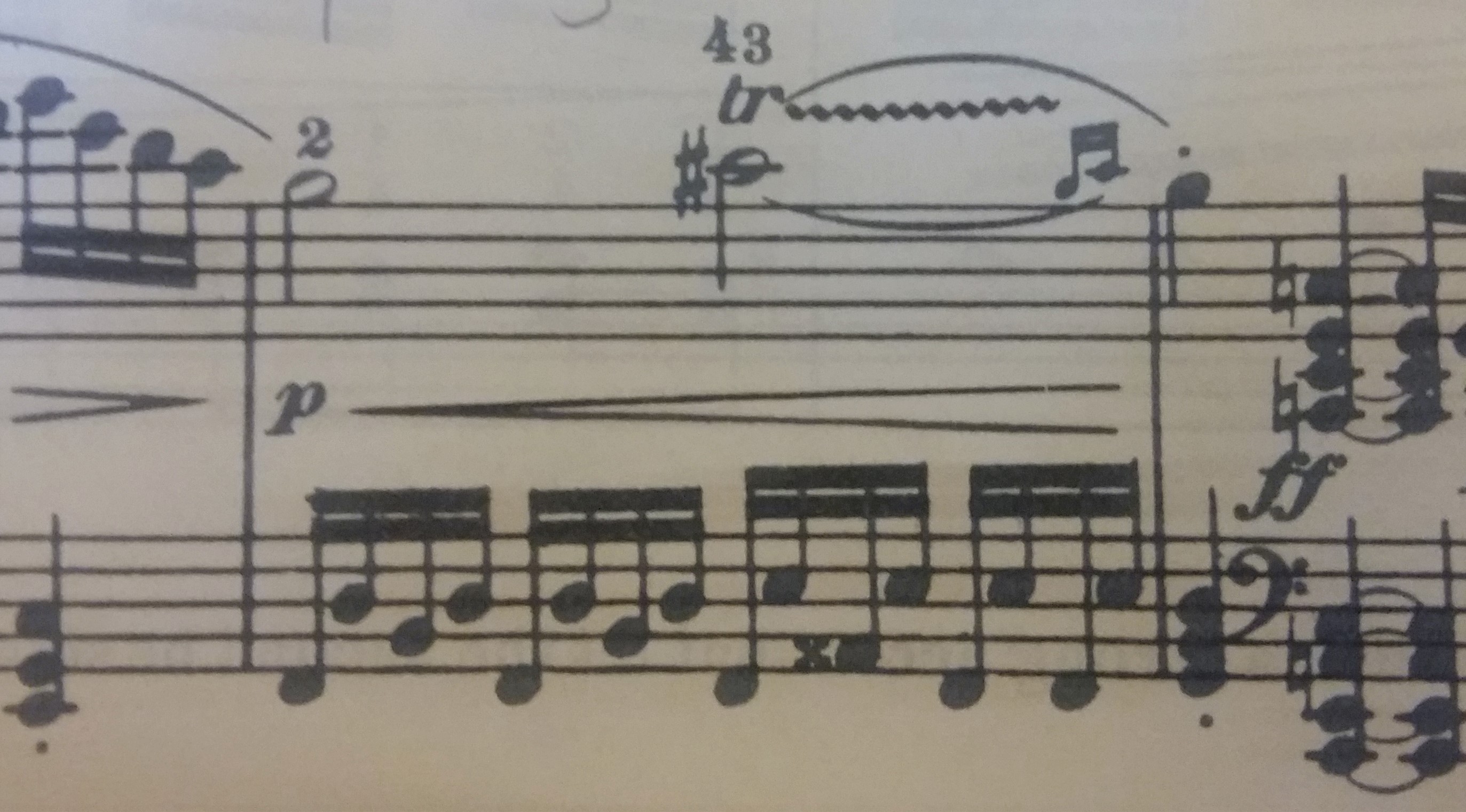 Do the semiquaver grace notes have the same value as the bass semiquavers underneath them? If I play the trill exactly in time with the left hand it sounds very "square":

Should the grace notes be played differently to the speed of the trill or should all the notes in the trill (and grace notes) be given the same speed?

How would this trill with grace note ending be written out?

The notated value of grace notes at the end of a trill is conventional, though it is usually approximately correct (e.g. you are more likely to see 32nd-notes in a slow movement than in a fast one).

The termination of the trill should be at the same speed as the trill itself.

That said, if you can play triplets (or 32-notes as suggested in a comment) for the first part of this trill, your tempo for the whole movement is too slow. It's "Presto Agitato", not "Allegro Con Brio!". The 16th notes should be as "fast as you can play them."

Nine notes, including the turn, is about as many as will fit into the complete trill at the proper tempo. There is no reason why the speed of a trill ever needs to fit like clockwork with simultaneous written notes. In fact if you think the trill plus a turn has any melodic function, it would be perfectly reasonable to play fewer notes than the written-out 16ths - i.e a seven-note trill.

Incidentally, in the first edition the preceding trills (with the octave note below) have written turns, but this one does not. Some editor wrote the turn you are asking about, not Beethoven. The corresponding trill in the recapitulation does have a turn in the first edition, but that isn't much of an excuse for tidying up the score using "copy-and-paste" editing!

Because the tempo is very fast, textbook suggestions about the duration of trill notes and terminations may need to be sacrificed for playability. Your write-out is perfectly reasonable and won't sound "square" when played up to tempo. It's unusual for the trill termination notes to be significantly longer than the trill notes, but I've heard it done, especially with Beethoven.

Not the answer you're looking for? Browse other questions tagged piano trills or ask your own question.

2
Interpreting ornamentation in Haydn Piano Sonata in G Major Hob. XVI: 8
17
Do accidentals earlier in the measure affect a trill?
23
Why crescendo or decrescendo over one long note in piano music?
2
Why does Presto always trip me up?
1
Able to play the right hand Presto on the first try?
2
Descending trill in Chopin's Military Polonaise?
4
Piano: quaver triplets in RH v dotted quaver and semiquaver in LH
0
Why does thinking in terms of eighth note beats help me to play at a Presto tempo?