This came up when a user on Musescore by the name of Tortualex gave me suggestions for my C minor piano sonata after I told him that I wanted to be innovative with it like how Beethoven was more than 2 centuries before. Here is what he said with the part relevant to this particular question highlighted in bold and some word corrections:

In my sonata in E minor I used 3 themes one in E minor, another in the relative major transposed to minor (g minor) and I used that theme as a connection to another theme in G major.

What if you make something like that? A 3 themed sonata. For the first theme C minor, to make things interesting you can make the second theme in phrygian, a minor scale with minor second, that would mike things darker, and for the real "second theme" that is going to be in the dominant major instead of the relative major.

You will have a lot of thematic material to make a sonata of 7 minutes of more, for the recapitulation you can break the rules even more, making the second theme in the dominant in major to use it as a secondary dominant to c minor, later you can make a second development, and then you make a real recapitulation. That sonata would be super interesting. I don't know if someone has made something like that before but I think that not.

This would be going from C minor(of which the dominant is G major) to D Locrian. It is hard to make Locrian feel like the tonic but that is not what I would be doing here. Instead I would be using it as a dominant which is very natural given that a diminished triad is built right into the sound of Locrian. Here are the 7th chords that exist in each of the modes and you'll see Locrian at the very bottom of the chart: 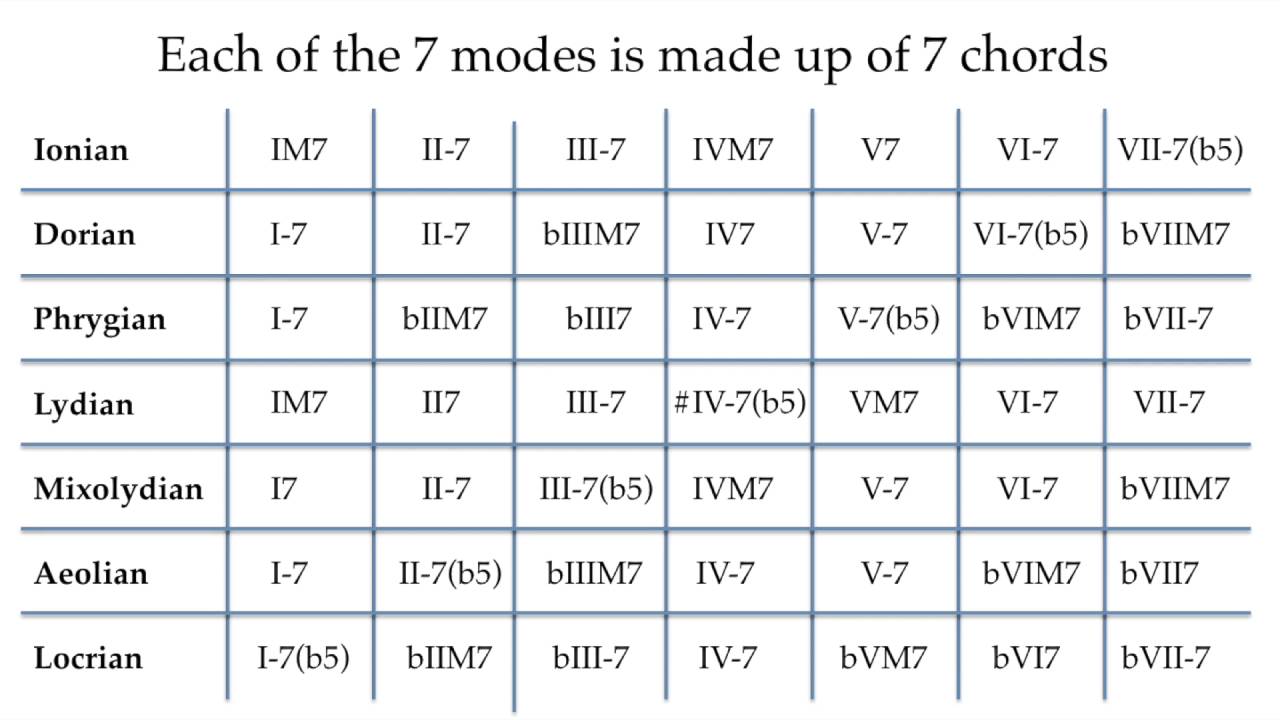 So in other words I would be doing something like this:

But this doesn't feel like G is a secondary dominant at all, just that D half diminished is a dominant extension.

This again doesn't really seem like a secondary dominant is being used here unless you consider the B to be a downward leading tone to Bb as it goes from G major to G phrygian. Then, I would consider the G major to be a secondary dominant. But it is very hard to hear the B as a downward leading tone because going from the major dominant to the minor dominant adds dissonance, it doesn't subtract it. That and if you extend it to 7th chords, the tritone is lost completely in the minor 7th and so it feels like it has tonic function, like you could just stay in G phrygian forever. It doesn't want to resolve to C minor.

I think this key reversal between themes is more what Tortualex meant when he suggested that in the first recapitulation, I use G major as a secondary dominant. Still, this is what I would end up with in the sections that aren't first and second development sections if I go with this expanded sonata form and do this key reversal:

Browse other questions tagged harmony sonata or ask your own question.

12
Why does the dominant lead to the tonic?
5
What's going on in measures 11 - 16 of Beethoven's Sonata Appasionata?
3
Why does VII have dominant function in natural minor
8
How to make the dominant preparation less boring?
4
Are the 1,4,5 the primary chords in all modes?
6
Is a secondary dominant always a seventh chord?
3
Is the secondary dominant the same if my target chord is a major or minor of the same root?
6
Is Locrian a minor mode or is it a diminished mode?
0
Can bagatelles be in Sonata Form?
1
How does Sonata Form fit into a Waltz?