What method of harmonization is Slonimsky using to generate the seven chord progression that belongs to pattern 10? My understanding so far is that the pitches that divide the octave C-F#-C into equal distances are ornamented with 2 notes in between (interpolation) and the first chord C Major outlines SATB, with the ascending form of pattern 10 in the S. 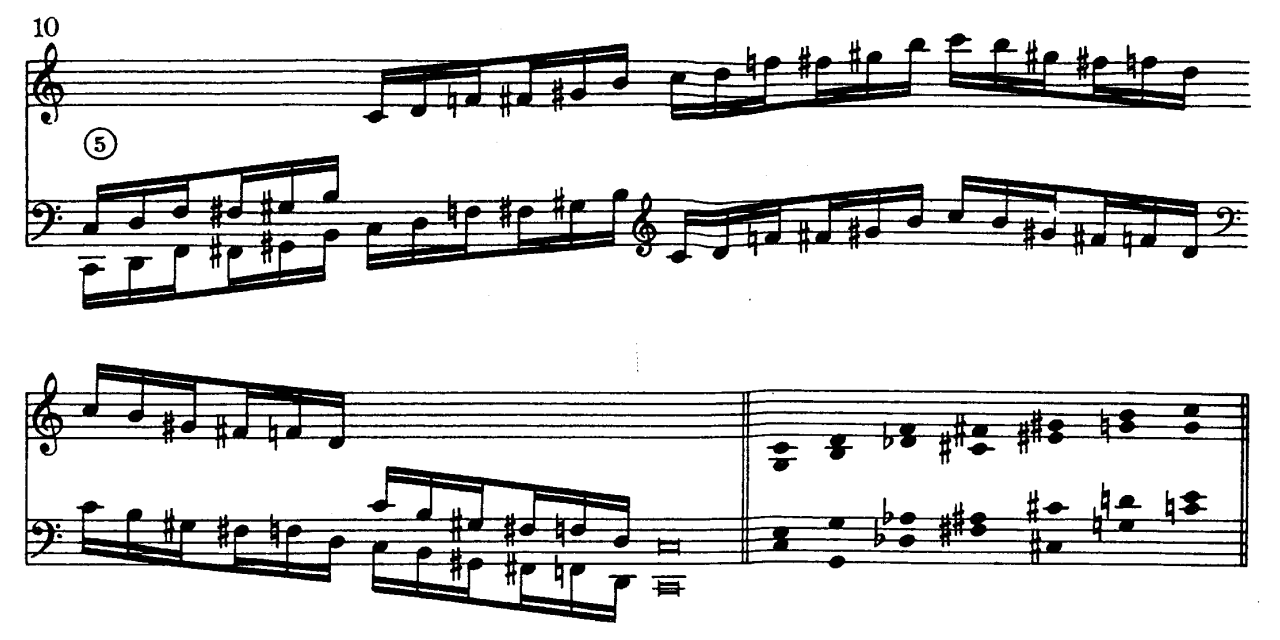 In the second group the final root movement changes the A3 to the enharmonic equivalent P4.

If you then elide the ending C chord, the pattern repeats at the octave.

All chords are in root position. The treble part above uses this sequence of chord tones relative to each root: root, fifth, third. That pattern is sequenced at the tritone and the two groups form the scale.

Learned both of the following from Mr. Sloninmsky in the 1970s:

The scale shown is alternating major second, augmented second, minor second -- this gives us both the tritone and the octave.

Not the answer you're looking for? Browse other questions tagged scales harmony chord-progressions or ask your own question.

4
The melody+chords pattern in perspective
2
Chords derived from uncommon scales
1
Substituting all chords with relative minor/major…?
1
Question about Harmonization
2
Help with multiple voice harmonization
1
Harmonization of bebop scale
3
Harmonization a minor third in a major key
6
Does a scale have more than seven chords?
2
Why harmonize major scale with sus chords?
1
What does “non-conformant” harmonization mean?